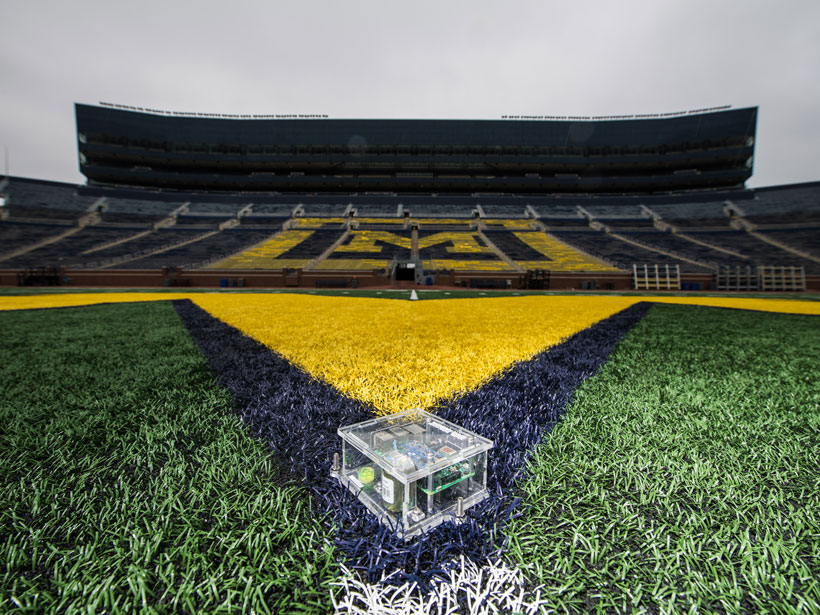 Much of the research, presented in a session on “Social Seismology” at AGU’s virtual Fall Meeting 2020, featured data collected with Raspberry Shake seismographs. These small detectors use open-source software to visualize local seismic patterns. Seismic data recorded by a Raspberry Shake device are uploaded into a consolidated database, allowing students anywhere to access and contribute to the public’s seismic knowledge, said session convener and chair Koen Van Noten of the Royal Observatory of Belgium. “It’s a social effort to make seismology reachable and also to make the hidden science understandable.”

Yuri Tamama, a junior at Princeton University studying geosciences, was one of thousands of students who faced the uncertainty of remote learning. She also confronted the challenge of completing a summer internship without physical proximity to her advisers. But in this challenge, she saw an opportunity.

“One of my advisers sent me the Twitter post that showed how the seismic records showed a lockdown,” said Tamama, “which I found really interesting.” The post announced a paper from seismologist Thomas Lecocq of the Royal Observatory of Belgium documenting the seismic silence created by worldwide COVID-19 restrictions.

Inspired by this observation, Tamama decided to use the seismometer at Princeton to learn how restrictions had affected her campus specifically. Her data reflected local stay-at-home orders issued in New Jersey. “Before doing all this work, I never thought that seismology could be used to record human activity,” Tamama said.

From an educator’s perspective, COVID-19 added a layer of complexity to maintaining the interest of a class. To get his students at the University of Michigan more engaged in their studies, geologist Ben van der Pluijm had Raspberry Shake sensors installed at various locations around the Ann Arbor campus.

One seismograph was situated near Michigan Stadium, the university’s football stadium, which holds more than 100,000 fans. The device had been monitoring ground motion to reveal shaking patterns associated with touchdown cheers and specific songs. After the lockdown, van der Pluijm continued to monitor the device’s seismometer and used Lecocq’s code to visualize the pandemic’s silence. “Suddenly, this funny seismometer became a major COVID sensor,” said van der Pluijm.

Seismologist Alan L. Kafka, director of Weston Observatory at Boston College, is also using Raspberry Shake as a teaching device. “My intention is to integrate the educational and citizen science part of this with the research part of it,” said Kafka.

Kafka’s dual appointments as teacher and director allowed him and his students to compare seismograms from expensive seismographs to those they received from inexpensive alternatives. “The Raspberry Shakes turned out to be basically almost as good at telling a story as the more expensive instruments,” Kafka noted.

Van der Pluijm emphasized the importance of integrating science into people’s everyday experiences. “You might call it educational, but it’s actually more even a relevance issue,” he said. “Earth science needs to do a better job of showing why you can have fun with science.”