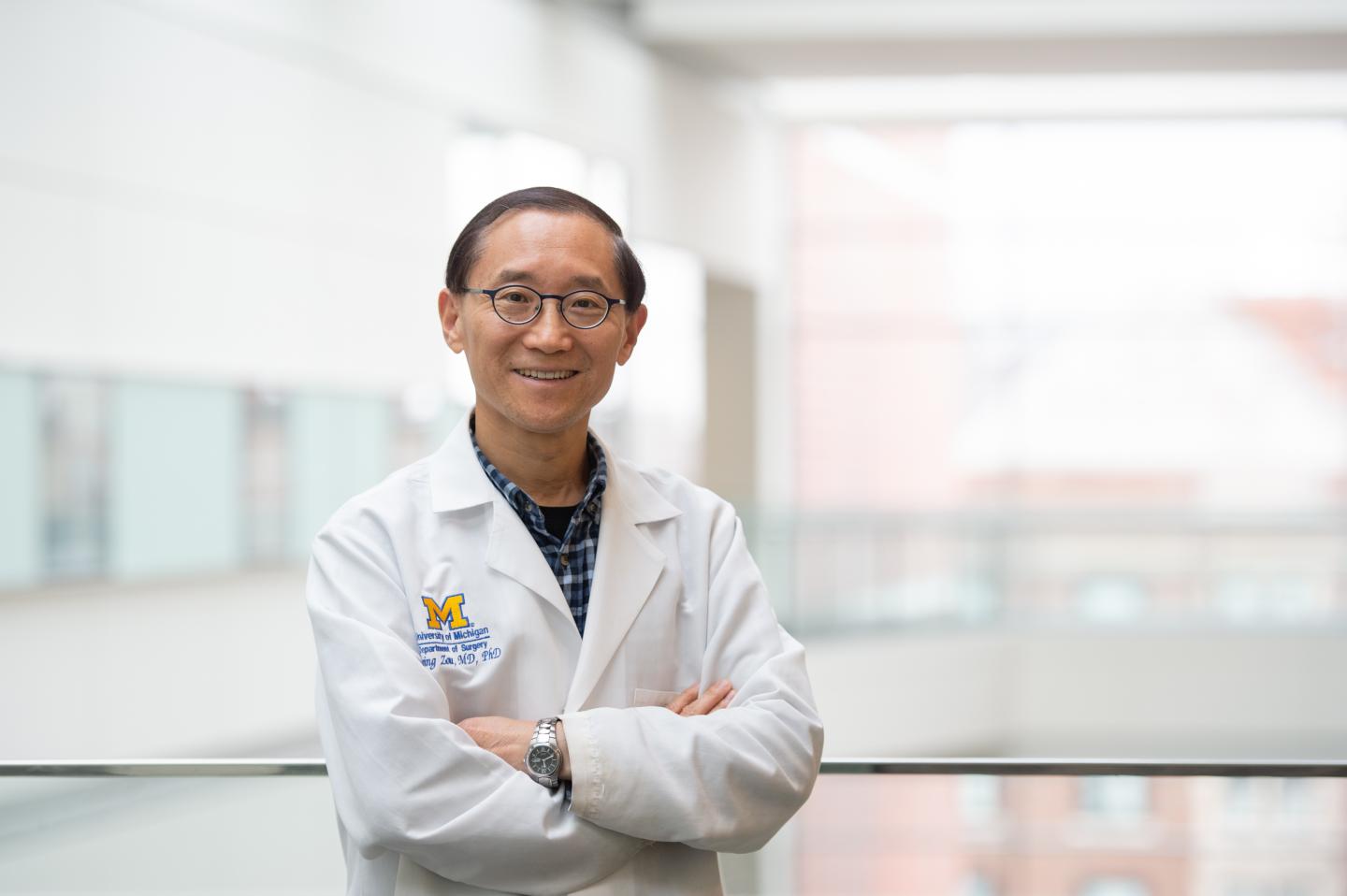 ANN ARBOR, Michigan — Michael Green, M.D., Ph.D., noticed that when his patients had cancer that spread to the liver, they fared poorly – more so than when cancer spread to other parts of the body. Not only that, but transformative immunotherapy treatments had little impact for these patient.

Uncovering the reason and a possible solution, a new study, published in Nature Medicine, finds that tumors in the liver siphon off critical immune cells, rendering immunotherapy ineffective. But coupling immunotherapy with radiotherapy to the liver in mice restored the immune cell function and led to better outcomes.

“Patients with liver metastases receive little benefit from immunotherapy, a treatment that has been a game-changer for many cancers. Our research suggests that we can reverse this resistance using radiation therapy. This has potential to make a real difference in outcomes for these patients,” says Green, assistant professor of radiation oncology at Michigan Medicine and corresponding author on the paper.

A multidisciplinary team from the University of Michigan Rogel Cancer Center looked at data from 718 patients who had received immunotherapy at the center. Patients had a variety of cancer types, including non-small cell lung cancer, melanoma, urothelial cancer and renal cell cancer, which had spread to different organs, including the liver and lungs.

Repeatedly, those with liver metastases had worse responses to immunotherapy. The issue was not just in the liver either: these patients had more cancer throughout their bodies, compared to similar patients whose cancer had spread but not to the liver.

“The liver is initiating a systemic immunosuppressive mechanism. The mechanism happens in the liver, but we see the systemic impact throughout the body,” says corresponding study author Weiping Zou, M.D., Ph.D., Charles B. de Nancrede Professor of Surgery, Pathology, Immunology and Biology at the University of Michigan.

The liver is one of the most common site to which cancer metastasizes. It’s known to interfere with immune response in autoimmune diseases, viral infections and organ transplants by suppressing certain critical immune cells.

This was playing out in metastatic cancer as oncologists observed a lack of immune response. Green notes that patients with liver metastases who received chemotherapy or targeted therapies did not have worse outcomes compared to those with other types of metastases. “It’s unique to immunotherapy,” he says.

Looking within the microenvironment of the liver metastases, researchers saw that the tumors were siphoning off the T cells – immune cells that should have been working to attack the cancer. Not only were the T cells being eliminated in the liver, but this was also creating an immune desert throughout the body. As a result, the immune system could not be activated to fight tumors at any sites.

Using mice with liver metastases, researchers delivered radiation therapy directly to the tumors in the liver. This stopped T cell death. With the T cells restored, an immune checkpoint inhibitor was then able to activate the immune system to eliminate the cancer throughout the body, on par with results seen in non-liver metastases.

“It’s always a challenge to identify a novel mechanism of immune suppression and find a way to address it. With these promising results, we are now looking to open clinical trials in this space to better understand the mechanisms at play in human tumors,” Green says.

Clinical trials are currently being developed but are not yet available. For information about clinical trials open at the Rogel Cancer Center, visit http://www.rogelcancercenter.org/clinical-trials.