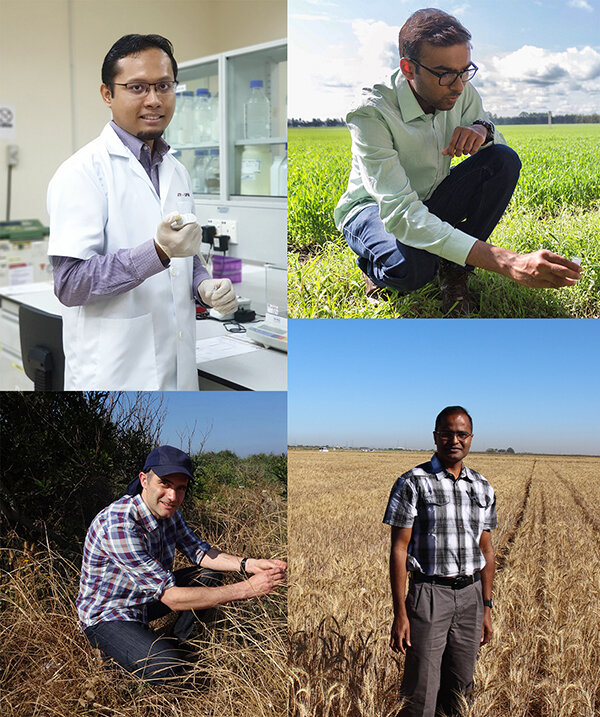 Stem rust is one of the most devastating fungal diseases of wheat and historically has caused dramatic, widespread crop failures resulting in significant yield losses around the world. Stem rust epidemics in major wheat growing areas could cause a major threat to global food security. Scientists have identified a resistance gene, Sr22, as one of the few characterized genes that protects against a large array of stem rust races.

Given its effectiveness against stem rust, Sr22 is an important gene. It was recently incorporated into a multi-Sr transgene stack and found to achieve complete field-immunity to stem rust. As a result of this success, scientists are looking for ways to deploy the gene in the field.

A new study in the MPMI journal describes the functional and evolutionary characterization of Sr22, based on a comprehensive search of the genomes and transcriptomes of 80 plant species. The study found that the gene is conserved among grasses in the Triticeae and Poeae lineages.

“We originally set out to mine Sr22 alleles and their function then expanded the work to include a large-scale comparison of the Sr22 locus across monocot species,” explained Dr. Guru Radhakrishnan who works for the John Innes Center in the United Kingdom. “This is when we discovered the surprising large-scale expansion of the Sr22 locus in the barley and oat lineages.”

This study also describes the sequence variation between different Sr22 alleles, which may be due to intra-allelic recombination. Three of the alleles were functionally characterized in transgenic wheat and two of these were found to confer resistance to the notorious Ug99 isolate of the wheat stem rust pathogen.

“To our knowledge, this is the first study to comprehensively explore the evolution of a resistance gene across a broad range of monocot lineages in addition to exploring allelic variation between accessions of monocot species,” added first author Dr. M. Asyraf Md. Hatta. “With more high-quality monocot genome and transcriptome assemblies becoming available, such studies are expected to provide valuable insights on the evolution of resistance genes in this agriculturally important group of plants.”

Their study contributes valuable knowledge on plant disease resistance gene function and evolution, which can facilitate the improvement of crops against agriculturally important diseases, such as stem rust. To learn more, read “Extensive Genetic Variation at the Sr22 Wheat Stem Rust Resistance Gene Locus in the Grasses Revealed Through Evolutionary Genomics and Functional Analyses” published in the November issue of the MPMI journal.