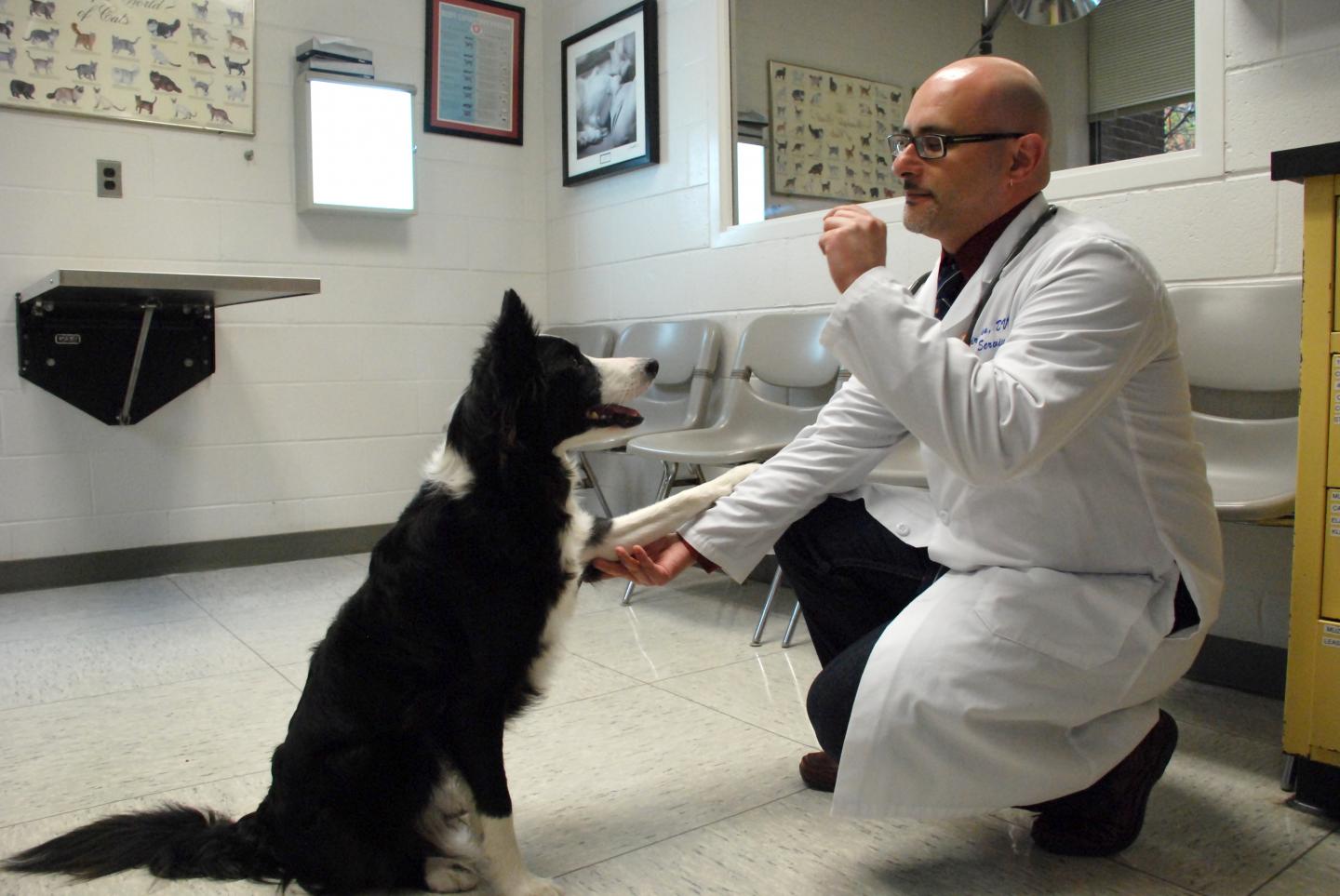 There is a saying that you can’t teach old dogs new tricks. When it comes to canine behavioral problems, age is only one factor that can predict how well a pet may respond to clinical intervention. In a paper published in Frontiers in Veterinary Science, researchers provide the first evidence on the importance of not just a dog’s age, sex and size on treatment success, but the owner’s personality and the kind of bond that human and animal share.

The study analyzed the physiological and psychological characteristics of 131 dog-owner pairs who attended a veterinary behavioral service over a six-month period. The statistical results were based on a behavioral assessment questionnaire that was given at the beginning, middle and end of the research program, along with other baseline assessments. Data collected included various types of aggressive behavior, signs of separation anxiety, and the animal’s energy and excitability levels.

The team at the University of Pennsylvania’s School of Veterinary Medicine (PennVet) found that while the dogs that showed the most improvement were those that started with the least desirable behaviors, such as being overly aggressive or excitable, other results were counterintuitive. For example, canines with owners who considered themselves conscientious did not show significant behavioral improvement compared to others.

“This was a surprising result, which was in some ways at odds with the findings from a previous study,” said Dr. Lauren Powell, lead author of the paper and a postdoctoral researcher at the University of Pennsylvania, referring to a 2018 paper in PLOS One that investigated the associations between owner personality and psychological status with the prevalence of canine behavior problems.

There could be at least a couple of explanations for these conflicting results, according to Powell. Conscientious dog owners in the current study, for instance, may have already exhausted the limits of reducing undesirable behaviors like a dog’s aggression toward strangers.

Identifying the factors that predict success or failure in correcting canine behavioral problems may help veterinarians provide better guidance to owners in the future. For example, the study revealed a negative relationship between introverted owners and fearful dogs in terms of treatment outcomes. In such cases, a veterinarian could use that information to explain to the pet owner why the dog needs to choose when it wants to interact or be left alone.

“Veterinarians that are able to pick out situations where dogs may be at risk for low improvement can also be more proactive during the follow-up, reaching out to the clients more frequently and empathetically,” Powell explained.

One reason why veterinary scientists are interested in improving behavioral outcomes is that research has consistently shown that poor canine behavior is a leading cause of pet abandonment. An estimated 3.3 million dogs end up in animal shelters in the United States each year, and about 670,000 are euthanized, according to the American Society for the Prevention of Cruelty to Animals (ASPCA).

While the PennVet team has no immediate plans for follow-up studies, Powell said it would be valuable to investigate why so many problem behaviors did not appear to respond to treatment.

“This would involve more detailed follow-up of cases to look at issues such as owner compliance with treatment protocols, owners’ decisions to euthanize or rehome their dogs, and why some owners failed to complete the study,” she said.