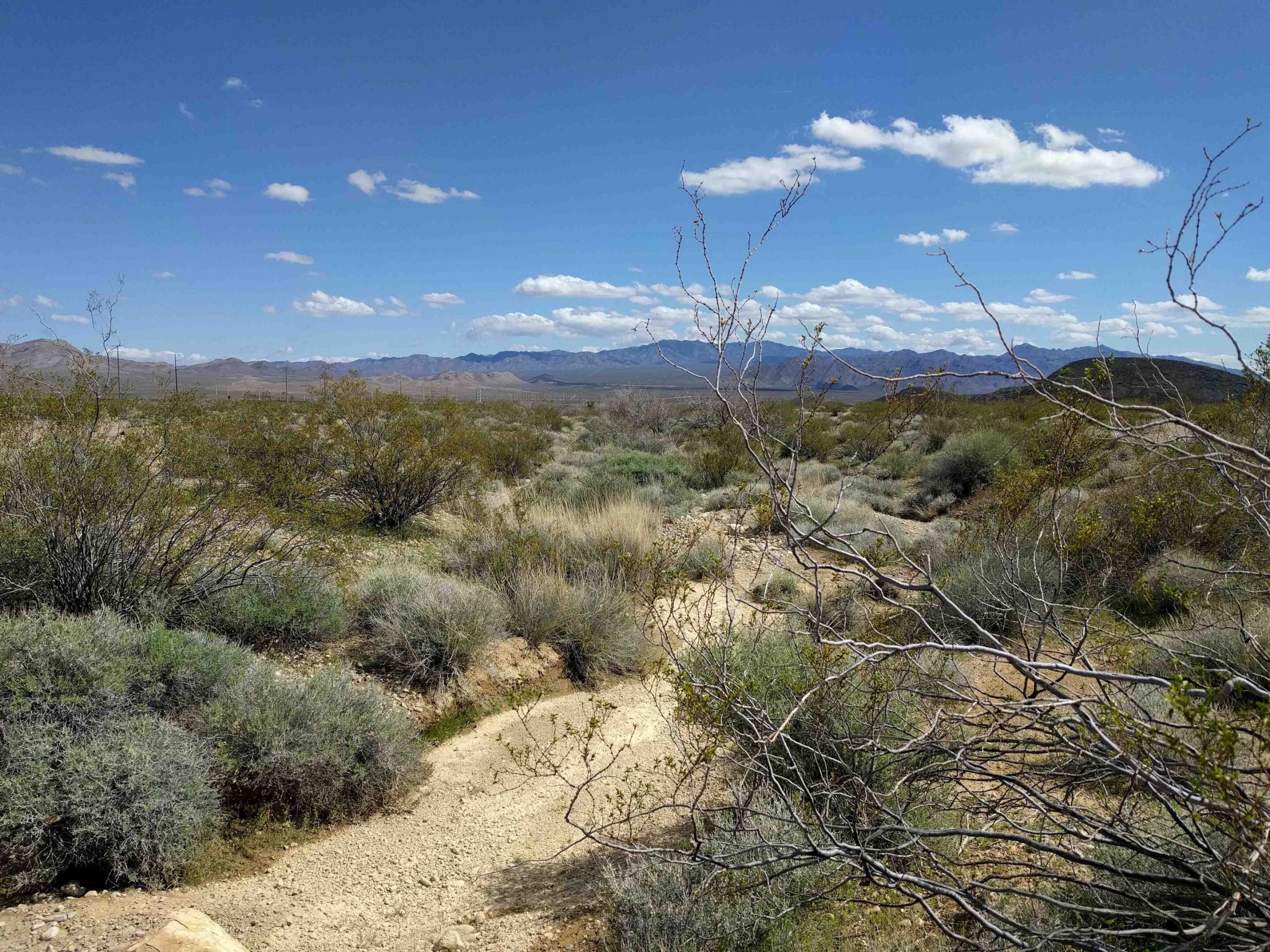 From 1997 to 2014, the U.S. Fish and Wildlife Service moved more than 9,100 Mojave desert tortoises to the 100-square-kilometer (about 39 miles square) Large Scale Translocation Site. The newcomers, many of which were abandoned pets or had been displaced by development, joined nearly 1,500 desert tortoises already living there.

Conventional wisdom would suggest that tortoises from areas closest to the translocation site would fare best. But a new UCLA study, published today in Science, found no connection between the tortoises’ place of origin and their chances of survival. It did, however, uncover a far better predictor.

Tortoises with lots of genetic variation were much more likely to survive after their relocation, said UCLA conservation ecologist Brad Shaffer, the study’s senior author. Like most organisms, tortoises have two copies of their entire genome, with one copy from each parent. The more those copies differ from each other, the higher the organism’s heterozygosity.

The researchers compared translocated tortoises that lived or died over the same time period after being relocated to the site. They found that survivors averaged 23% greater heterozygosity than those that perished. Simply put, tortoises with more genetic variation had higher survival rates.

“It flies in the face of what we know from other translocation studies, but lots of genetic variation was hands-down the best predictor of whether a tortoise lived or died,” said Shaffer, a professor of ecology and evolutionary biology and director of the UCLA La Kretz Center for California Conservation Science. “Relocating endangered plants and animals is increasingly necessary to counteract the effects of climate change, and this gives us a new tool to increase survival rates.”

Although the relationship between heterozygosity and survival was well supported by the study, it’s unclear why greater genetic variation is linked to survival rates, said former UCLA postdoctoral scholar Peter Scott, the study’s lead author.

“Potentially, individuals with higher heterozygosity have more genomic flexibility,” said Scott, who is now an assistant professor at West Texas A&M University. “It’s likely that tortoises with more variation have a better chance of having one copy of a gene that works really well in stressful or new environments compared to those individuals with two identical copies that only work really well in their environment of origin.”

The researchers wanted to make tortoise conservation efforts more effective, and uncover trends that would help other species as well, Scott said.

“Oftentimes, the chances of success for relocating plants or animals is pretty dismal,” he said. “We wanted to understand why, and use that understanding to increase survival.”

Over the years, tortoises that were given up as pets, or removed from places like developments in suburban Las Vegas and solar farms in the desert, were surrendered to the U.S. Fish and Wildlife Service.

The agency took blood samples to screen for diseases and marked each animal before releasing them into the Ivanpah Valley site, which enabled the animals to be tracked in later surveys. The UCLA researchers sequenced blood samples drawn from 79 tortoises that were released to the site and were known to be alive in 2015, and from another 87 known to have died after they were released at the site.

Although the Large Scale Translocation Site provided an intriguing dataset, it’s not the same as a controlled experiment. Additional studies would be needed to understand why more heterozygous tortoises had a higher survival probability and precisely how much of an increase in genetic variation improves a tortoise‘s odds of surviving.

“The only reason we could do this study was because the U.S. Fish and Wildlife Service was incredibly forward-thinking when they set up the translocation site and tracked who lived and died,” Shaffer said. “Many died, and no one was happy about that. But we can learn a lot from that unfortunate result to help conservation management improve.

“When thinking about moving animals or plants out of danger, or repopulating an area emptied by wildfire, now we can easily and economically measure genetic variability to better gauge the survival probability of those translocated individuals. It’s not the only criteria, but it’s an important piece of the puzzle.”

Tortoise relocation proves to be effective for conservation