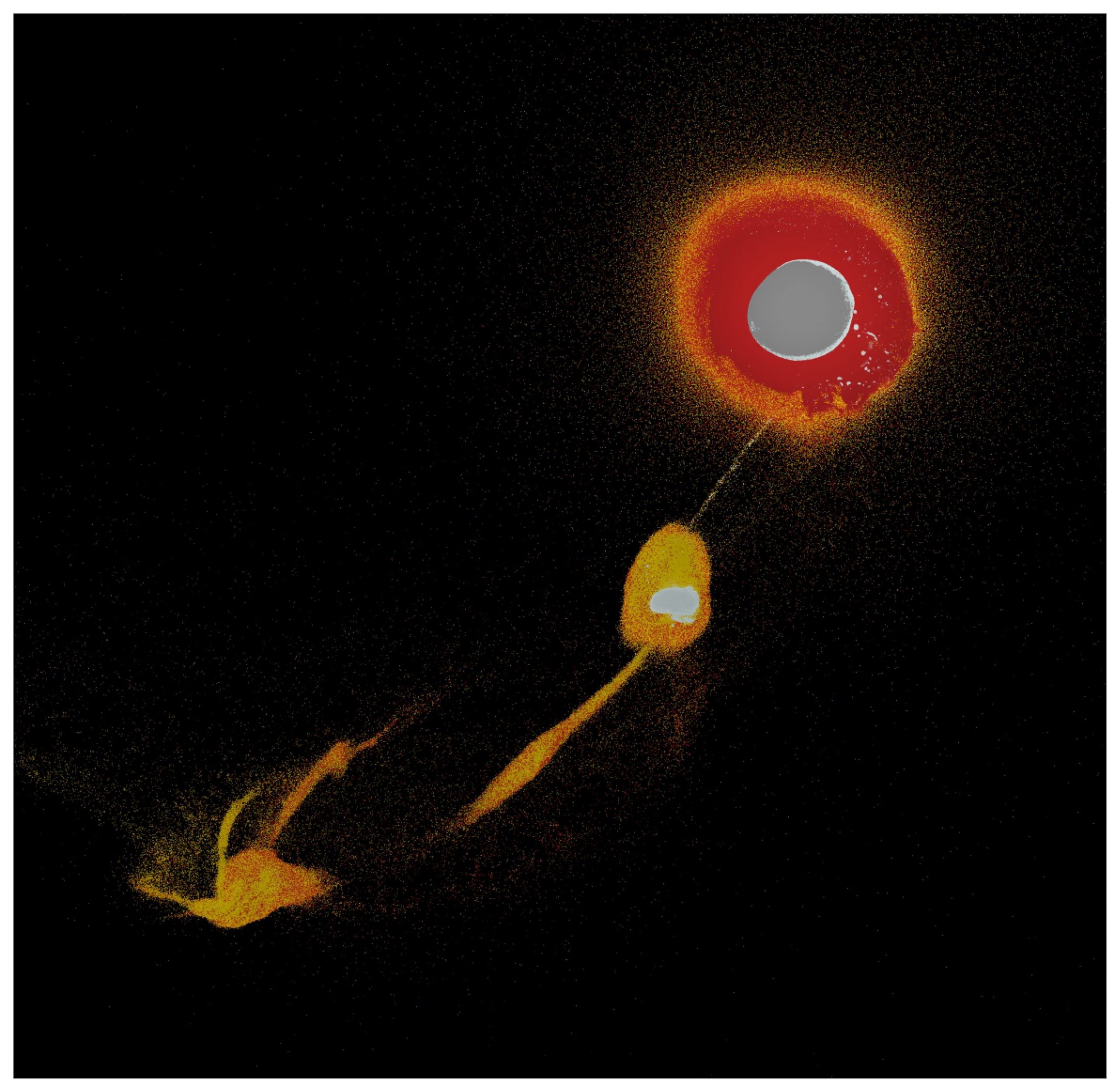 Astronomers have taken a step towards understanding how the Moon might have formed out of a giant collision between the early Earth and another massive object 4.5 billion years ago.

Their simulations produced an orbiting body that could potentially evolve into a Moon-like object.

While the researchers are careful to say that this is not definitive proof of the Moon’s origin, they add that it could be a promising stage in understanding how our nearest neighbour might have formed.

The findings are published in the journal Monthly Notices of the Royal Astronomical Society.

The Moon is thought to have formed in a collision between the early Earth and Theia, which scientists believe might have been an ancient planet in our solar system, about the size of Mars.

Researchers ran simulations to track material from the early Earth and Theia for four days after their collision, then ran other simulations after spinning Theia like a pool ball.

The simulated collision with the early Earth produced different results depending upon the size and direction of Theia’s initial spin.

At one extreme the collision merged the two objects together while at the other there was a grazing hit-and-run impact.

Importantly, the simulation where no spin was added to Theia produced a self-gravitating clump of material with a mass of about 80 percent of the Moon, while another Moon-like object was created when a small amount of spin was added.

The resulting clump, which settles into an orbit around the post-impact Earth, would grow by sweeping up the disc of debris surrounding our planet.

The simulated clump also has a small iron core, similar to that of the Moon, with an outer layer of materials made up from the early Earth and Theia.

Recent analysis of oxygen isotope ratios in the lunar samples collected by the Apollo space missions suggests that a mixture of early Earth and impactor material might have formed the Moon.

Lead author Sergio Ruiz-Bonilla, a Ph.D. researcher in Durham University’s Institute for Computational Cosmology, said: “By adding different amounts of spin to Theia in simulations, or by having no spin at all, it gives you a whole range of different outcomes for what might have happened when the early Earth was hit by a massive object all those billions of years ago.

“It’s exciting that some of our simulations produced this orbiting clump of material that is relatively not much smaller than the Moon, with a disc of additional material around the post-impact Earth that would help the clump grow in mass over time.

“I wouldn’t say that this is the Moon, but it’s certainly a very interesting place to continue looking.”

The Durham-led research team now plan to run further simulations altering the mass, speed and spinning rate of both the target and impactor to see what effect this has on the formation of a potential Moon.

Co-author Dr. Vincent Eke, of Durham University’s Institute for Computational Cosmology, said: “We get a number of different outcomes depending upon whether or not we introduce spin to Theia before it crashes into the early Earth.

“It’s particularly fascinating that when no spin or very little spin is added to Theia that the impact with the early Earth leaves a trail of debris behind, which in some cases includes a body large enough to deserve being called a proto-Moon.

“There may well be a number of possible collisions that have yet to be investigated that could get us even closer to understanding just how the Moon formed in the first place.”

How the moon formed: New research sheds light on what happened