Abnormally hyperactive areas in the brain may help better predict the onset of Alzheimer’s disease, according to findings of a research team led by Université de Montreal psychology professor Sylvie Belleville, scientific Director of the Institut universitaire de gériatrie de Montréal research centre. Hyperactivation could be an early biomarker of Alzheimer’s disease, the researchers say […] 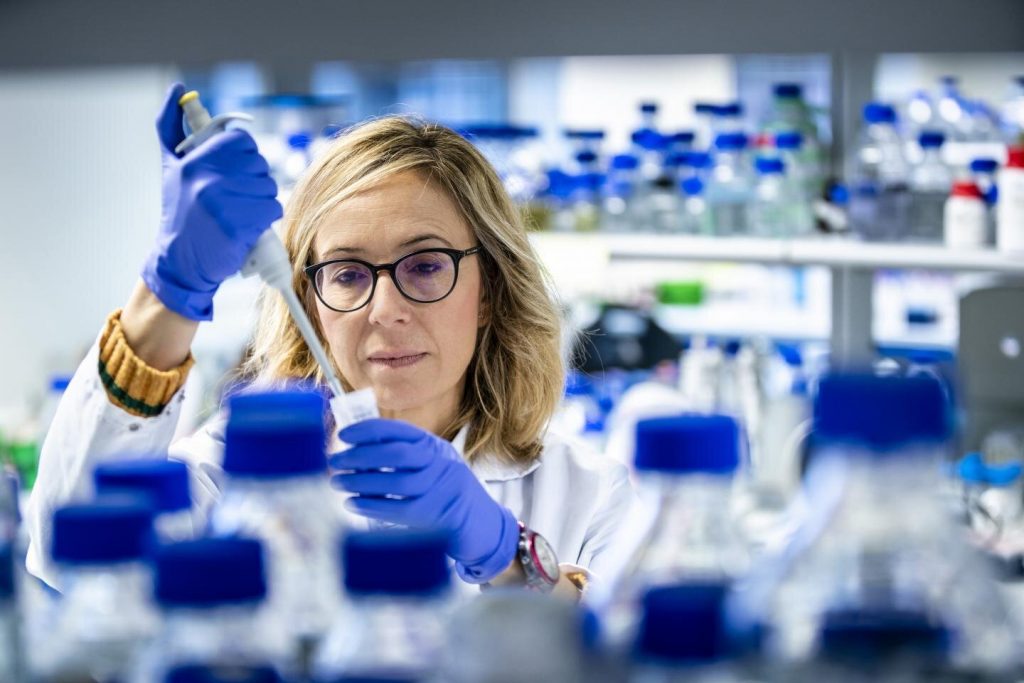 Using the ESRF cryo-electron microscope and Small Angle X-ray Scattering at the ESRF’s beamline BM29, the researchers managed to decipher the role of ECSIT in mitochondrial activity. Credit: ESRF/Stef Candé An international team of scientists led by the ESRF, the European Synchrotron, have found how the ECSIT protein dictates the behavior of proteins linked to […]

Researchers at the University of Gothenburg in Sweden, together with their colleagues at the Barcelona Beta Research Centre in Spain, the University Medical Centre in Ljubljana, Slovenia, and the University of Paris, have found new forms of tau protein that become abnormal in the very early stages of Alzheimer’s disease before cognitive problems develop. The […]

Researchers at Karolinska Institutet in Sweden have studied the incidence and regional distribution of Alzheimer’s disease biomarkers in the brains of people with Down’s syndrome. The results can bring new possibilities for earlier diagnosis and preventive treatment of dementia. The study is published in Molecular Neurodegeneration. While medical advances and improvements of life quality have […]

New research from the University of Eastern Finland explores the role of diabetes in the cellular and molecular changes underlying Alzheimer’s disease (AD). In an AD mouse model, diabetes induced through a diet rich in fats and sugars weakened the accumulation of microglial cells around amyloid plaques and increased the formation of neuritic plaques with […]

A study led by the Cedars-Sinai Department of Neurosurgery has identified certain regions in the retina — the lining found in the back of the eye — that are more affected by Alzheimer’s disease than other areas. The findings may help physicians predict changes in the brain as well as cognitive deterioration, even for patients […]