Bird with tall, sickle-shaped beak reveals hidden diversity during the age of dinosaurs 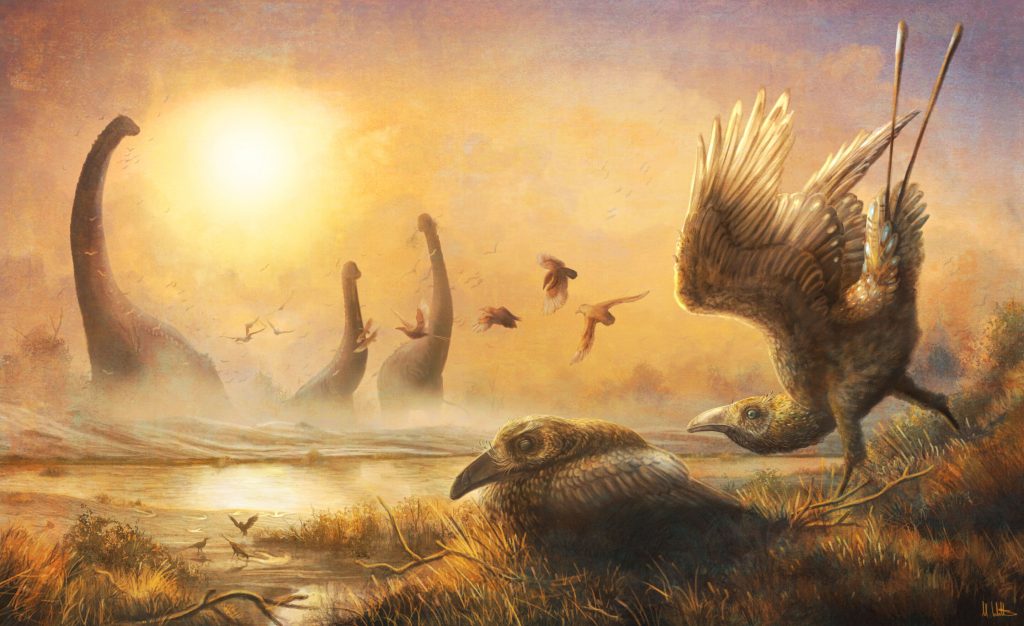 Illustration depicting the early bird Falcatakely amidst nonavian dinosaurs and other creatures during the Late Cretaceous in Madagascar. Credit: Mark Witton. A Cretaceous-age, crow-sized bird from Madagascar would have sliced its way through the air wielding a large, blade-like beak and offers important new insights on the evolution of face and beak shape in the […] 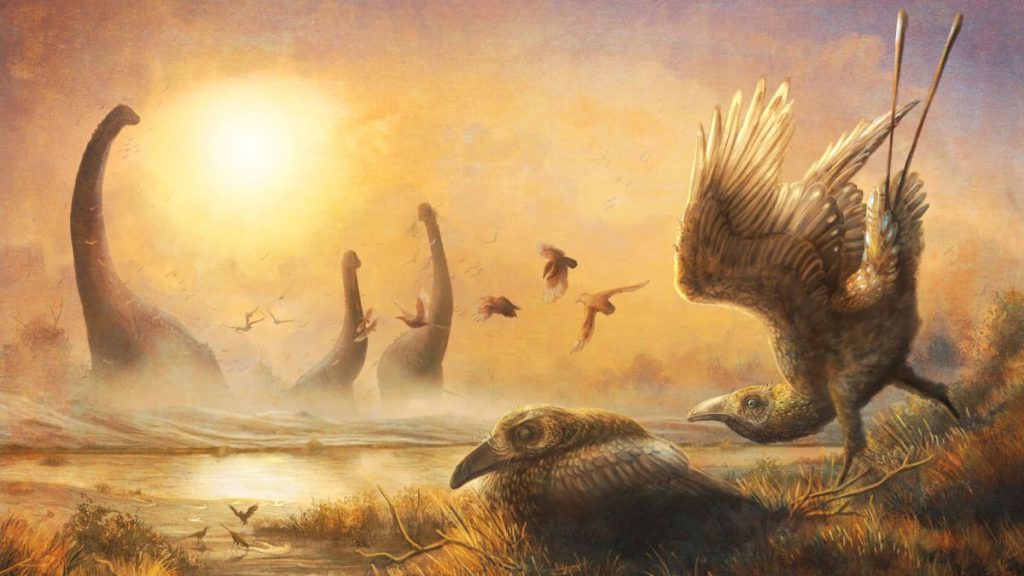 In what may be one of the weirdest animal mash-ups, scientists have found the 68 million-year-old fossilized skull of an early bird with a Velociraptor-like face and a toucan-like beak, a new study finds.  This crow-size bird lived in northwestern Madagascar during the late Cretaceous, when dinosaurs walked the Earth. And its bizarre beaky face […]

A new species of small pterosaur — similar in size to a turkey — has been discovered, which is unlike any other pterosaur seen before due to its long slender toothless beak. The fossilised piece of beak was a surprising find and was initially assumed to be part of the fin spine of a fish, […]