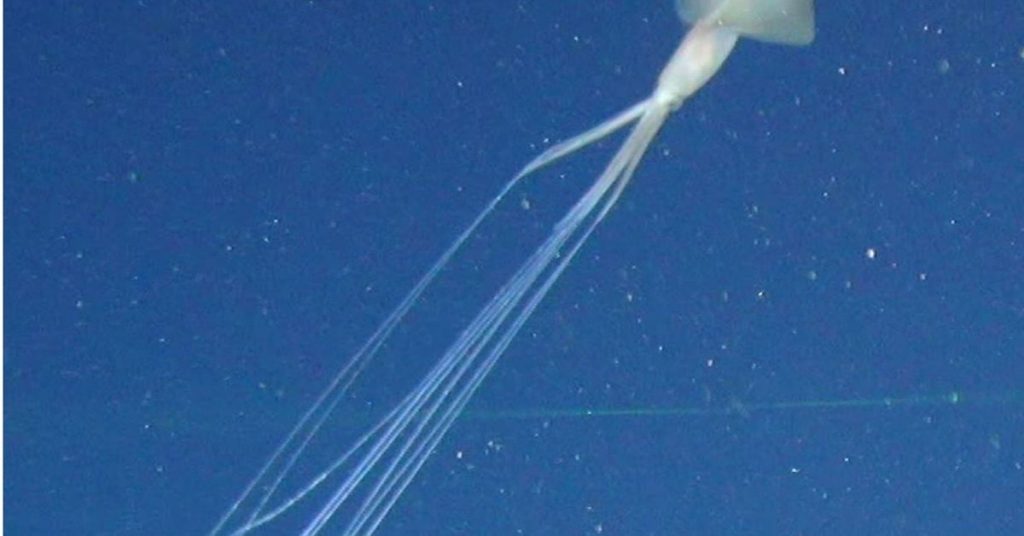 Five bigfin squids were documented off the coast of Australia. (Deborah Osterhage/) Bigfin squid sightings are incredibly rare—the creatures live thousands of feet below the surface of the ocean, and only about a dozen sightings have ever been reported. In a study published Wednesday in Plos One, researchers captured the creatures on video off the […] 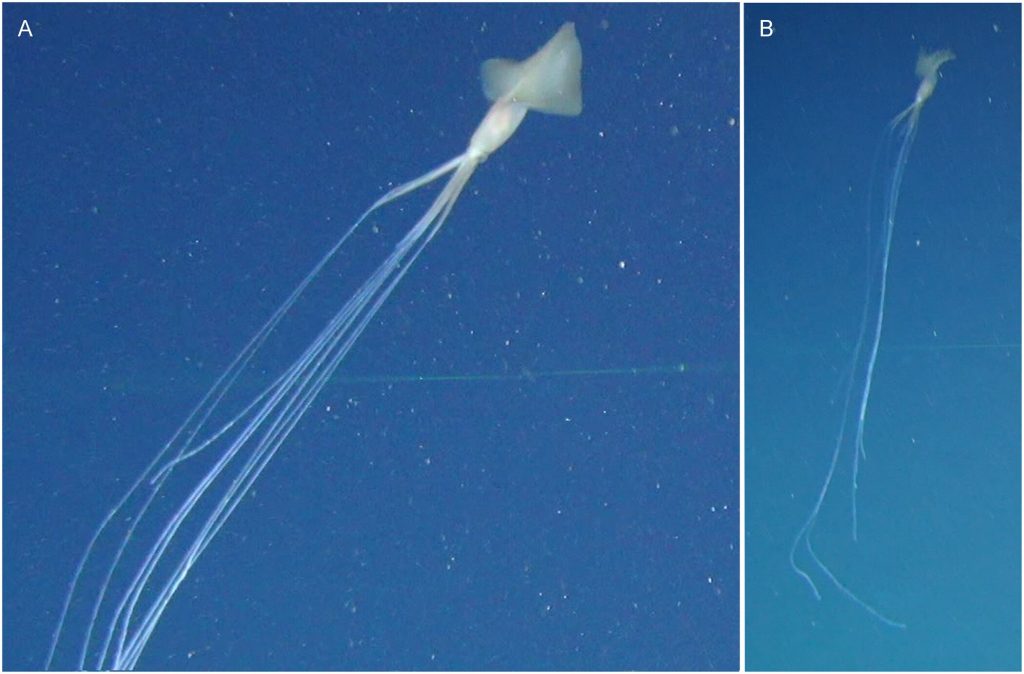 Sighting 3: ROV images of a Magnapinna squid at a depth of 3060 m. (A) Close view of the Magnapinna squid encountered 5.3 m above the seafloor with proximal arms/tentacles seen slightly opened and fins undulating slowly. (B) Full extent of arms/tentacles, the longest being approximately 1680 mm. Credit: PLOS ONE (2020). DOI: 10.1371/journal.pone.0241066 A […]