Credit: TU Delft/Makars Šiškins New research by scientists from Delft University of Technology and the University of Duisburg-Essen uses the motion of atomically thin graphene to identify noble gasses. These gasses are chemically passive and do not react with other materials, which makes it challenging to detect them. The findings are reported in the journal […]

Staying ahead of the curve with 3D curved graphene

IMAGE: An Electrical transport of 3D graphene with various curvature radii view more  Credit: Tohoku University A team of researchers has amplified 3D graphene’s electrical properties by controlling its curvature. “Our research showed the conservation and the degradation of the ultra-low dissipative transport of Dirac electrons on the 3D curved surface for the first time,” said […] 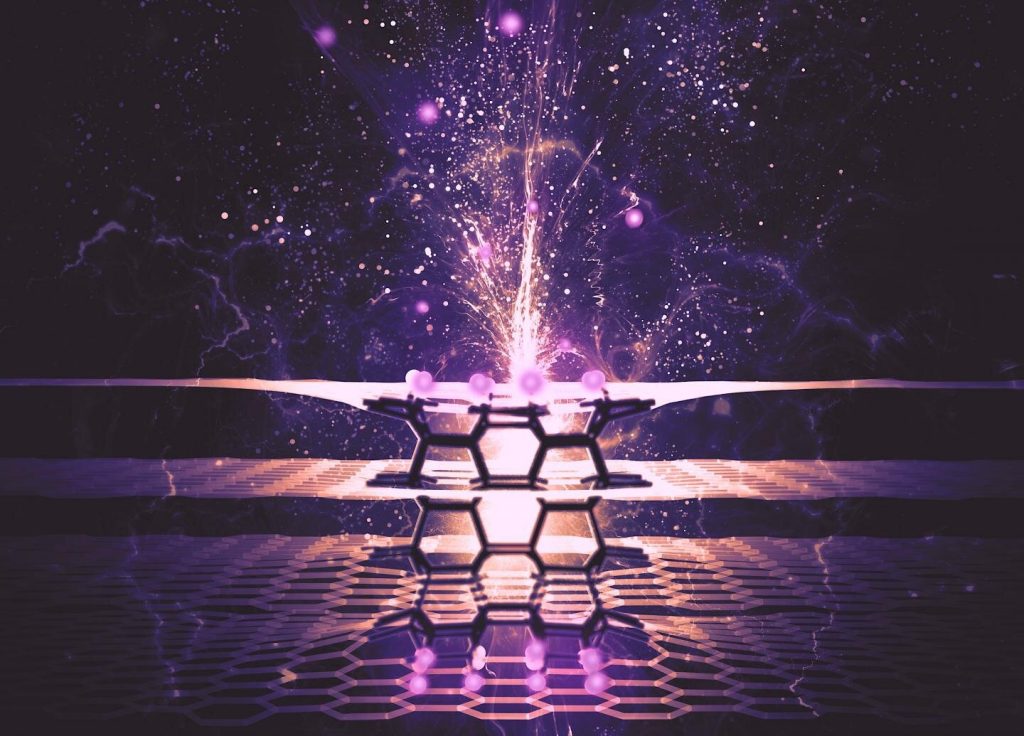 Rice University researchers have expanded their theory on converting graphene into 2D diamond, or diamane. They have determined that a pinpoint of pressure can trigger connections between layers of graphene, rearranging the lattice into cubic diamond. Credit: Pavel Sorokin Marrying two layers of graphene is an easy route to the blissful formation of nanoscale diamond, […] 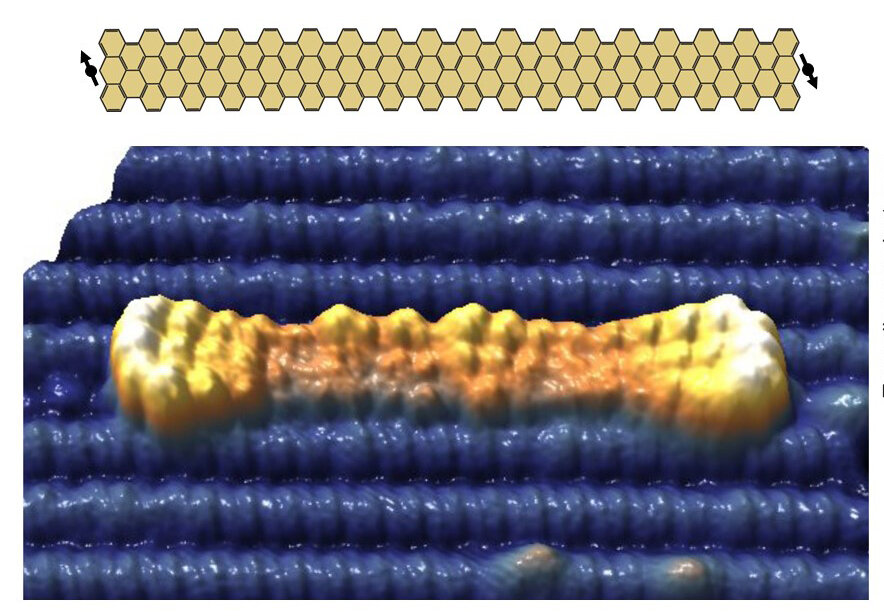 Scientists synthesized graphene nanoribbons, shown in yellow, on a titanium dioxide substrate, in blue. The lighter ends of the ribbon show magnetic states. The inset drawing shows how the ends have up and down spin, suitable for creating qubits. Credit: ORNL, U.S. Dept. of Energy An international multi-institution team of scientists has synthesized graphene nanoribbons—ultrathin […]