New dinosaur showed descendants how to dress to impress — ScienceDaily

Scientists have found the most elaborately dressed-to-impress dinosaur ever described and say it sheds new light on how birds such as peacocks inherited their ability to show off. The new species, Ubirajara jubatus, was chicken-sized with a mane of long fur down its back and stiff ribbons projecting out and back from its shoulders, features […]

New dinosaur showed descendants how to dress to impress 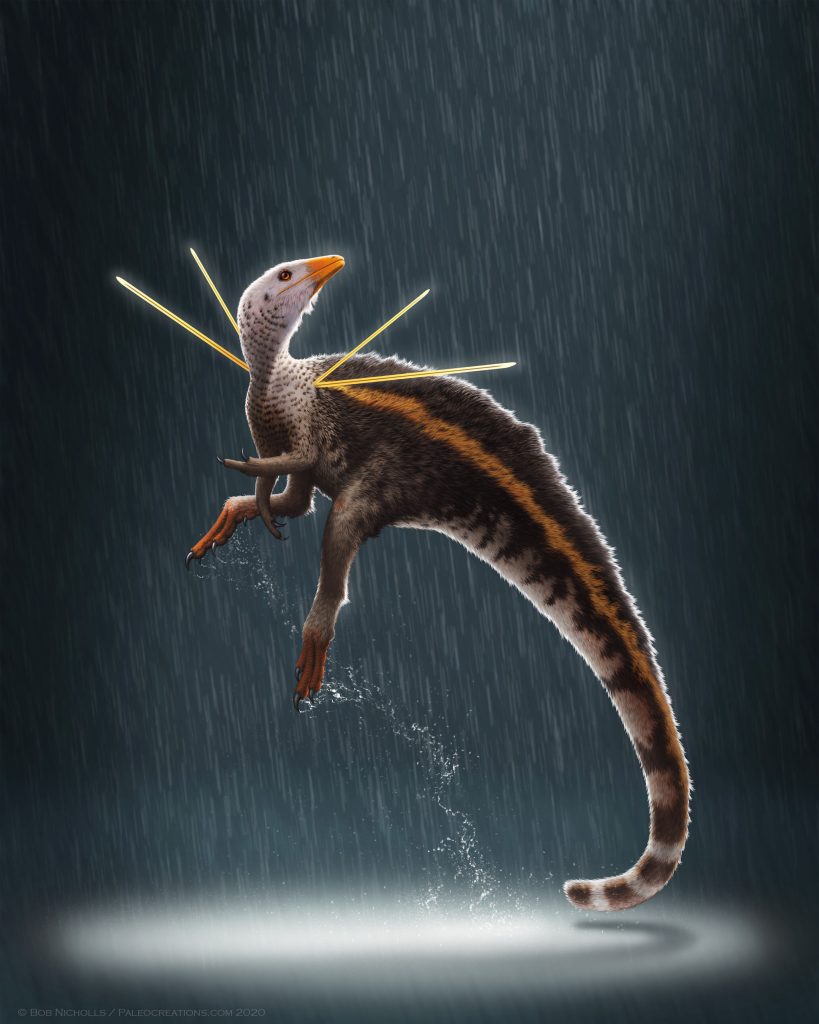 Ubirajara jubatus is named after a Tupi Indian name for ‘lord of the spear’, in reference to the creature’s stiffened, elongate integumentary structures, and jubatus from the Latin meaning ‘maned’ or ‘crested’. Image must be credited Credit: Artwork © Bob Nicholls / Paleocreations.com 2020 Scientists have found the most elaborately dressed-to-impress dinosaur ever described and […]