Scientists of Tomsk Polytechnic University proposed a method to create a sorbent for imidacloprid insecticide removal from water. The sorbent belongs to metal-organic frameworks, a class of non-conventional materials. The TPU chemists grew such a framework right on polyethylene terephthalate (PET) used to produce regular plastic bottles. The method is quite simple and allows converting […]

Fipronil, a common insecticide, disrupts aquatic communities in the US 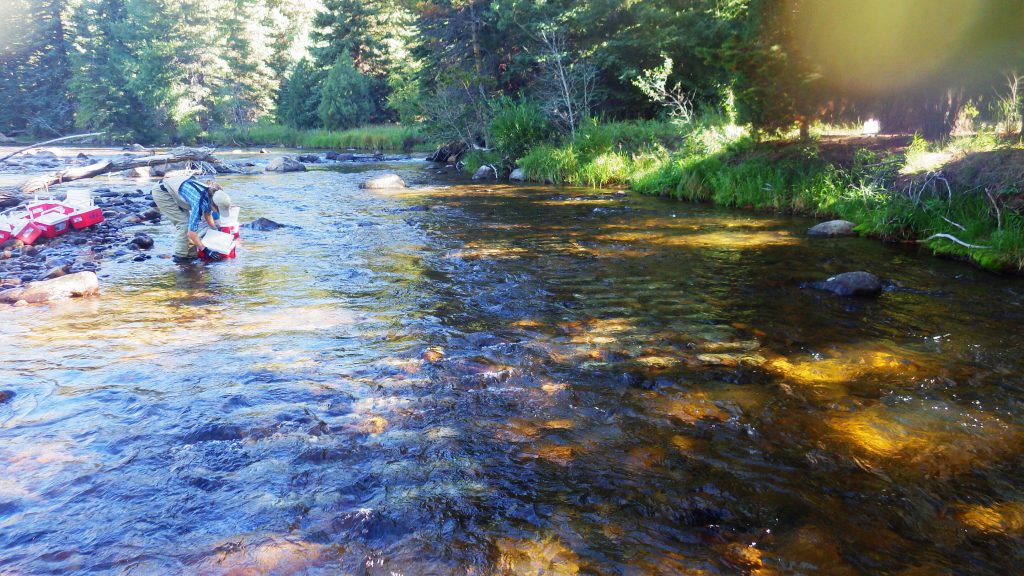 Ecologist Janet Miller collects rock trays in the Cache La Poudre River in Colorado. Credit: Janet Miller The presence of insecticides in streams is increasingly a global concern, yet information on safe concentrations for aquatic ecosystems is sometimes sparse. In a new study led by Colorado State University’s Janet Miller and researchers at the United […]

Through a simple process of heating and cooling, New York University researchers have created a new crystal form of deltamethrin — a common insecticide used to control malaria — resulting in an insecticide that is up to 12 times more effective against mosquitoes than the existing form. The findings, published in the journal Proceedings of […]