A research team led by scientists at the RIKEN Nishina Center for Accelerator-Based Science (RNC) has successfully created larger-than-usual strains of zooplankton — which are used in fish nurseries — by creating mutations with a heavy ion beam. The new strains of zooplankton could contribute to improving the survival rate and optimizing the growth of […] 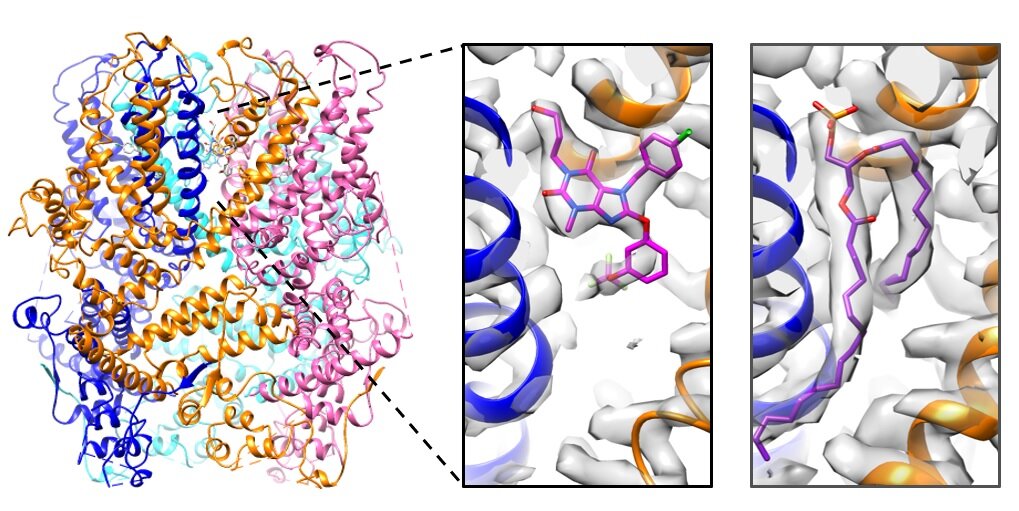 The structure of the tetrameric structure of a TRPC5 channel in complex with Pico145 (left). Each TRPC5 monomer is displayed in a different colour. The structure revealed that the drug-like small molecule Pico145 can bind to each of four pockets between subunits (middle). When the structure of TRPC5 was determined in the absence of Pico145, […]

Scientists at Ludwig-Maximilians-Universitaet (LMU) in Munich have identified the first mechanosensitive ion channel to be found in an intracellular vesicle system. It responds to concentration changes within the vesicle, and probably controls the initiation of immune reactions. Small membrane vesicles, known as endosomes or lysosomes play a key role in the uptake, secretion and intracellular […]

The protein, which acts as an ion channel, could be a target for new drugs against the SARS-CoV-2 virus — ScienceDaily

MIT chemists have determined the molecular structure of a protein found in the SARS-CoV-2 virus. This protein, called the envelope protein E, forms a cation-selective channel and plays a key role in the virus’s ability to replicate itself and stimulate the host cell’s inflammation response. If researchers could devise ways to block this channel, they […]