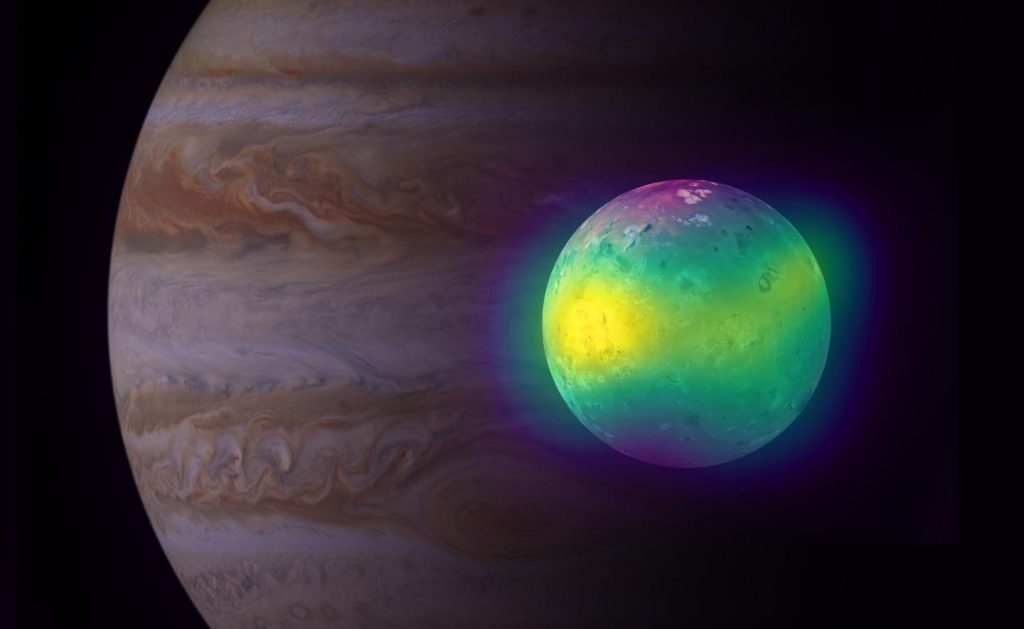 New radio images from the Atacama Large Millimeter/submillimeter Array (ALMA) show for the first time the direct effect of volcanic activity on the atmosphere of Jupiter’s moon Io. Io is the most volcanically active moon in our solar system. It hosts more than 400 active volcanoes, spewing out sulfur gases that give Io its yellow-white-orange-red […]