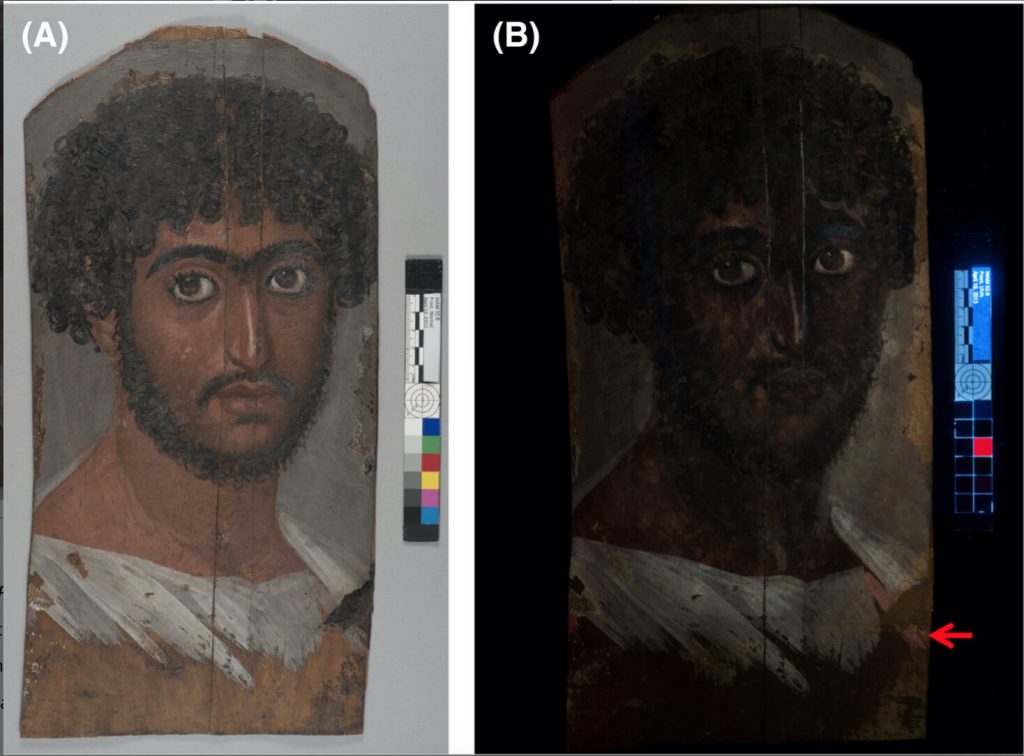 (A) “Portrait of a Bearded Man” (Walters Art Museum #32.6), dated c. 170-180 CE from Roman Imperial Egypt; (B) The portrait under ultraviolet light. The purple clavi on the shoulders appear pink-orange, indicated by an arrow. Credit: The Walters Art Museum. How much information can you get from a speck of purple pigment, no bigger […]