How one physicist is unraveling the mathematics of knitting

Physicist Elisabetta Matsumoto is an avid knitter and has been since taking up the hobby as a child. During graduate school at the University of Pennsylvania in 2009, Matsumoto came across an unusually knotty stitch while knitting a pattern for a Japanese red dragon. “I have books with thousands of different stitch patterns, but the […] 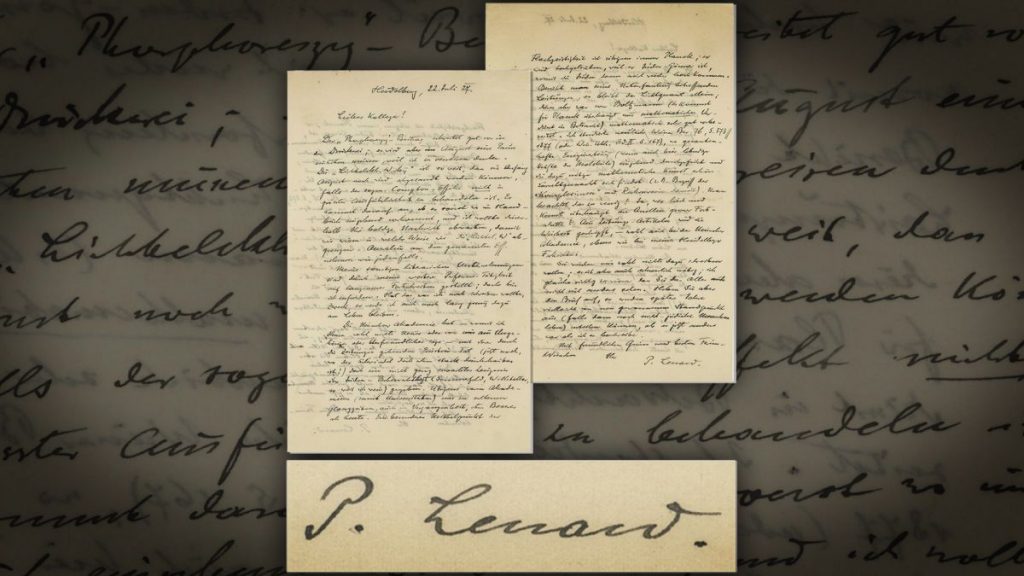 In 1927, a Nobel Prize-winning physicist named Philipp Lenard penned a letter to a colleague complaining about recent achievements by Albert Einstein and musing that academia and the sciences were becoming dominated by Jews.  Lenard, an early supporter of Germany’s Nazi Party, remarked that a prestigious appointment for Einstein was undeserved; he then wondered if […]