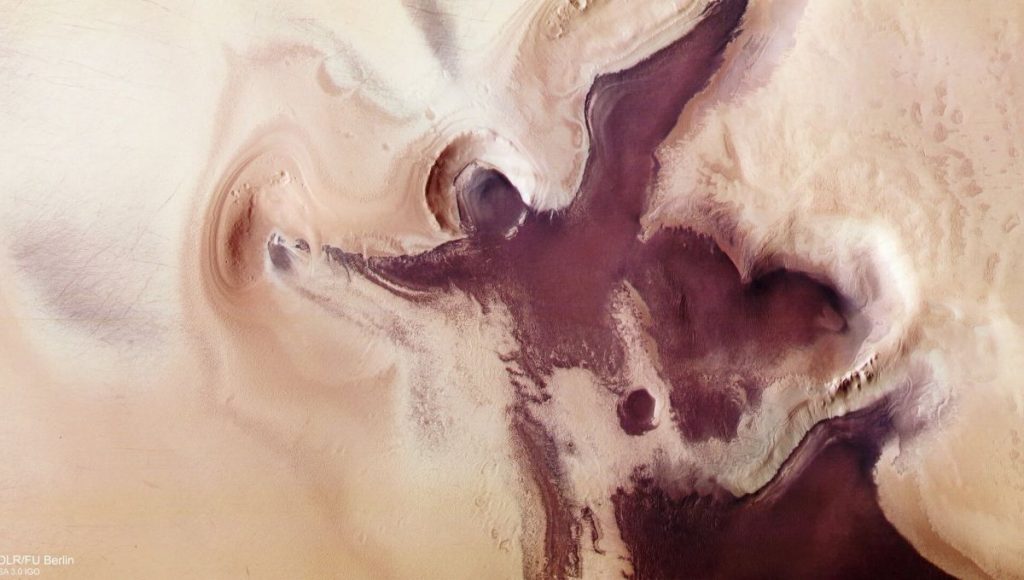 It’s summer at the south pole of Mars, and the angels and devils are coming out to play. You can see them both in a stunning new image of the recently thawed pole, taken by the European Space Agency (ESA). The devils, it should be said, are made of dust. Just like on Earth, Martian […]