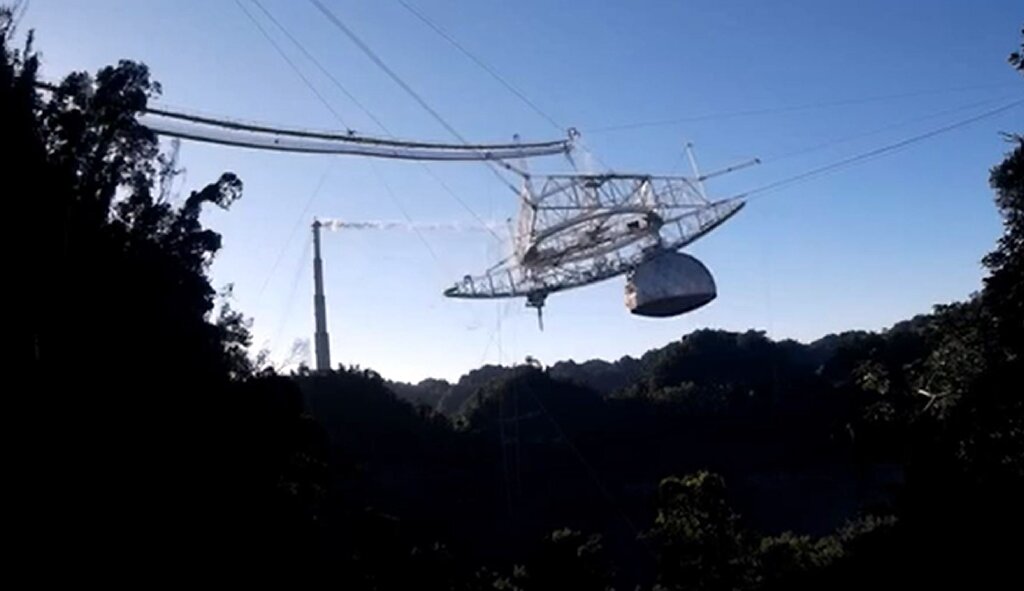 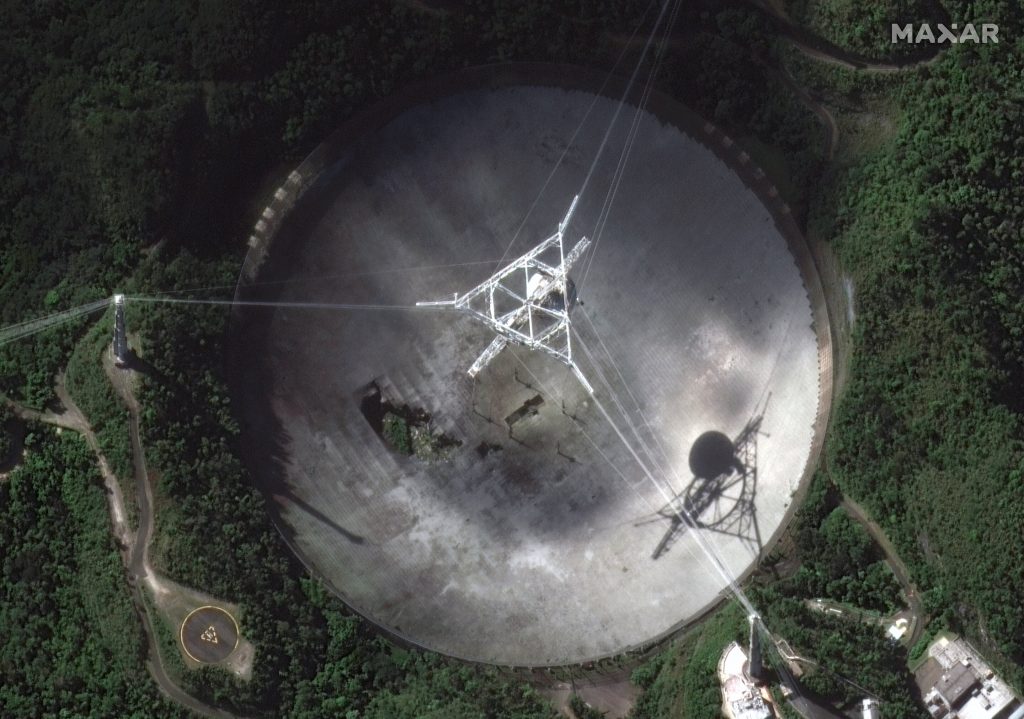 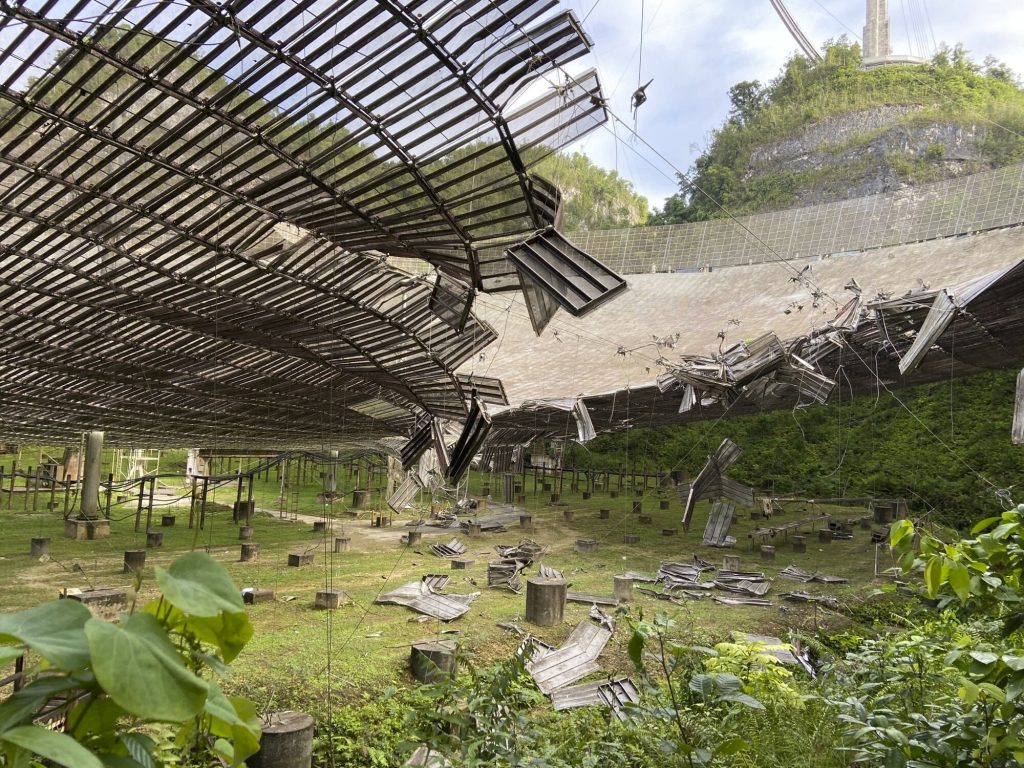 In this Tuesday, Aug. 11, 2020 file photo, provided by the Arecibo Observatory, shows the damage done by a broken cable that supported a metal platform, creating a 100-foot (30-meter) gash to the radio telescope’s reflector dish in Arecibo, Puerto Rico. Giant, aging cables that support the radio telescopes are slowly unraveling in this U.S. […]