Nearly every organism hosts a collection of symbiotic microbes — a microbiome. It is now recognized that microbiomes are major drivers of health in all animals, including humans, and that these symbiotic systems often exhibit strong daily rhythms. New research led by University of Hawai’i at Manoa scientists revealed that, in the mutually beneficial relationship […] 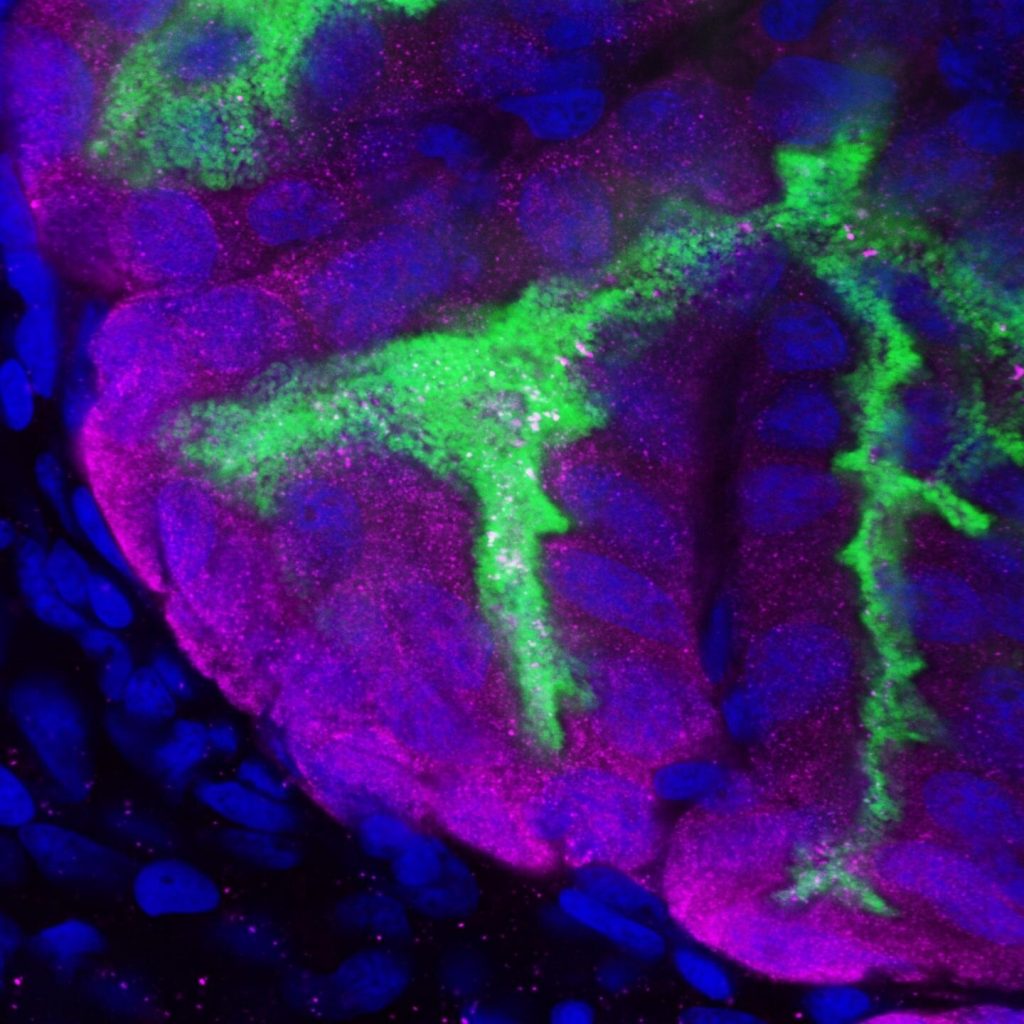 A 63x magnification image showing the 4-week-old light organ during the day showing EsMIF (magenta) surrounding the crypt spaces. Host DNA is labeled in blue and the bacteria are labeled in green. Credit: Eric Koch Nearly every organism hosts a collection of symbiotic microbes—a microbiome. It is now recognized that microbiomes are major drivers of […] 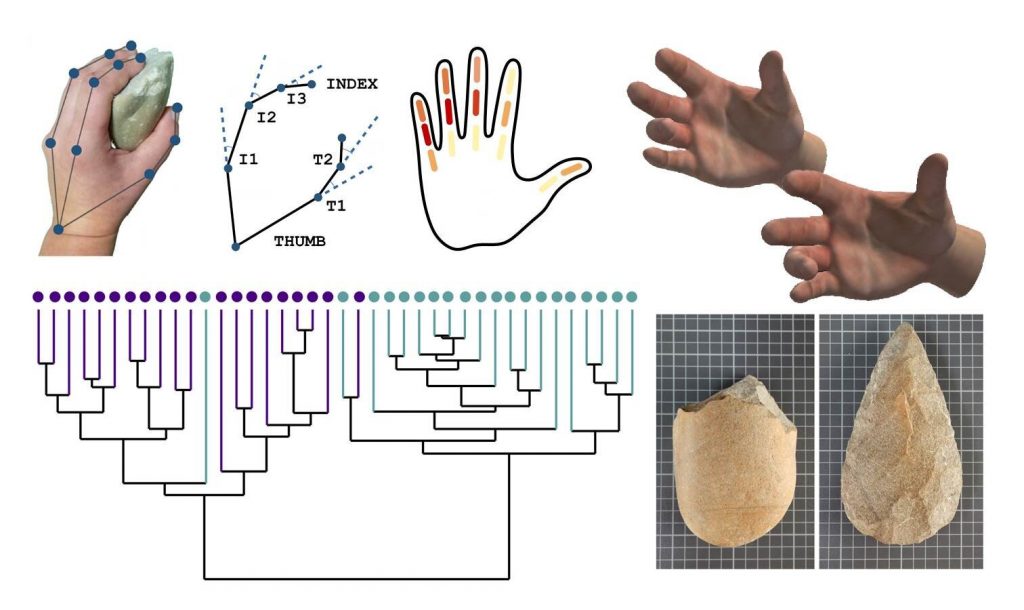 Credit: A. Fedato et al Emiliano Bruner, a paleoneurologist at the Centro Nacional de Investigación sobre la Evolución Humana (CENIEH), has coordinated a study published recently in the journal Archaeological and Anthropological Sciences, on the ergonomic relationship between hand and Lower Paleolithic stone tools, in particular for choppers and handaxes. The results of this work, […]