University of Minnesota Twin Cities researchers in the Department of Chemistry have created a new polymer to deliver DNA and RNA-based therapies for diseases. For the first time in the industry, the researchers were able to see exactly how polymers interact with human cells when delivering medicines into the body. This discovery opens the door […] 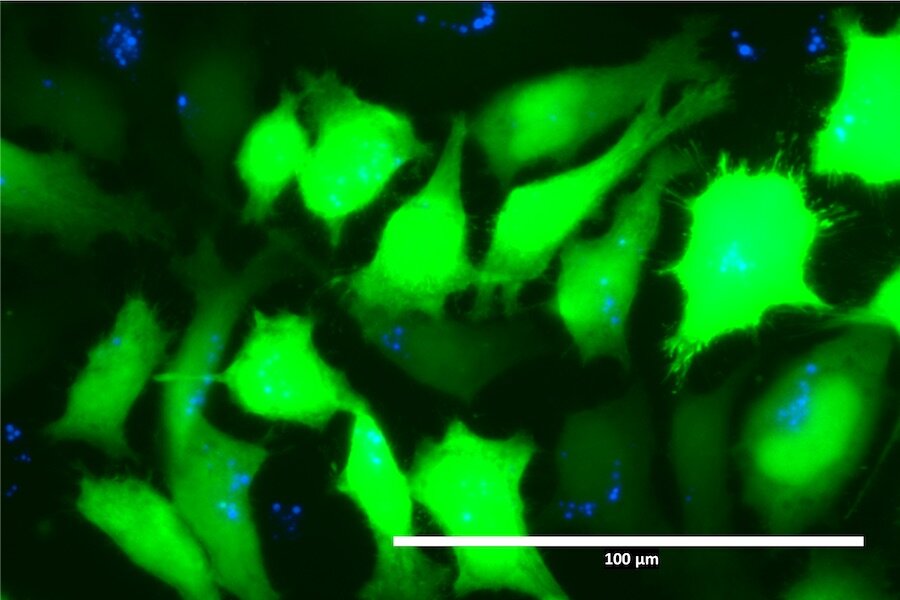 The above image shows cells illuminated by quinine (fluorescent blue) and green fluorescent protein. This allows the University of Minnesota researchers to—for the first time—observe how polymers interact with human cells when delivering medicines. The discovery could be used in advancing DNA and RNA-based treatments such as gene therapy and vaccines. Credit: Reineke Group and […]

Finding medicines that can kill cancer cells while leaving normal tissue unscathed is a Holy Grail of oncology research. In two new papers, scientists at UC San Francisco and Princeton University present complementary strategies to crack this problem with “smart” cell therapies–living medicines that remain inert unless triggered by combinations of proteins that only ever […]

A basic science discovery by researchers at the Johns Hopkins Bloomberg School of Public Health reveals a fundamental way cells interpret signals from their environment and may eventually pave the way for potential new therapies. The finding involves a signaling pathway in cells, called the Hippo pathway, which normally constrains cell division and regulates the […]

When it comes to complex life — that of the multicellular variety — cell death can be just as important as survival. It allows organisms to clean house and prevent the proliferation of damaged cells that could compromise tissue function. Several years ago, biologist Denise Montell, a distinguished professor at UC Santa Barbara, found that […]