Researchers use Wikipedia to measure different types of curiosity 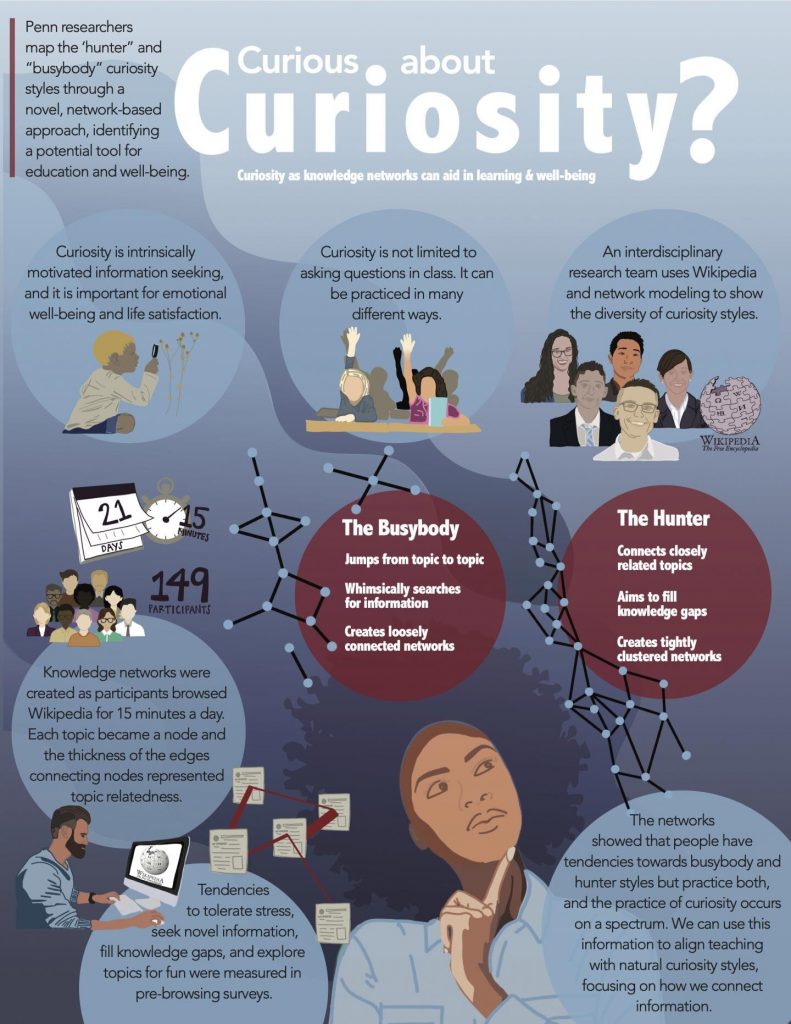 An infographic summarizing the team’s research on mapping curiosity styles through Wikipedia browsing and graph theory. Results show that participants tend toward either a “busybody” or “hunter” style, but change throughout the day. Surveys served to link how curious practice might influence emotional well-being and vice versa. Continued research on linking the two will help […]

The system can separate different cell types within microdroplets. — ScienceDaily

To develop effective therapeutics against pathogens, scientists need to first uncover how they attack host cells. An efficient way to conduct these investigations on an extensive scale is through high-speed screening tests called assays. Researchers at Texas A&M University have invented a high-throughput cell separation method that can be used in conjunction with droplet microfluidics, […]

More than 20 million people in the U.S. suffer neuropathic pain. At least 25% of those cases are classified as unexplained and considered cryptogenic sensory polyneuropathy (CSPN). There is no information to guide a physician’s drug choices to treat CSPN, but a researcher from the University of Missouri School of Medicine and MU Health Care […]