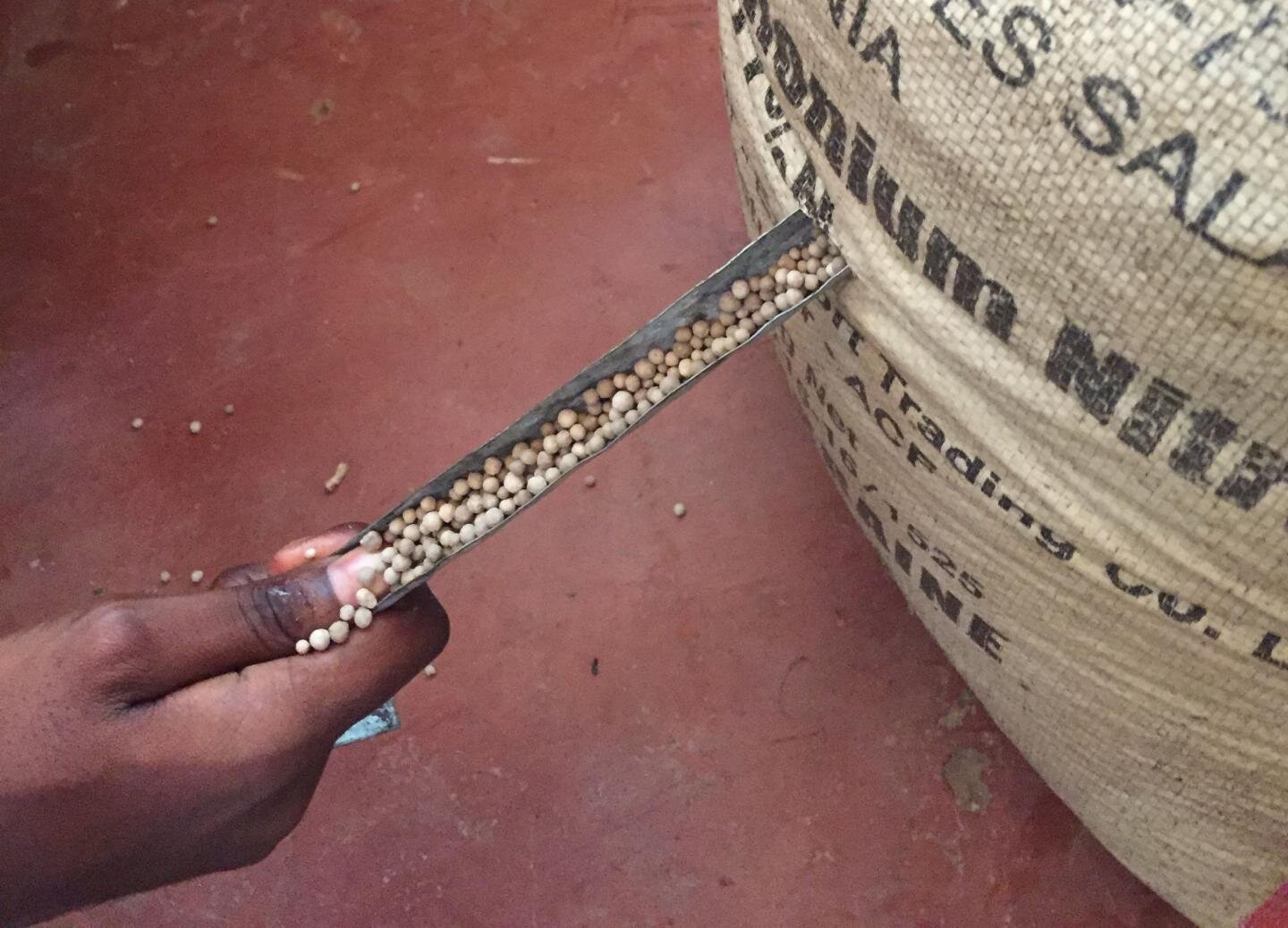 Smallholder farmers in Sub-Saharan Africa use fertilizer well below recommended rates, contributing to consistently low agricultural productivity. Farmers in Tanzania and Kenya, for example, apply just 13 kilograms of fertilizer per hectare, compared with 165 to 175 kilograms in India and Brazil. Low use directly affects cereal yields, which average 1.2 to 1.7 metric tons per hectare, compared to 4 to 4.5 metric tons in South America and Asia.

“Farmers were not using much fertilizer; that’s well established in the region of Tanzania where we were working. In discussions with farmers we heard again and again the explanation was they thought the fertilizer was fake or bad, and they didn’t want to buy it,” says Hope Michelson, associate professor in the Department of Agricultural and Consumer Economics (ACE) at U of I.

“I’d heard this in other, similar locations where I’d worked with farmers,” Michelson says. “We decided to focus on this question of quality: Is the fertilizer bad?”

Michelson and her colleagues conducted a case study in Tanzania to gain more insight into fertilizer quality and farmers’ beliefs and willingness to buy it.

Anna Fairbairn, then-graduate student in ACE and co-author on the study, spent a year collecting data throughout Tanzania’s Morogoro Region.

Fairbairn first conducted a census to identify all shops in the region selling fertilizer. She drove with her team along primary and secondary roads for weeks, stopping at any shop that looked like it might sell fertilizer. They interviewed all dealers about their practices and prices. Then, “mystery shoppers” posing as farmers purchased more than 600 fertilizer samples from 225 dealers, recording prices and other details about the transactions. The samples went to laboratories in Kenya and the U.S. for analysis.

The researchers included three types of fertilizer that are important for ag production in Tanzania—urea, calcium ammonium nitrate (CAN), and diammonium phosphate (DAP). The lab results showed just a small percentage of samples were marginally out of compliance with industry standards. They did not indicate widespread evidence of the fraud and quality problems that farmers worried about. These results are consistent with findings from numerous academic studies and from international organizations like the International Fertilizer Development Center conducted in recent years.

“It makes sense that the quality is good. Urea fertilizer is difficult to adulterate, and it is one of the cheapest fertilizers. You would have to dilute it with something even cheaper, and there are not very many options. So it is not likely to happen,” Michelson notes.

After the quality analysis, Fairbairn and her assistants interviewed 165 farmers in 12 villages across the region. They set up a “store,” where they showed farmers samples of urea—the most prevalent fertilizer for small farmers—and asked how much they would be willing to pay for them.

“We found evidence that farmers worry about the quality of the fertilizer in the marketplace, and that impacts their willingness to pay for it. This can affect the amount of fertilizer they’re buying, and whether or not they purchase fertilizer at all,” Michelson states.

After the farmers’ initial responses, the researcher would tell them that the fertilizer had been lab tested and shown to have adequate nutrition content. This information increased the farmers’ willingness to pay by about 50%.

Michelson says there may be several explanations for the farmers’ distrust in fertilizer quality.

“These farmers are operating in contexts with weak regulatory systems and may be broadly suspicious. It is interesting and significant to find evidence that farmers’ beliefs are not converging to the truth—of good quality fertilizer in the marketplace—over time,” she states.

Michelson says farmer distrust could be exacerbated by the difficulty in observing the effect of fertilizer on crop yields.

“You could be applying at the wrong time, or not applying enough. Weather is also a factor driving crop yields. You can’t always tell if the fertilizer is doing anything because of the rainfall variability factor. Farmers could blame these things on the fertilizer not being good quality,” she says.

An important factor that may influence the beliefs the researchers identified is the appearance of the fertilizer. “We find evidence there is an enormous problem with fertilizer in the marketplace that looks bad. It may be dirty or have clumps, sticks, and small amounts of impurities in it,” Michelson notes. “More than 30% of the samples we purchased had this sort of problem.”

Wholesalers import urea through the port of Dar es Salaam, where it gets bagged and transported into the country. Inadequate storage facilities and transportation resources can result in a compromised appearance that has no bearing on quality and effectiveness.

The research confirmed that farmers were willing to pay less for fertilizer with this poor physical appearance.

For smallholder farmers, purchasing fertilizer is a substantial expense, amounting to about 10% of annual per capita income in the household. It’s a non-trivial investment that comes with a measure of risk. And they are not willing to make that investment if they do not believe it will be worth the cost, Michelson notes.

The researchers conclude misconceptions about fertilizer quality could severely hamper crop productivity in developing countries, and additional research can help further explore those correlations and the persistence of these misconceptions in the marketplace.

Video: Why is fertilizer used in explosives?