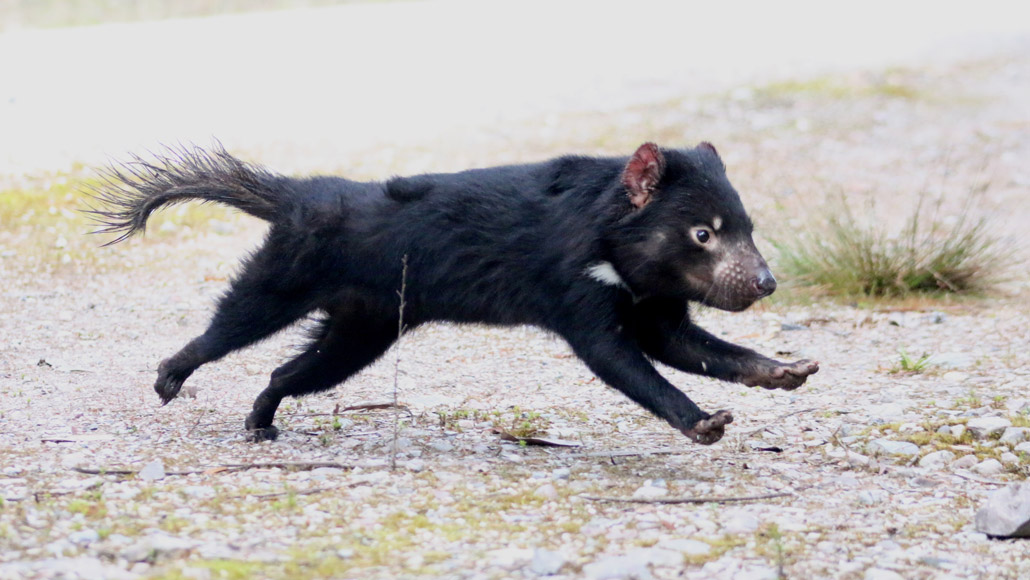 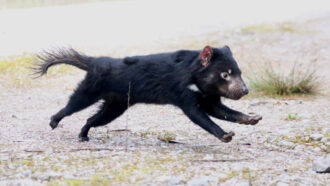 Tasmanian devils were supposed to be extinct by now. With a deadly, highly contagious face cancer tearing through devil populations, forecasts over the past decade or so spelled imminent doom for the iconic marsupial.

Only 25,000 or so devils (Sarcophilus harrisii) remain, down from about 150,000 in the 1990s, but a new analysis offers hope. Devil facial tumor disease has become far less transmissible since the peak of the epidemic, suggesting it won’t wipe out the species, researchers report in the Dec. 11 issue of Science.

Instead, the disease may stick around at lower levels, or “the tumor itself might eventually go extinct,” says Andrew Storfer, an evolutionary geneticist at Washington State University in Pullman.

Storfer and his colleagues reconstructed the history of the tumor’s spread by analyzing changes in tumor genes that evolve in a regular, clocklike manner. Samples from 51 tumors dating back to 2003 helped calibrate this timeline.

Though the disease was discovered in 1996 (SN: 3/11/13), the study found that it probably originated years earlier, in the ‘80s, slowly circulating at first. At its peak in the late ‘90s, each afflicted devil was infecting 3.5 other devils, on average, usually through biting. Recently, that number has fallen to one, suggesting the epidemic may peter out.

The slowdown may stem from population decline — fewer devils means fewer transmission opportunities for a disease that spreads fastest within dense groups. Additionally, the tumor itself might have become less transmissible; the researchers identified some genes that could underlie this shift. Finally, the devils themselves seem to have evolved resistance to the disease (SN: 8/30/16).

But devils are still endangered, and some experts want to introduce captive-bred animals to boost numbers. That could backfire, Storfer says, by allowing the disease to take off again. “It sounds boring, but doing nothing might be the best option for the devils.”