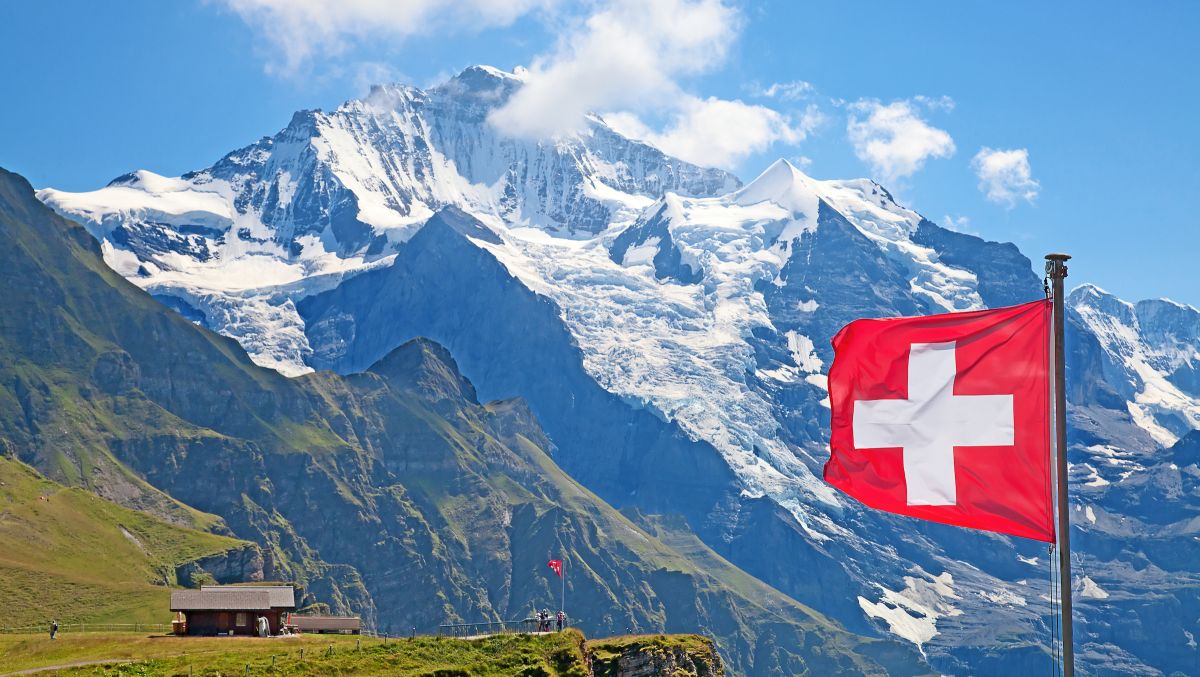 The Swiss Alps are going through a growth spurt, according to a new study suggesting that part of the mountain range is lifting upward faster than it is eroding.

The finding goes against the conclusions of two previous studies, which suggested that the Alps were neither growing nor shrinking.

However, an international team of researchers has now found that isn’t the case, after analyzing different isotopes, or versions of an element, in the sand from hundreds of rivers in the European Alps. One particular isotope — beryllium-10 (10Be) — revealed information about erosion rates in different parts of the Alps, the team said.

Related: In photos: The vanishing glaciers of Europe’s Alps

The isotope 10Be is formed in part when cosmic rays, or fragments of atoms such as protons, electrons and charged nuclei, stream through Earth‘s atmosphere and reach the planet’s surface. When those cosmic rays hit the ground, say in the rocky Alps, they kick off a nuclear reaction in the oxygen atoms in quartz, which forms 10Be.

This isotope accumulates only on Earth’s uppermost surface, which means scientists can determine a surface’s age by measuring the levels of 10Be in sediment that’s been around for least a few millennia. Quartz grains with high concentration of 10Be were likely exposed to cosmic rays for a very long period. In contrast, samples with low concentrations of 10Be are much younger.

“This principle can also be used to quantify the rate of erosion in the Alps, averaged over a few thousand years,” study co-author Fritz Schlunegger, a geologist at the Institute of Geological Sciences at the University of Bern in Switzerland, said in a statement. In the Alps, rocky grains containing 10Be get washed away into mountain streams and rivers, which carry it to the plains. So, if lots of fairly low-concentration 10Be is found in riverbeds, that suggests more recent sediment and in turn that the mountains are eroding fairly fast.

In the study, the researchers did a massive sweep of quartz grains from more than 350 rivers running through the Alps. “With this strategy, we can for the first time draw a picture of the erosion across the entire European Alps and explore its driving mechanisms,” study first author Romain Delunel, a geologist at the Institute of Geological Sciences at the University of Bern in Switzerland, said in the statement.

The Alps aren’t changing height uniformly, however. In some places, the range is wasting away. For instance, in Valais, a canton (state) in southern Switzerland, the Alps are shrinking, with an erosion rate of nearly 25 feet (7.5 meters) per millennium. The mountainous region with the slowest erosion rate, in eastern Switzerland by the Thur River, eroded just 0.5 inches (1.4 centimeters) per 1,000 years.

But the Central Alps are growing, thanks to uplift that outpaces erosion. “This is a big surprise, because until now we have assumed that uplift and erosion were in equilibrium,” Schlunegger said. To put a number on it, that region of the Alps is growing about 31 inches (80 cm) every millennium, after accounting for erosion, the researchers found. “This means that the Central Alps are still growing, and surprisingly quickly,” Schlunegger said.

Meanwhile, erosion and uplift are in balance in the Western Alps, and erosion is faster than uplift in the Eastern Alps.

So, why is erosion happening in certain parts of the Alps, but not others? Rain and snow don’t have a measurable effect on erosion, but the slope and topography of a mountain do. Many of these rock faces were carved by the last major glaciations, the researchers found. Furthermore, “very steep landscapes” don’t lead to increased erosion, Delunel said. “That was another surprise because we thought that very steep terrain would be eroded very quickly. We don’t yet fully know why this is not the case and therefore see a need for further research.”

The study was published in the December issue of the journal Earth-Science Reviews.