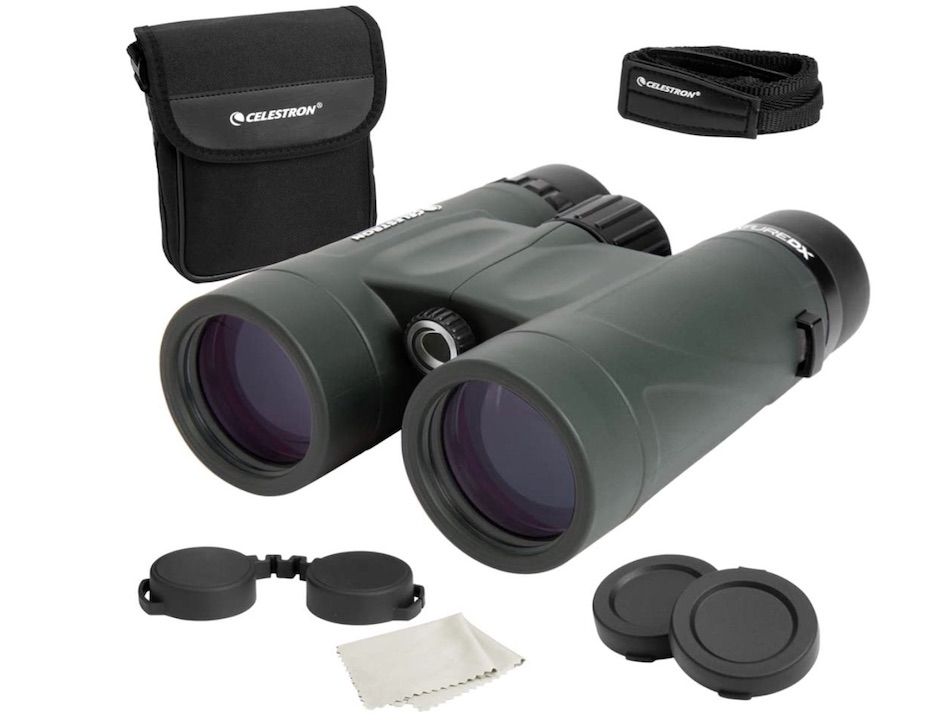 There’s nothing quite like getting up close to Earth’s incredible wildlife and this Black Friday we’ve scanned the retailers to help you find the very best deal on your next (or first!) binocular — whether you’re wanting to observe birds up close, scour the surface of the moon (or a bit of both), you can get a great discount today.

With unbeatable offers on Celestron’s Outland X 10×50 and Celestron’s range of SkyMaster Binocular — both of which offer a mix of stunning terrestrial views — we’ve rounded up the very best pieces of kit that exude performance and high quality. And for a fraction of the cost.

Some binoculars in our Black Friday deals come with accessories, including lens caps and a handy carry case to ensure that the optics are always protected during tours of land and sky. What’s more, all binoculars are robust and can withstand bumps and knocks, making them the perfect choice for young observers and the most adventurous members of the family.

The all-arounder Celestron Nature DX 8×42 binocular is our editor’s choice and comes at an unbelievable 46% off at Amazon. With their lightweight design, you can switch from observing the local wildlife to the surface of the moon within moments: thanks to a combination of coated lenses, BaK-4 prisms and nitrogen purging, views are spectacularly clear for unbelievable observations.

Get an impressive 46% off the Celestron Nature DX 8×42 Binocular at Amazon. These binoculars are great for terrestrial views but are also excellent for scanning craters of the moon and catching the International Space Station.View Deal

With their wide field of view, long eye relief, coated optics and lightweight, compact design, Nikon’s Prostaff 3S is a must-have for terrestrial views. Robust enough to take on your outdoor adventures, you can get up close to nature with the 8x magnification.View Deal

Now an incredible 39% off, the SkyMaster 25×100 Binocular offers superb views of the night sky. Offering maximum brightness even in low-light conditions and at a long-range, this binocular is great for terrestrial and astronomical sights. Comes with carry case. View Deal

With its fantastic optics, which includes fully multicoated optics and BaK-4 prisms, the SkyMaster Pro 20×80 allow the skywatcher to observe at great distances, picking out those faint fuzzies and achieving high-definition views of the moon and planets. View Deal

The Celestron SkyMaster 25×70 Binocular comes with a carry case to protect its superb multicoated optics. The 25x magnification and large 2.76-inch (70 mm) objective lens allow the observer to get close to everything from wildlife to bright galaxies. View Deal

You can save 31% on the Celestron SkyMaster 15×70 Binocular at Amazon. Featuring high-quality BaK-4 prisms and multi-coated optics, excellent views of Jupiter, Saturn, galaxies, the moon and nebulas are a quick sweep away. View Deal