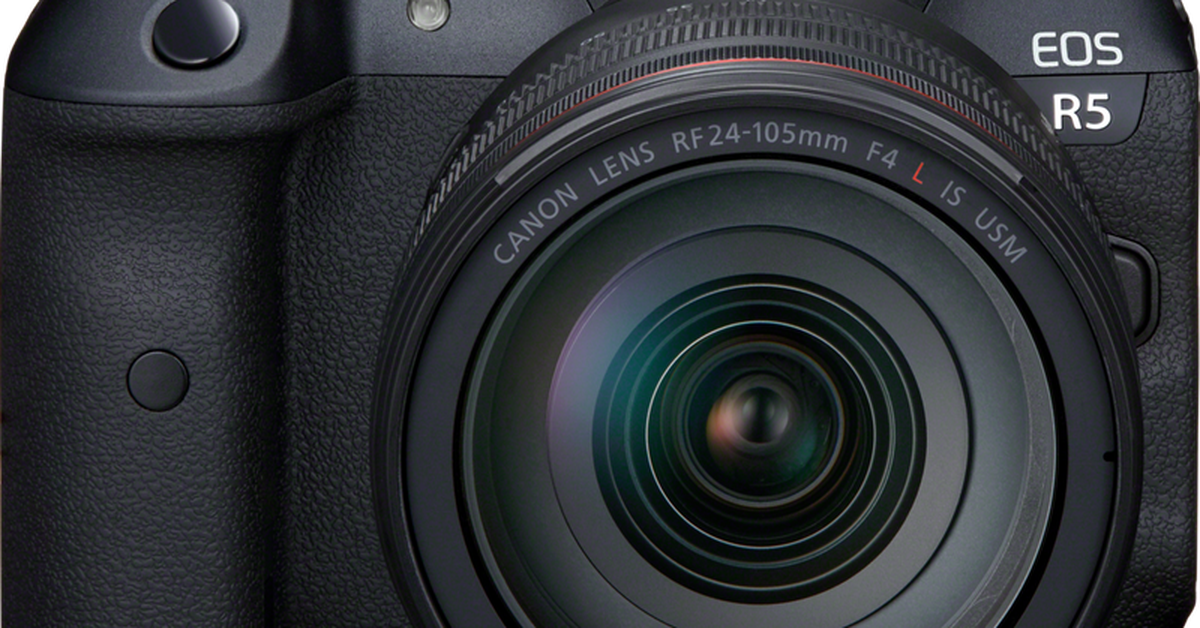 Canon’s R5 was the best new camera of the year. (Canon/)

No cameras made a bigger splash this year than Canon’s full-frame mirrorless bodies. The follow-ups to the original Canon R line brought a bevy of long-awaited new features, including 45 megapixels of resolution in the R5, and dual card slots for redundant backups as you shoot. I’ve been shooting with an R5 since summer and I’ve been consistently impressed with just about everything it offers, from image quality and autofocus tracking, down to the design and feel. Some early controversies regarding thermal performance and limited UHD video recording made for splashy headlines, but both the R5 and R6 have performed exceptionally in the real world. Now the biggest problem is that it’s hard to find them in stock.

The iPhone 12 Pro Max camera has a bigger sensor and a faster lens. (Apple Inc. /)

Smartphone camera hardware has been advancing in small jumps recently, with manufacturers relying more and more on processing power and AI to improve overall imaging performance. This year, however, Apple gave its flagship iPhone an improved camera module with a main sensor that’s 50 percent larger than its siblings. Combined with Apple’s new ProRAW format, the 12 Pro Max is the most versatile smartphone camera around, even if it lacks the super-long-range zoom promises from other manufacturers like Samsung. Apple also added sensor-based image stabilization, which it claims is actually more effective than the lens-based “optical” system.

The GoPro Hero9 Black is the company’s smoothest yet. (GoPro /)

If you haven’t used a GoPro since the Hero6, you’re really missing out on how great the company’s HyperSmooth technology really is. The Hero9 employs HyperSmooth 3.0, which is extremely adept at removing the bumps and shakes from even the most intense footage. Battery life has improved by a third over the previous model, and there’s now a full-color screen on the front of the device for easier selfie-style shooting. Tie that all up with a 5K sensor inside, and the Hero9 still offers plenty of incentive for stepping up from your smartphone camera.

By sticking with its 12-megapixel resolution, Sony’s latest A7S model is a monster in low-light. It finally offers a flip-out display and captures 4K 10-bit footage at up to 120 fps. The electronic viewfinder got a huge resolution upgrade to 9.44 million dots, and—like the Canon mirrorless bodies—it has two card slots built-in. It’s easily one of the best video-shooting mirrorless cameras around at the moment.

It’s not often you’d see a lens with a relatively tiny maximum aperture like f/11 on a best-of list, but Canon did some truly clever work on its line of affordable ultra-telephoto primes. At just $899, you get a true 800mm telephoto lens—the f/5.6 L version of the lens will set you back just shy of $13,000. The small aperture is a downside in some situations, but if you’re out in the field shooting sports or nature at midday, you’ll probably never miss the extra speed. The f/11 also weighs in under three pounds, while the f/5.6 pro version weighs 9.9 pounds.

Built for Micro Four Thirds cameras, this beastly telephoto zoom has a natural zoom range equal to a 300-800mm model on a full-frame body. As the name suggests, however, there’s a 1.25x teleconverter built right into the lens which makes it perform like a 380-1000mm zoom when engaged. That’s a huge amount of reach. Because the image stabilization is capable of combating up to 4.5 stops of shake, you can shoot it without a tripod, an impressive feat for a lens this long.

A new version of a classic lens. (NIkon /)

This is a truly classic focal range for Nikon’s wide-angle zoom and the new Z version built for mirrorless cameras is a worthy update. The front element makes it simple to attach filters, which is key for landscape work and can be difficult with ultra-wides with building front elements. It’s built incredibly tough and shows impressive edge-to-edge sharpness, especially when you consider the extreme angle of view.

While most of the exciting action in the camera world happened in the high-end gear this year, Fujifilm’s X-S10 offers much of what you’ll get in its higher-end X-T4 for just under $1,000. You get the Fujifilm color science in a body that weighs 16.4 ounces. It’s weather-sealed and includes sensor-shift images stabilization like the higher-end models. It’s one of the most capable mid-level cameras we’ve seen in  some time.

On the opposite end of the spectrum from the Fujifilm, Hasselblad’s curious camera costs $6,499. All that cash gets you a 50-megapixel medium format sensor attached to a super-compact body equipped with an X-series lens mount. It has autofocus, but it really feels like using an old Pentax SWC, which was primarily designed for street photography and zone focusing. It’s a truly weird camera that takes some getting used to, but once you find the groove, it creates some beautiful images with excellent dimensionality thanks to the large sensor.