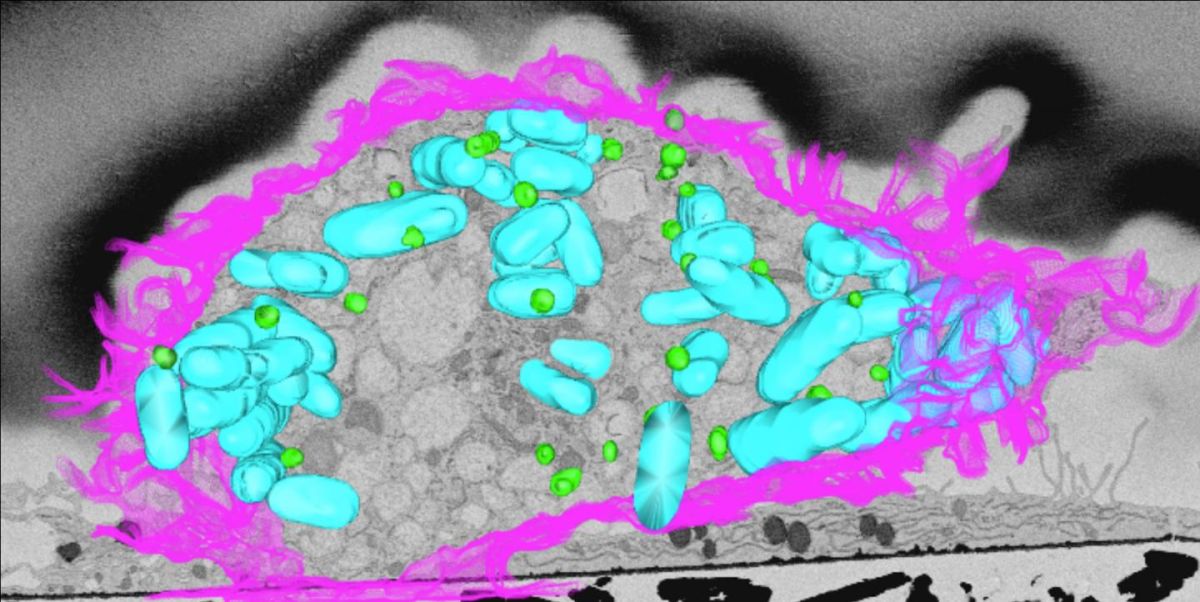 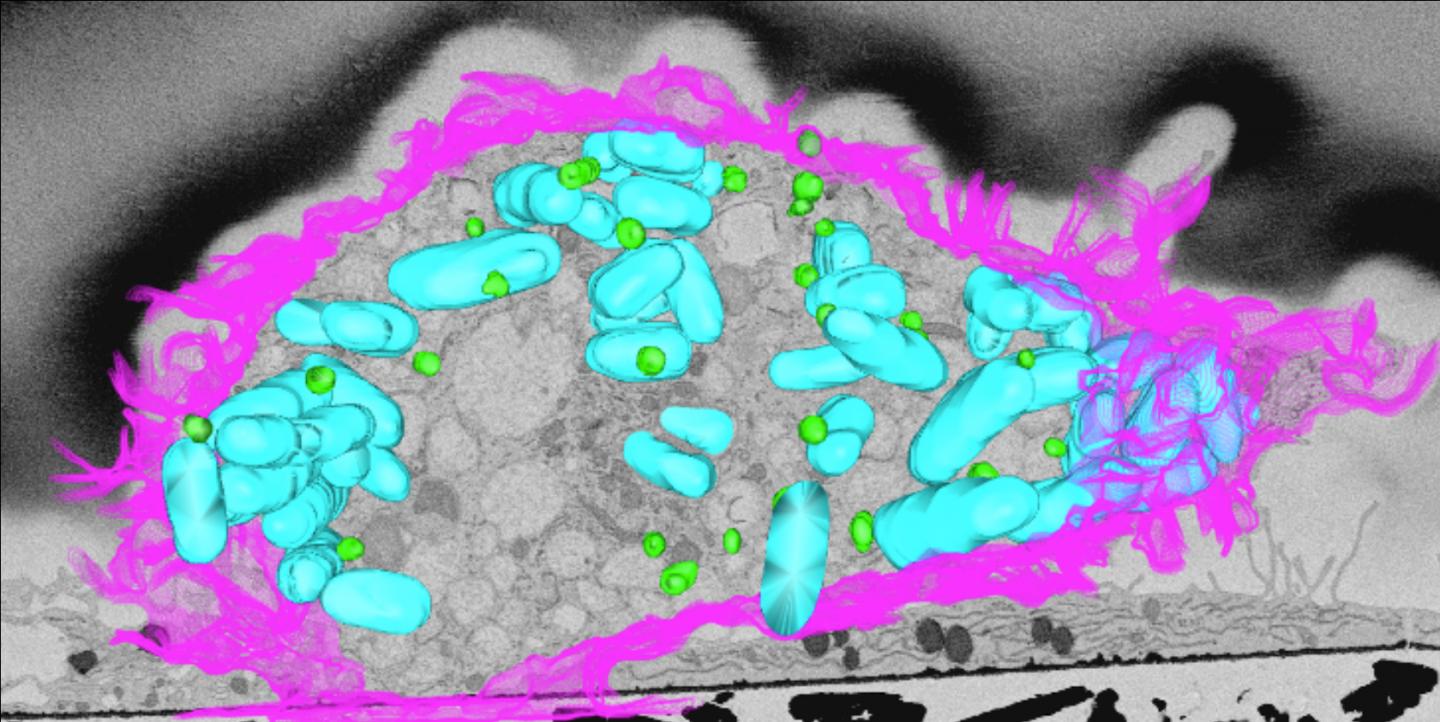 The human body uses many tactics to fight invaders. Scientists just found another weapon in its arsenal: tiny fat blobs packed with toxic proteins that are fired at the enemy.

Complex organisms including fungi, plants and animals are made up of eukaryotic cells that contain subcellular structures called organelles. These organelles all work together to keep the cells functioning; the nucleus, for example, is the brain of the cell and lipid droplets (LDs) are teeny blobs of fat that store and provide fuel for the cell when needed.

Lipid droplets are usually attached to the mitochondria — an organelle that generates most of the cell’s energy — and serve as a source of fuel when needed. Previous research has found that certain parasites, viruses and bacteria steal these droplets and also use them to fuel growth. So until now, scientists thought that these lipid droplets supported infection, the authors wrote in a new study published Oct. 15 in the journal Science.

“It was previously thought that bacteria were merely using the lipid droplets to feed on, but we have discovered these fatty droplets are involved in the battle between the pathogens and our cells,” co-author Robert Parton, head of the cell biology and molecular medicine division of the University of Queensland’s Institute for Molecular Bioscience in Australia, said in a statement. Previously, scientists found that exposing fruit flies to a microbe induced formation of lipid droplets with antimicrobial activity, according to an accompanying commentary in the journal Science.

Parton and his team wanted to see whether this strange battle technique also existed in mammalian cells. They injected mice with lipopolysaccharide, a toxin that’s produced by bacteria. The toxin spurred threatened cells in the mice’s liver to produce more lipid droplets and increase the size of existing ones, according to the study.

In cells infected with the toxin, threatened cells packed lipid droplets with hundreds of antiviral and antibacterial proteins.The scientists also found that the droplets detached from the mitochondria and moved toward the bacterial toxin.

“Fat is part of the cell’s arsenal — cells manufacture toxic proteins, package them into the lipid droplets, then fire them at the intruders,” Parton said. “This is a new way that cells are protecting themselves, using fats as a covert weapon, and giving us new insights into ways of fighting infection.”

The researchers also saw a similar response when they exposed human macrophages — a type of white blood cell that helps detect and destroy pathogens and problem cells — to the bacterial toxin in the lab. Now, Parton and his team hope to figure out how the lipid droplets actually target the bacteria, he said in the statement. “By understanding the body’s natural defenses, we can develop new therapies that don’t rely on antibiotics to fight drug-resistant infections.”

Though scientists are just discovering this defense strategy now, these droplets were first discovered more than 130 years ago, and they are present in all types of eukaryotic cells, according to the commentary.

“There is great and justifiable excitement regarding the functions of LDs and other membraneless organelles,” and how they change in many cellular processes, Douglas Green, the chair of the immunology department at St. Jude Children’s Research Hospital in Tennessee, wrote in the accompanying commentary. “We have much to learn about these drops of oil in cells.”