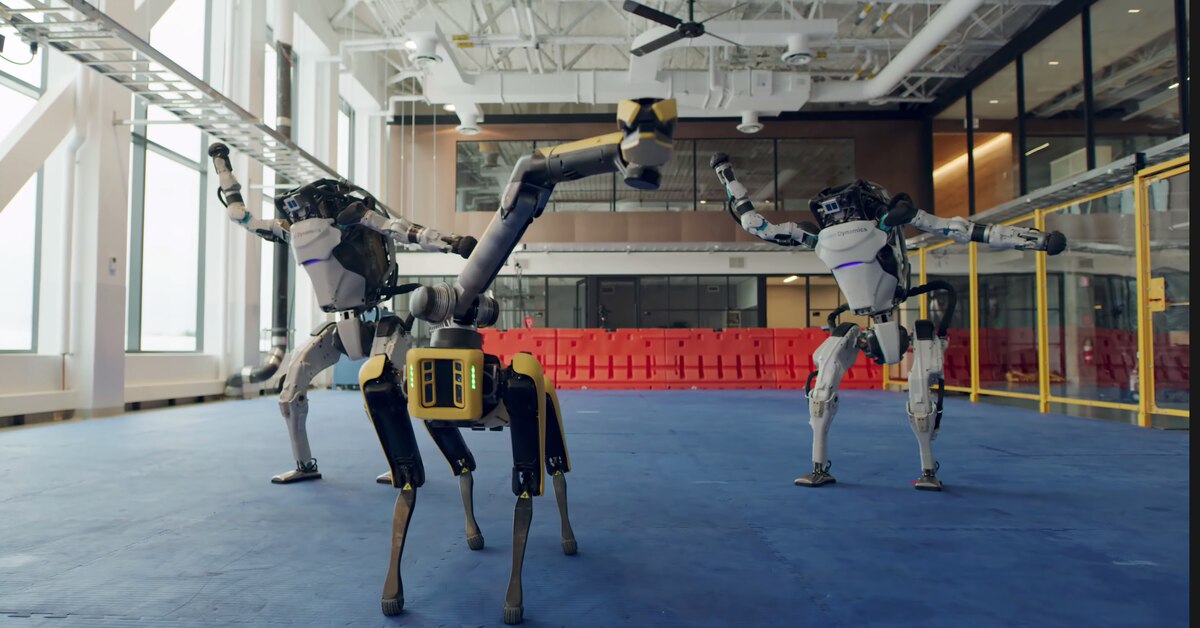 At this point, we’ll watch the Boston Dynamics robots do basically anything. In their latest YouTube adventure, the squad of robots dances to the 1962 Contours classic “Do You Love Me?” and it’s as weird as it is adorable.

The video features a pair of the company’s vaguely humanoid Atlas robots that do the running man along with a litany of other familiar dance moves you might expect from a background dancer in The Blues Brothers. The Atlas buddies are later joined by the dog-like Spot bot, and the ostrich-like Handle robot, which was designed to help out in a warehouse setting.

The whole thing has a surreal quality about it. The robots move in surprisingly smooth motions. Since the footage is mostly shot from a low angle, it makes the robots look larger than they are—at least the size of typical humans. Combined with the jaunty tune, you’d almost believe the robots are having a good time together if you didn’t know they’re just performing their programmed movements.

The video is a departure from what we’re typically used to from the Boston Dynamics bots. The demos are typically impressive, but somewhat clinical and usually elicit an endless stream of Terminator references in just about every blog post and internet comment surrounding them. Back in 2018, we first saw the Atlas robot performing “parkour” and the YouTube comment section was packed full of references to an impending apocalypse.

In December 2020, Hyundai purchased Boston Dynamics for $1.1 billion. The company is also now selling its Spot robots commercially for just under $75,000, so it makes sense that going forward we’ll start to see more consumer-friendly demos and videos to raise more positive brand awareness.

For now, spend a few minutes basking in the weird dance moves of these lovable, lifeless robots, and consider how far this kind of bot has come over the years. It seems like just yesterday we were watching other humanoid robots fail catastrophically (and hilariously) when trying to achieve simple tasks like walking up a set of stairs. Now they’re all but ready to start their own TikTok channel and become full-fledged influencers.