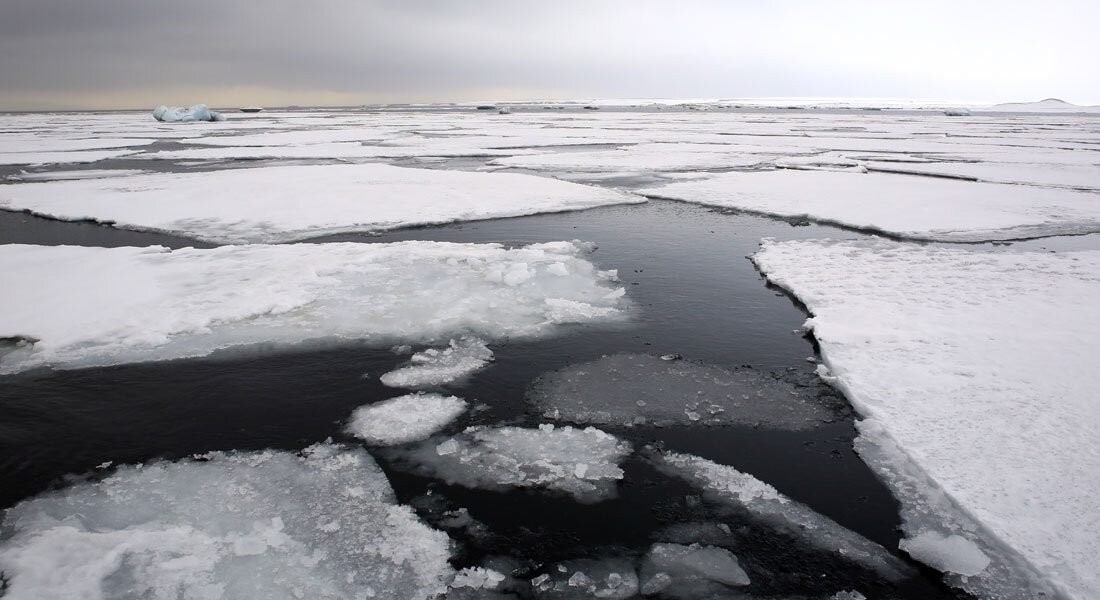 Researchers from the Niels Bohr Institute, University of Copenhagen have, in collaboration with Norwegian researchers in the ERC Synergy project, ICE2ICE, have shown that abrupt climate change occurred as a result of widespread decrease of sea ice. This scientific breakthrough concludes a long-running debate on the mechanisms causing abrupt climate change during the glacial period. It also documents that the cause of the swiftness and extent of sudden climate change must be found in the oceans.

Scientific evidence for abrupt climate change in the past finally achieved

During the last glacial period, app. 10,000—110,000 years ago the northern hemisphere was covered in glacial ice and extensive sea ice, covering the Nordic seas. The cold glacial climate was interrupted by periods of fast warmup of up to 16.5 degrees Celsius over the Greenland ice sheet, the so called Dansgaard Oeschger events (D-O).

These rapid glacial climate fluctuations were discovered in Greenland ice core drillings decades ago, but the cause of them has been hotly contested. D-O events are of particular significance today as the rate of warming seems to be very much like what can be observed in large parts of the Arctic nowadays. The new results show that abrupt climate change in the past was closely linked to the quick and extensive decline in sea ice cover in the Nordic seas. This is very important knowledge as sea ice is presently decreasing each year.

“Our, up until now, most extensive and detailed reconstruction of sea ice documents the importance of the rapid decrease of sea ice cover and the connected feedback mechanisms causing abrupt climate change,” says Henrik Sadatzki, first author of the study.

Past sea ice cover was reconstructed in the marine cores by observing the relation between specific organic molecules produced by algae living in sea ice, and others by algae living in ice-free waters. In the Renland ice core from East Greenland the researchers looked at the content of bromine. This content is connected to newly formed sea ice, since bromine contents increase when sea ice is formed. A robust chronology and sea ice information in both sediment cores and the ice core could be established and used to investigate the extent of the sea ice changes in the Nordic seas during the last glacial period.

“We have investigated how the sea ice cover changed during the last glacial period in both marine cores and ice cores. With the high resolution in our data sets we are able to see that the Nordic seas, during the rapid climate changes in the glacial period, change from being covered in ice all year round to having seasonal ice cover. This is knowledge we can apply in our improved understanding of how the sea ice decline we observe today may impact the climate in the Arctic,” says Helle Astrid Kjær, Associate professor at the Ice, Climate and Geophysics section at the Niels Bohr Institute.

The data the group of researchers present shows that the Nordic seas were covered by extensive sea ice in cold periods, while warmer periods are characterized by reduced, seasonal sea ice, as well as rather open ice free oceans. “Our records show that the extensive decline in sea ice could have happened during a period of 250 years or less, simultaneously with a phase in which the water in the oceans to the north mixed with the Nordic sea, and that this situation led to sudden changes in atmospheric warming,” says Sadatzki.

As the Nordic sea changed abruptly from ice covered to open sea, the energy from the warmer ocean water was released to the cold atmosphere, leading to amplification of sudden warming of the climate. The result of the study documents that sea ice is a ‘tipping element’ in the tightly coupled ocean-ice-climate system. This is particularly relevant today, as the still more open ocean to the north can lead to similar abrupt climate change.