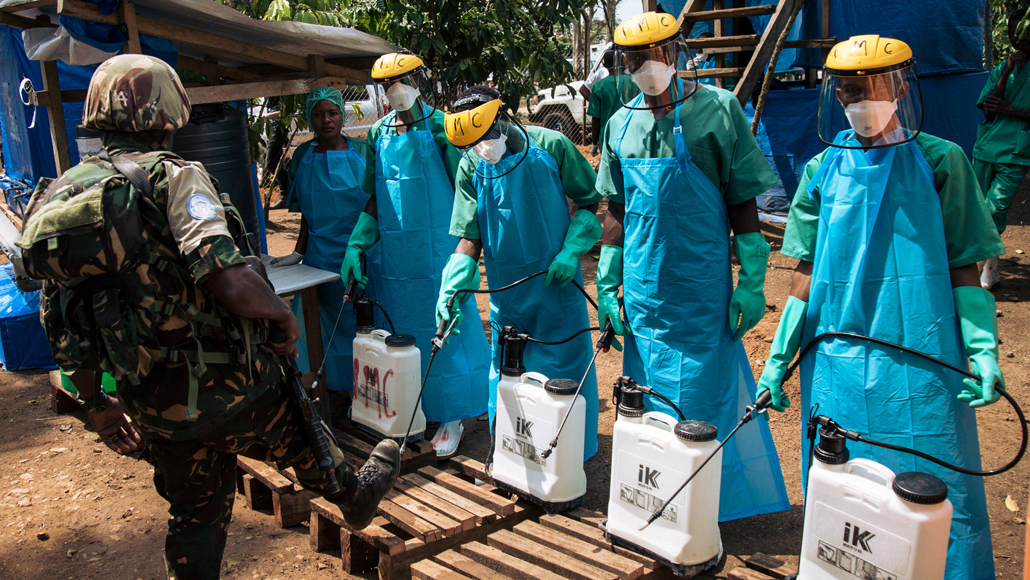 There is now an approved treatment for Ebola, one of the world’s deadliest diseases.

The U.S. Food and Drug Administration announced October 14 that Inmazeb, a cocktail of lab-made antibodies developed by the pharmaceutical company Regeneron, can be used to treat adult and pediatric patients with Ebola. The announcement comes less than a year after the FDA greenlit the first Ebola vaccine (SN: 12/20/19).

“This is a big development,” says Erica Ollmann Saphire, an immunologist at the La Jolla Institute for Immunology in San Diego, Calif. Ebola virus causes severe illness, including fever, vomiting, diarrhea and bleeding. Outbreaks of the disease, discovered in the 1970s, can kill 25 to 90 percent of those infected (SN: 2/11/19). Previously, people could only be helped by supportive therapies, like replacing lost fluids, Saphire says. “But this approval means Ebola is now a treatable disease.”

Inmazeb was evaluated along with three other experimental Ebola treatments in a clinical trial conducted in the Congo in 2018 and 2019 amid the second largest outbreak of the disease (SN: 8/12/19). During the trial, 33.8 percent of people treated with Inmazeb died after 28 days, compared with 51 percent of people who received a different treatment.

The drug consists of three different monoclonal antibodies, human-made antibodies designed to mimic those produced naturally during an immune response. One gums up structures on the Ebola virus that allow it to infiltrate human cells, while the other two recruit immune cells to clear out the virus and infected cells.

Saphire, who heads a research consortium focused on studying antibody treatments for Ebola, says that given the drug’s two-pronged approach to fighting the virus, “the Regeneron cocktail is exactly the sort of complementary approach our research predicted would be most efficacious.” (Regeneron Pharmaceuticals is a major financial supporter of the Society for Science & the Public, which publishes Science News.)

Inmazeb, which is delivered intravenously, has been used to treat patients in the ongoing Ebola outbreak in the Congo under compassionate use protocols. The new FDA approval will remove regulatory hurdles, Saphire says, allowing local doctors and medical aid groups like Doctors Without Borders to more easily obtain the drug from national stockpiles in the United States and deploy them in affected areas.

In July, Regeneron and the U.S. Biomedical Advanced Research and Development Authority announced an agreement whereby the company would produce Inmazeb for a national stockpile over the next six years.