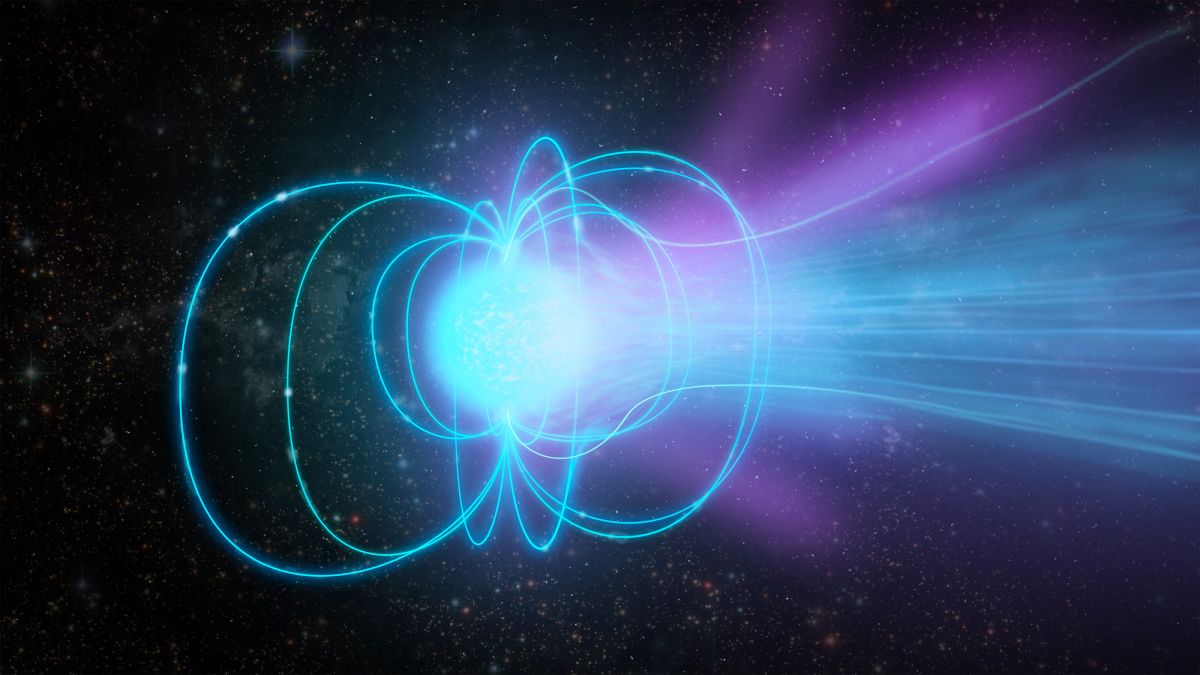 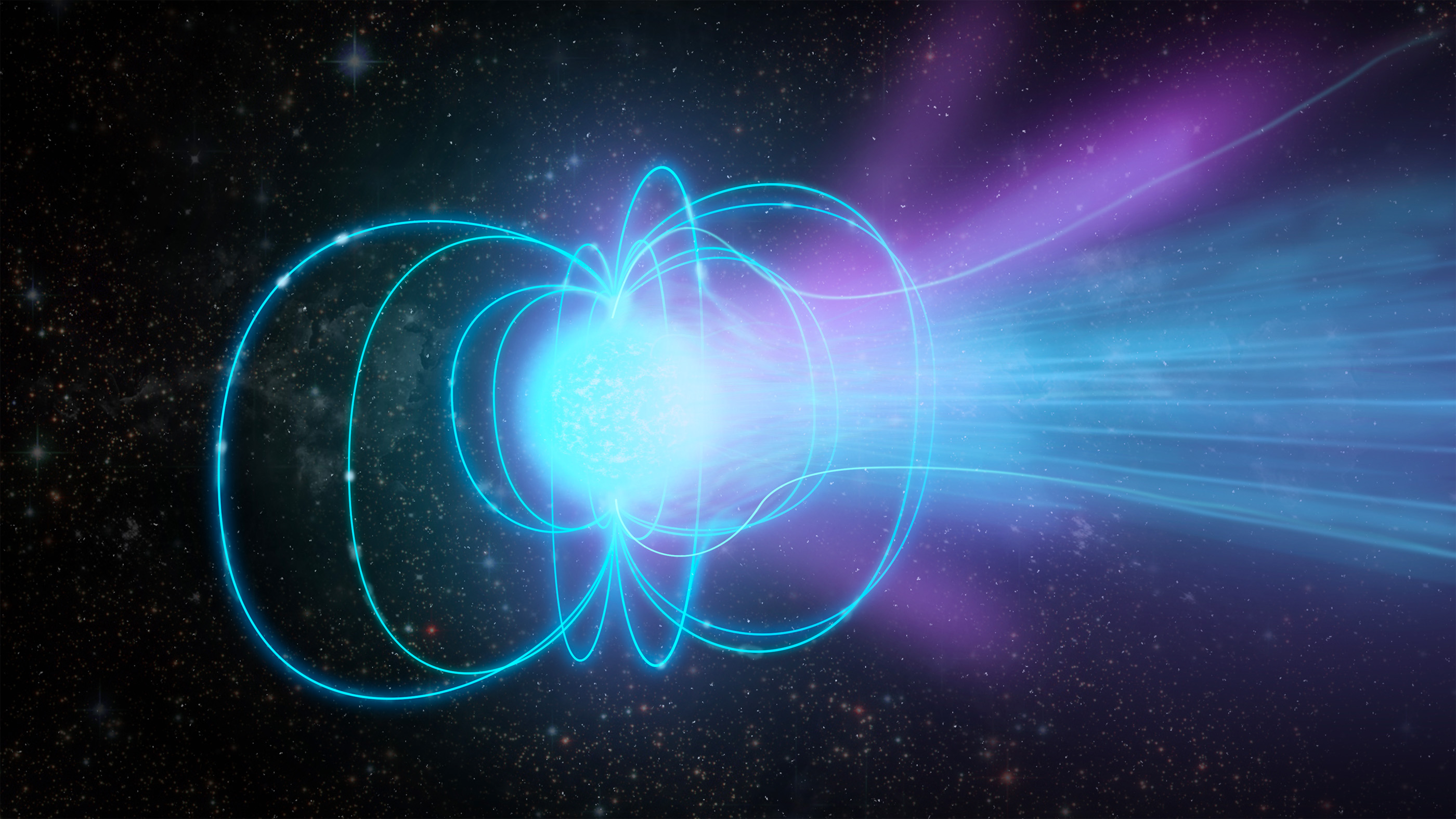 A little dead star that dazzled us earlier this year is not done with its shenanigans.

Magnetar SGR 1935+2154, which in April emitted the first known fast radio burst from inside the Milky Way, has flared up once more, giving astronomers yet another chance to solve more than one major cosmic mystery.

On 8 October 2020, the CHIME/FRB collaboration detected SGR 1935+2154 emitting three millisecond radio bursts in three seconds. Following up on the CHIME/FRB detection, the FAST radio telescope found something else – a pulsed radio emission consistent with the magnetar’s spin period.

“It’s really exciting to see SGR 1935+2154 back again, and I’m optimistic that as we study these bursts more carefully, it will help us better understand the potential relationship between magnetars and fast radio bursts,” astronomer Deborah Good of the University of British Columbia in Canada, and member of the CHIME/FRB, told ScienceAlert.

The detections, reported in The Astronomer’s Telegram, are currently undergoing analysis.

Before April of this year, fast radio bursts (FRBs) had only ever been detected coming from outside the galaxy, usually from sources millions of light-years away. The first one was discovered in 2007, and ever since, astronomers have been trying to figure out what causes them.

As the name implies, FRBs are bursts of extremely powerful radio waves detected in the sky, some discharging more energy than hundreds of millions of Suns. They last mere milliseconds.

Because most fast radio burst sources seem to flare once and haven’t been detected repeating, they’re extremely unpredictable. In addition, the ones we’ve detected usually come from so far away, our telescopes are unable to pick out individual stars. Both of these characteristics make FRBs challenging to track down either to an exact source galaxy, or a known cause.

Once the power of the signal was corrected for distance, FRB 200428 was found to be not quite as powerful as extragalactic fast radio bursts – but everything else about it fit the profile.

“If the same signal came from a nearby galaxy, like one of the nearby typical FRB galaxies, it would look like an FRB to us,” astronomer Shrinivas Kulkarni of Caltech told ScienceAlert in May. “Something like this has never been seen before.”

We don’t know much about the three new bursts yet. Because scientists are still working on the data, it’s possible that some early conclusions are likely to change, Good told ScienceAlert. But we can already tell that they are both like and unlike FRB 200428.

They are a little less powerful again, but they are all still incredibly strong, and all just milliseconds long. “Although less bright than the detection earlier this year, these are still very bright bursts which we’d see if they were extragalactic,” Good said.

“One of the most interesting aspects of this detection is that our three bursts seem to have occurred within one rotation period. The magnetar is known to rotate once every ~3.24 seconds, but our first and second bursts were separated by 0.954 seconds, and the second and third were separated by 1.949 seconds. That’s a bit unusual, and I think it’s something that we’ll be looking into further going forward.”

That could reveal something new and useful about magnetar behaviour, because – let’s face it – they are pretty weird.

Magnetars – of which we have only confirmed 24 to date – are a type of neutron star; that’s the collapsed core of a dead star not massive enough to turn into a black hole. Neutron stars are small and dense, about 20 kilometres (12 miles) in diameter, with a maximum mass of about two Suns. But magnetars add something else to the mix: a shockingly powerful magnetic field.

But we do know that magnetars undergo periods of activity. As gravity tries to keep the star together – an inward force – the magnetic field, pulling outward, is so powerful, it distorts the star’s shape. This leads to ongoing tension which occasionally produces gargantuan starquakes and giant magnetar flares.

SGR 1935+2154 has been undergoing such activity, suggesting a link between magnetar tantrums and at least some FRBs.

Obviously, astronomers have found the source of the first intra-galactic FRB to be of intense interest. When CHIME/FRB reported their detection, other astronomers went to have a look at the star, including a team led by Zhu Weiwei of the National Astronomical Observatories of China who had access to FAST, the largest single-aperture radio telescope in the world.

And they found something interesting, also reported in The Astronomer’s Telegram – pulsed radio emission. These radio pulses were nowhere near as strong as the bursts, but they’re extremely rare: If validated, SGR 1935+2154 will only be the sixth magnetar with pulsed radio emission. And the pulse period was found to be 3.24781 seconds – almost exactly the star’s spin period.

This is curious, because so far, astronomers have struggled to find a link between magnetars and radio pulsars. Pulsars are another type of neutron star; they have a more normal magnetic field, but they pulse in radio waves as they spin, and astronomers have long tried to figure out how the two types of stars are related.

Earlier this year, Australian astronomers identified a magnetar that was behaving like a radio pulsar – a possible “missing link” between the two, and evidence that at least some magnetars could evolve into pulsars. SGR 1935+2154 could be another piece of the puzzle.

“Based on these results and the increasing bursting activities, we speculate that the magnetar may be in the process of turning into an active radio pulsar,” Weiwei’s team wrote.

What an absolutely bloody fascinating little star this is turning out to be.