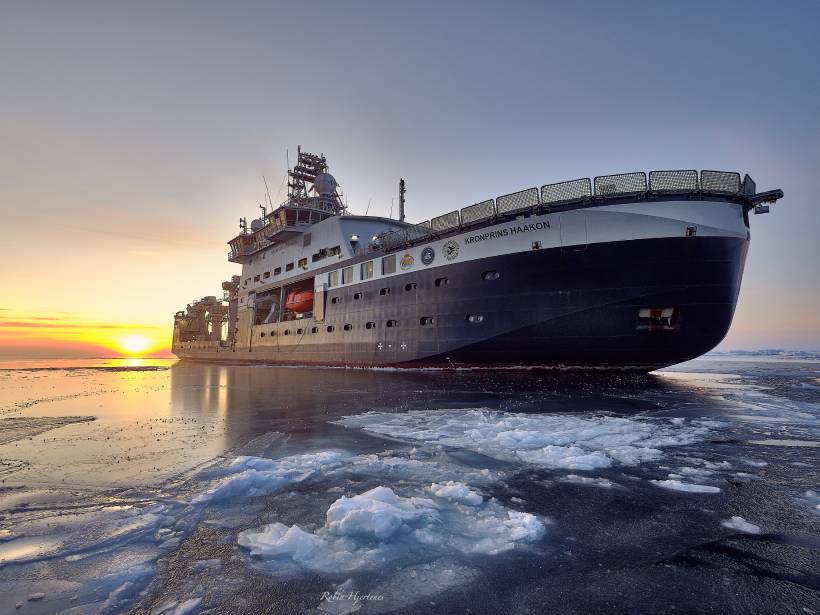 From more than 384,000 kilometers away, the Moon’s gravity pulls at Earth and its oceans, even affecting activity hundreds of meters below the sea surface. Oceanographers know that tides can affect methane emissions that seep from the seafloor, and now a research team has shown this influence extends into the deep Arctic.

The team, led by Nabil Sultan, a geotechnics researcher at the French marine sciences institute Ifremer, set out to the Arctic sea. They intended to measure the pressure and temperature of fluids within the sediments along the Vestnesa Ridge on the Svalbard continental margin to see how geological processes in the area might affect that pressure. The team chose two sites that they expected wouldn’t have methane gas plumes, trying to avoid geologically active structures to learn about background sediment properties.

To get their measurements, the team deployed a piezometer, a rodlike device that can measure pressure within sediment pores, equipped with temperature sensors. Embedded 7 meters into the sediment of the Arctic seabed, the device collected data for 4 days before the researchers brought it back to the surface. They collected pore pressure and temperature measurements at two sites, one at 910 meters deep and another at 1,330 meters.

When the researchers got their data, their first surprise was that the pressure readings suggested the presence of methane seeps. “We were not expecting to see any gas in the area,” said Sultan.

Previous hydroacoustic surveys, the traditional method used to detect these seeps from the local seabed, hadn’t shown the presence of free gas. Because surveys can’t continuously monitor the seafloor, they can miss signs of emissions that a piezometer stuck in the sand for days can pick up. “With this monitoring method, we were able to show that the extension of the area where we have degassing is much [larger] than what we’re observing with classical methods,” said Sultan.

The pore pressure hundreds of meters below the ocean surface seemed to change with the tides, even though tidal height varied by just 1 meter.

The team’s next surprise was that the amount of methane released from the sediment seems to fluctuate throughout the day. “Why can we see so much change within 3 days?” wondered Andreia Plaza-Faverola, a marine geophysicist at Norway’s Centre for Arctic Gas Hydrate, Environment and Climate and coauthor on the study. “There are not many things that could explain those peaks in the pressure.”

The team compared their data with the tidal cycles and found an answer. The pore pressure hundreds of meters below the ocean surface seemed to change with the tides, even though tidal height varied by just 1 meter. Through modeling, the group also saw that at low tide, when water column height decreased by about 1 meter, the pressure in the water column dropped, which the authors think allowed gas seepage through seabed fractures, whereas high tides seemed to reduce both the height and volume of methane emitted.

“It is interesting to see with this data that such small changes in pressure are affecting gas accumulations that are very close to the seafloor,” said Plaza-Faverola.

However, the scientists had only pressure and temperature measurements and weren’t able to observe gas bubbles at the sites. In future studies, the group is hoping to use remotely operated vehicles to observe bubbles and see whether their release aligns with the cycles identified in this study. The findings are also limited to two sites and data recorded over a few days, and the team hopes to collect data at more locations at longer timescales to see how generalizable the present findings might be.

One of the most notable consequences of the research, published in Nature Communications, is that it shows there could be much more gas activity than scientists are picking up with the traditional method for identifying methane emission sites, hydroacoustic surveys. “They’re able to address what’s happening between acoustic surveys, and what’s happening is a really cool high-frequency change in methane flux,” said Joel Johnson, a geology professor at the University of New Hampshire. “There might be more gas going into the ocean than we thought because of this tidal flux above faulted areas where there’s lots of free gas.”

This study also highlights the sensitivity of gas systems hundreds of meters below the surface. The findings suggest that even a sea level rise of 1 meter would be enough to affect the release of methane hundreds of meters below. At these depths, the methane dissolves in water before reaching the surface. In shallower areas (less than 50 meters deep), however, methane can reach the atmosphere. Future sea level rise could offset some of those emissions.

“We’re not saying that the increase in water height is a good thing,” said Sultan. But the pressure changes that will come with rising waters merit more investigation. “We need to consider how pressure will impact this gas system.…It’s urgent today to go study in more detail the shallowest areas in the Arctic or in areas where you have high concentration of gas and gas hydrates.”