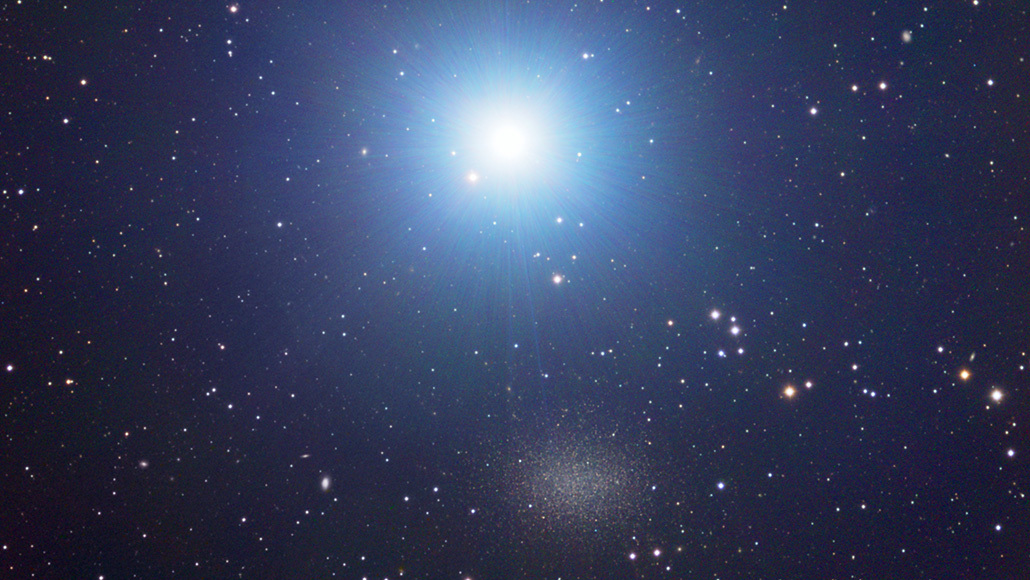 If you’re a small galaxy and want to mint new stars, come to the Milky Way — but don’t get too close if you want a long-lasting star-making career. New observations with the Gaia space telescope show that our galaxy is both friend and foe to the lesser galaxies that revolve around it.

Some 60 known galaxies orbit the Milky Way. About a dozen of these satellite galaxies are dim dwarf spheroidals, which each emit just 0.0005 to 0.1 percent as much light as the Milky Way (SN: 12/22/14). Their few stars are spread out from one another, giving the galaxies such a ghostly appearance that the first one found was initially suspected to be only a fingerprint on a photographic plate.

But these ghostly galaxies once sparkled with young stars. A new study finds that most of these galaxies lit up when they first crossed into our galaxy’s gravitational domain as fresh stars arose. But then, in most cases, the little galaxies stopped making stars soon afterward, because the Milky Way stripped the dwarf galaxies of gas, the raw material for star formation.

Astronomer Masashi Chiba of Tohoku University in Sendai, Japan, and his then-graduate student Takahiro Miyoshi studied seven of the dwarf spheroidal galaxies orbiting the Milky Way. The researchers used the European Space Agency’s Gaia spacecraft, which had measured the galaxies’ motions, to compute their orbits around the Milky Way’s center. The orbits are elliptical, so the galaxies approach and then recede from our galaxy’s center. The astronomers then compared those paths to the times when the galaxies formed their stars.

“We found that there’s a very nice coincidence between the timing of the first infall of the satellite [toward the Milky Way] and the peak in the star formation history,” Chiba says. In work posted online at arXiv.org on October 23, the astronomers attribute the burst of star formation in the small galaxies to the Milky Way. Encountering the giant galaxy squeezes the dwarf galaxies’ gas, causing that gas to collapse and spawn lots of new stars.

As an example, the Draco dwarf galaxy first crossed into the Milky Way’s domain 11 billion years ago and formed numerous stars then — but never again. More recently, the Leo I dwarf galaxy entered our galaxy’s realm just 2 billion years ago, a time that coincided with its last burst of star birth. But today Leo I creates no new stars and, like Draco, has no gas to do so.

“Those two galaxies kept their interstellar gas inside them, so that the star formation still continued,” Chiba says. Both galaxies managed to eke out new stars for many billions of years after crossing into the Milky Way’s realm. Today, however, neither galaxy has any gas left.

“I think it all makes sense,” says Vasily Belokurov, an astronomer at the University of Cambridge, who notes how essential the Gaia spacecraft was to the discovery. “It’s a beautiful demonstration of what we’ve never been able to do before Gaia, and suddenly we can do these magical things.”