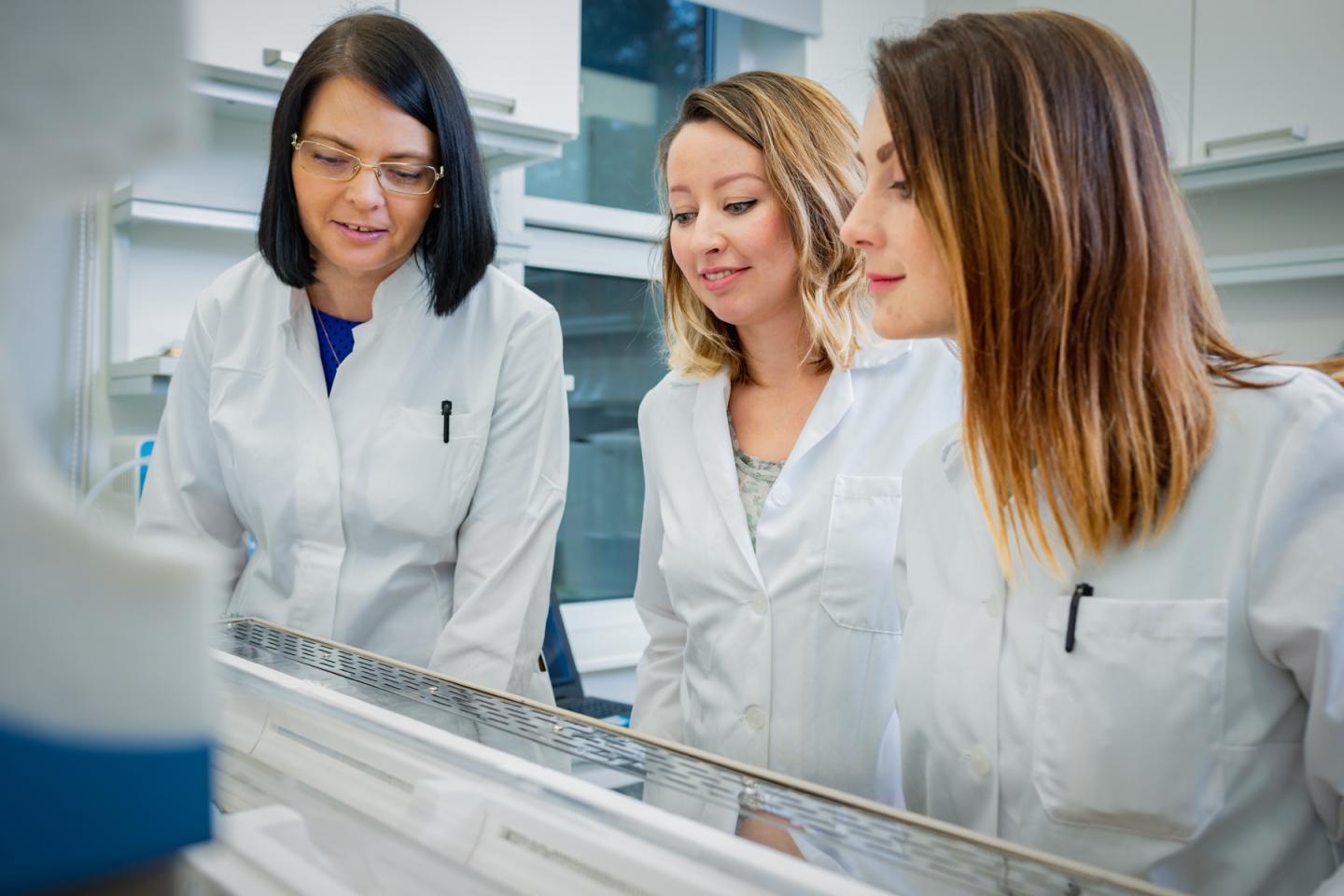 The European Union is determined to undertake a major reform known as the European Green Deal with an aim of making Europe the first climate neutral continent in 2050. The biggest changes will take place in the energy production sector, which stands on the brink of a complete transition to renewable energy sources, including solar energy. To boost the power output of solar cells to a terawatt-scale, technologies that leave a smaller ecological footprint, are more efficient and offer a wider range of applications need to be developed alongside with the first-generation silicon-based solar cells currently dominating in the solar cell market.

TalTech’s photovoltaic materials and optoelectronic materials physics research groups published an article in the journal Solar Energy titled “The effect of S/Se ratio on the properties of Cu2CdGe(SxSe1?x)4 microcrystalline powders for photovoltaic applications”, which focused on the development of the new generation monograin layer solar cells.

One of the authors of the article, Head of the TalTech Laboratory of Photovoltaic Materials, Senior Researcher Marit Kauk-Kuusik says, “Unlike the widespread silicon-based solar panels, the next-generation solar cells are made of very thin layers of material. To build such solar cells, semiconductors with very good light-absorbing properties must be used. As is known, light absorption in silicon is rather poor, thus requiring relatively thick absorber layers, which make solar cells heavy and rigid. Our research focused on the analysis of the potential applications of the Cu2CdGe(SxSe1?x)4 semiconductor in the production of solar energy. In this study, we focused on the effect of sulfur/selenium (S/Se) ratio on the optoelectronic properties of the absorber material in order to maximise the spectral sensitivity range.”

Solar cell works on the principle of photovoltaic effect, i.e. energy can be produced directly by light. A solar cell absorber should be able to absorb light as efficiently as possible, in particular to harness the full spectrum of wavelengths in solar radiation. In addition, the absorption coefficient of the absorber material must be as high as possible, which means that already a very thin layer of the absorber should absorb all the incident light. This in turn means that less material is required to produce an absorber than in case of a lower absorption coefficient. Therefore, while absorbers made of silicon, which is a material with a low absorption coefficient, are 150-200 μm thick, the layers of modern absorber materials based on monograin powders can be 5-10 times thinner (i.e. 10-30 μm thick). It also automatically reduces the weight of the solar cell.

Lower weight of solar sells also means a decrease in material consumption, which is of course not of minor importance in our current era of increase in environmental awareness and green revolution. “It is important to consistently search new alternatives to the existing silicon-based solar cells used for decades,” Marit Kauk-Kuusik says. The trend is towards environmental friendliness and overall sustainability. In addition to reduced material consumption and weight, the new solutions are also much more innovative. The keywords are still high-performance, lightness, flexibility and durability.

While conventionally costly vacuum evaporation or sputtering technologies have been widely used to produce solar cells, the unique monograin powder technology applied by TalTech material researchers does not require any high vacuum equipment. Microcrystalline powder is synthesized by molten salt method in quartz ampoules in a special chamber furnace. The mass obtained is washed and sieved into narrow size fractions by a special sieving system and the synthesized high-quality microcrystalline powder, monograin powder, is used for the production of solar cells.

Marit Kauk-Kuusik says, “The monograin powder produced by our powder technology consists of microcrystals that form miniature solar cells in a large module. This provides major advantages over silicon-based solar panels: the material is lightweight, flexible, can be semi-transparent, while being environmentally friendly and significantly less expensive.”

Environmentally friendly energy production has become vital in the light of the green revolution and sustainable consumption. Renewable energy, where solar energy plays an increasingly significant role, is an important keyword here.

“The power conversion efficiency of the solar cell developed as a result of our research is 6.4%, which is world highest published performance for Cu2CdGe(SxSe1?x)4 based solar cells and slightly higher than that of the world’s first, silicon-based cell developed decades ago. Thus, it is a promising result,” Kauk-Kuusik says. She is also convinced that, unlike with this invention, it will no longer take 30 to 40 years to achieve higher power conversion efficiency, as was the case with the silicon, but results in science will be achieved in a much shorter period of time.

Source: Solar Energy “The effect of S/Se ratio on the properties of Cu2CdGe(SxSe1?x)4 microcrystalline powders for photovoltaic applications”, 10.2020 https://www.sciencedirect.com/science/article/pii/S0038092X2030997X