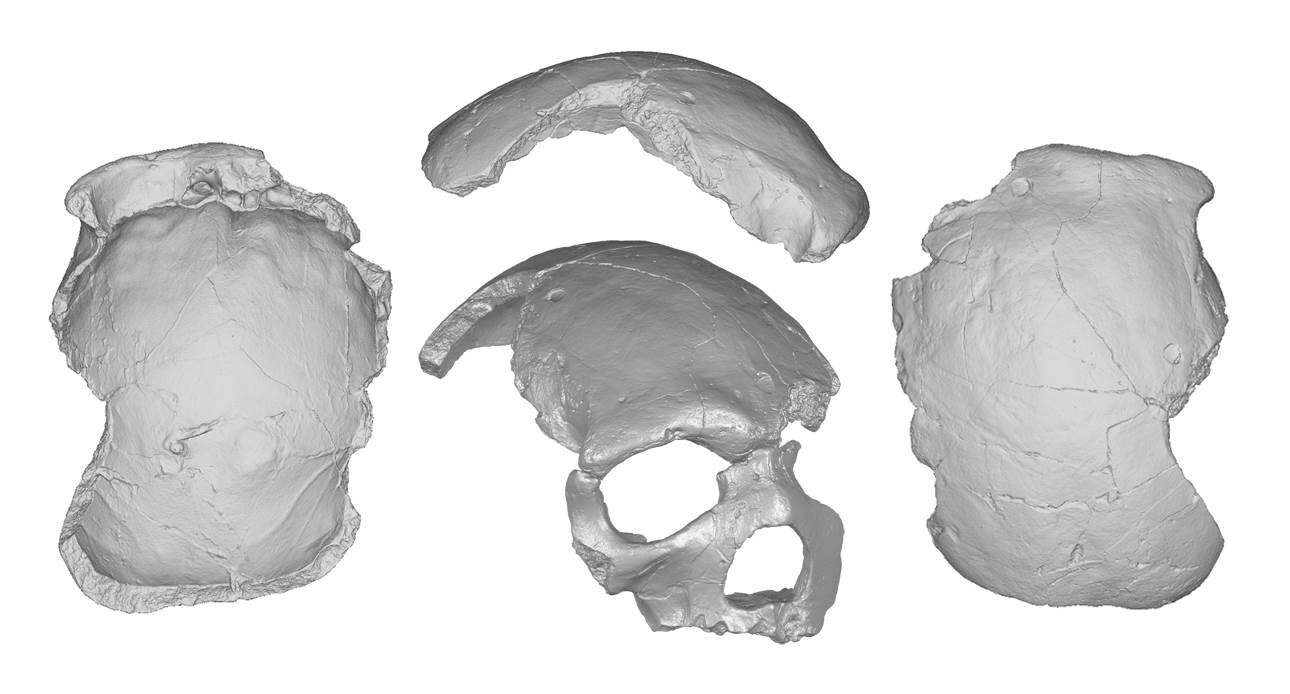 Emiliano Bruner, a paleoneurologist at the Centro Nacional de Investigación sobre la Evolución Humana (CENIEH), in collaboration with Marlize Lombard, of the University of Johannesburg, has just published a study in the Journal of Anthropological Sciences which describes the braincase traits of Florisbad, a fossil found in South Africa in 1932, and its similarities with other species like Homo sapiens, H. neanderthalensis and H. heidelbergensis.

The frontal bone of this individual, dated to around 260,000 years ago, has a completely modern shape, which suggests a spatial relationship between face and cranial vault very similar to that of Homo sapiens, although the frontal lobes are particularly broad, like in H. neanderthalensis. Nonetheless, the parietal bone displays an anatomy very similar to more archaic species such as H. heidelbergensis.

“The Florisbad cranium might be key to investigating the origin of our species. It could be from a very early population of Homo sapiens or an extinct group belonging to another independent, parallel human lineage,” says Bruner.

Fossils with a mixture of more highly evolved characters in the face and more primitive ones in the posterior regions of the cranium have also been found in Europe and Asia, which corroborates the idea that human evolution did not proceed linearly but mosaically.

The temporal lobes of Homo erectus were proportionally smaller than in H. sapiens