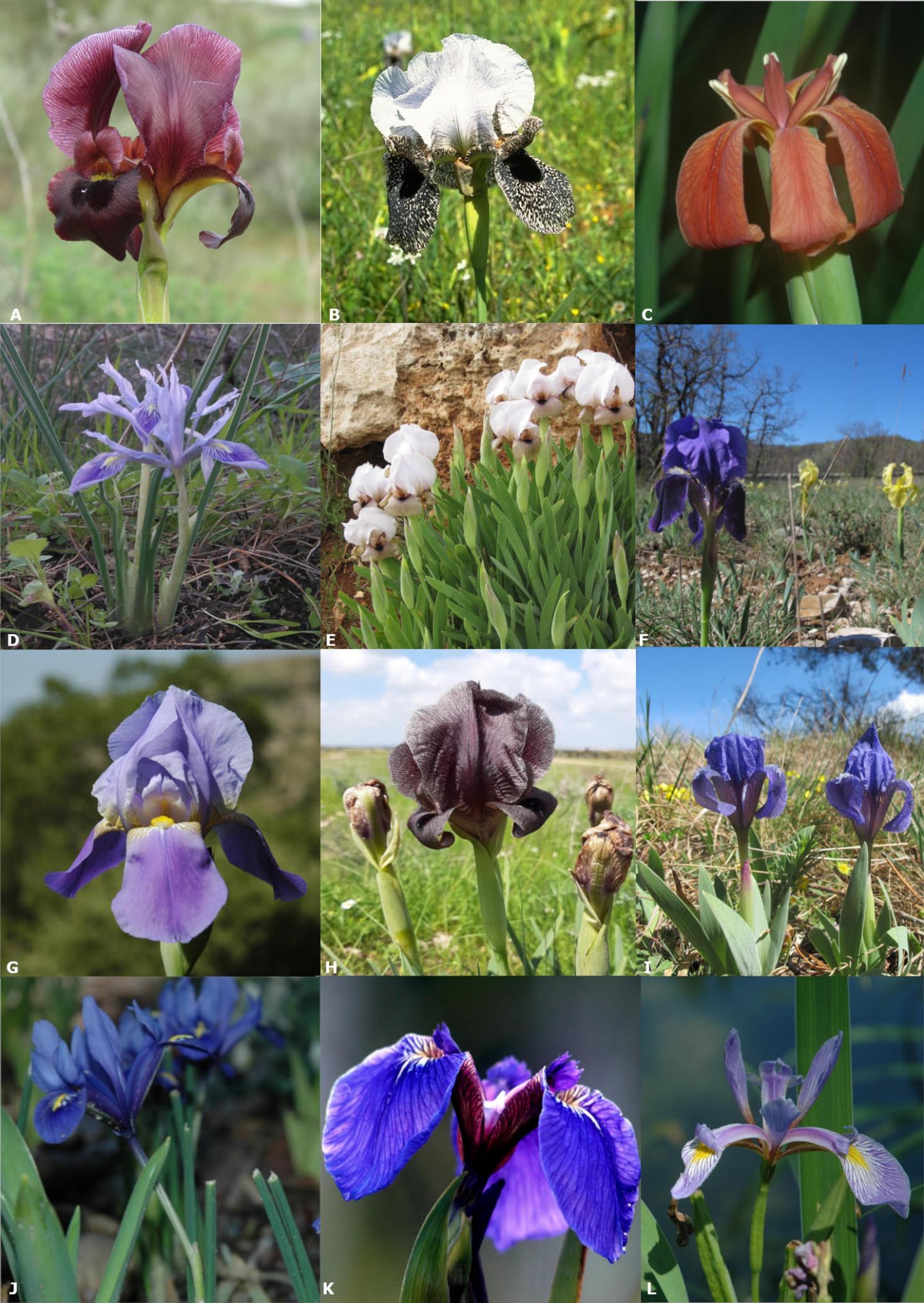 The genus Iris of flowering plants — named after the Greek rainbow goddess because of the variation in flower color — comprises over 300 species across the northern hemisphere, some of which are Vulnerable or (Critically) Endangered on the IUCN Red List of Threatened Species. Due to the poor fossil record, it is not yet known when irises first originated, but scientists believe the genus is only a few million years old, having its closest living relatives in today’s southern Africa.

“We wanted to study the factors influencing and maintaining the outstanding evolutionary divergence in irises, a young but very diverse group. We were especially interested in the evolution of flower color and morphology, because these are key traits for pollinator attraction,” says Dr Yuval Sapir from the School of Plant Sciences of Tel Aviv University, Israel, corresponding author of a new study in the open-access journal Frontiers in Plant Science.

Modern Iris species mostly live in (semi-)deserts or mountainous environments, although some specialize in moist or wet habitats. They are typically pollinated by insects, but a few species are visited by birds, and often capable of self-fertilization (“self-compatible”). Their flowers have three upright petals, the “standards”, and three hanging sepals, the “falls”. Standards and falls aren’t always the same color, and can be dark purple, violet, pink, yellow, or white. Their lower parts form a pollination tunnel that contains both the stamens and styles, whose entrance may be marked by a ridge or “crest”, part of the falls. Crests are thought to function as guides to lead potential pollinators to the nectar or pollen reward. Falls may also bear a raised hairy area, the “beard”, with possibly similar function. Some species don’t produce nectar but provide another type of reward for insects: safe shelter inside the flowers, which warm up in the morning. Such species often have a dark “spot” on the falls, which may play a role in increasing or maintaining a higher temperature inside.

“Here we show that the ancestor of the genus Iris probably had purple flowers, with a crest and a spot on the falls. Its flowers were also likely insect-pollinated, producing nectar as a reward, and self-compatible. From this point onward, rapid evolution created divergence to hundreds of combinations of color, size, and other flower characteristics,” says Dr Katarzyna Roguz, a postdoctoral scientist who led the research.

Roguz et al. created a phylogeny or evolutionary tree, based on the similarity in DNA sequence from public databases at six genes — five from the chloroplast and one from the nucleus — from 215 species, 10 subspecies, and two varieties of Iris. Each scored for 16 traits related to flower color, reproduction, habitat, and distribution. The phylogeny largely supported the published taxonomy of the genus Iris, divided into seven subgenera (Limniris, Iris, Hermodactyloides, Nepalensis, Pardanthopsis, Scorpiris, Xiphium), with a further division into two and six sections for the largest subgenera, Limniris and Lophiris.

The researchers show that many traits of irises are evolutionary labile — that is, shifting back-and-forth between alternate states. For example, spots were lost and regained repeatedly, while shifts between purple versus yellow flowers were common. Beards also evolved at least three times independently. While the overwhelming majority of irises remain insect-pollinated, there have been at least two shifts towards bird pollination, followed by several reversals back to insect pollination. Other traits were shown to be more evolutionary stable, for example mating system and the ability to produce nectar, where shifts between the states were few.

“Our results suggest that pollinators are responsible, at least partially, for the evolution of Iris flower shape and that they are still playing a major role in the divergence of species in this genus. Evolution is amazing!” says Sapir.