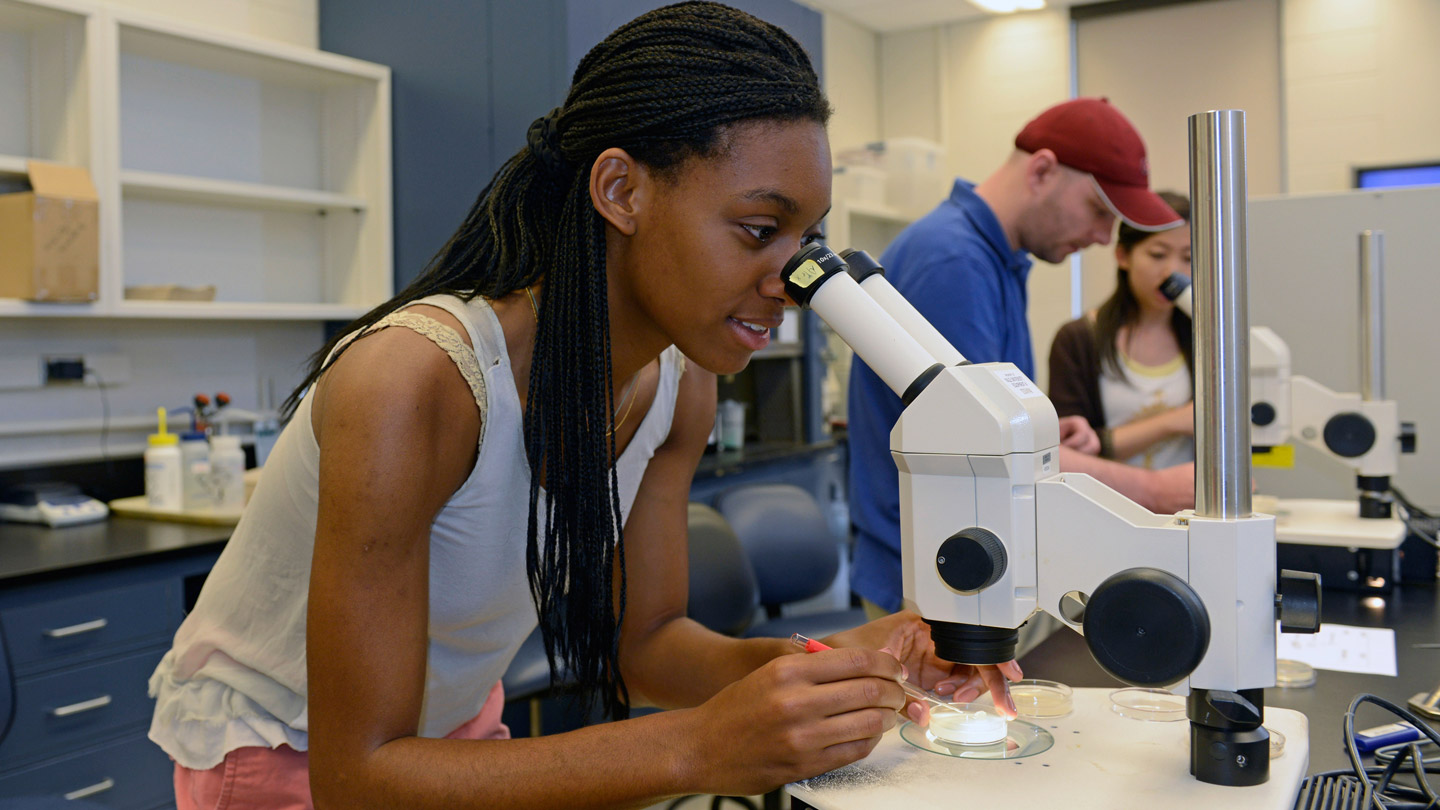 Nationwide protests in response to the police killings of George Floyd, Breonna Taylor and other unarmed Black men and women in the first part of 2020 inspired calls to action within academia’s ivory tower.

Social media movements such as #BlackInSTEM brought attention to discrimination faced by Black students and professionals throughout the science, technology, engineering and mathematics pipelines. U.S. Black residents studying and working in STEM fields are underrepresented at every level, from undergraduate degree programs to the workforce.

The academic environment fails to support Black students, says economist Gary Hoover of the University of Oklahoma in Norman. “Black students in STEM are some of the most talented people around, and if the environment isn’t going to be welcoming, these folks just take their talents elsewhere.”

As Black STEM students make their way up the academic ladder, they may face learning and research environments that are unsupportive or actively hostile. In a 2018-2019 study by the American Institute of Physics, Black students in physics reported that they commonly experienced a lack of financial support, as well as microaggressions, small interactions in which peers or superiors question a person’s presence or performance due to racially charged bias. These experiences negatively affected the person’s sense of belonging in the field. The study results were based on a survey of 232 students, 53 percent of whom identified as Black or Black biracial. In the survey, 42 percent of the Black physics students reported that their department creates a supportive environment “most times,” compared with 53 percent of their white colleagues. Four percent of the Black students reported that their department “never” creates a supportive environment; none of the white students selected this response.

“As I reflect on my own academic journey… there were fewer and fewer Black students in my programs,” says anthropologist Stephanie Poindexter of the University of Buffalo in New York. Poindexter was one of very few Black students studying primates in her undergraduate program, and representation narrowed further as she progressed to a Ph.D. “What I see is a lot of untapped potential,” Poindexter days: “interested students of color who are not fostered into higher degrees in the same way that other students are fostered.”

Within the U.S. STEM workforce, Black scientists are also underrepresented, as are Hispanic or Latino and Native American scientists, according to 2017 data.

Among 11 STEM professions reviewed by the National Center for Science and Engineering Statistics, or NCSES, only one field demonstrates a rate of Black representation that is close to  the overall population: 92 of every 100,000 Black residents are social scientists, compared with 122 of every 100,000 U.S. residents overall.

The disparity is especially severe in engineering. For example, 29 of every 100,000 U.S. residents are chemical engineers compared with 2 of every 1000,000 Black residents.

“Young Black potential engineers have few role models that look like them and/or come from similar backgrounds that they can emulate, manifesting in a deficit in the younger students cultivating these skills,” says Aaron Kyle, senior lecturer in biomedical engineering design at Columbia University’s Fu Foundation School of Engineering and Applied Science. Kyle also notes that minority scientists may be cited less than their peers, leading to challenges in career advancement.

Disparities in salary are found in most, but not all, STEM fields. Computer science has the largest disparity, with a median annual salary in 2017 of $97,000 for white professionals compared with $72,000 for Black professionals. There are so few working Black mathematicians that the NCSES couldn’t even make a comparison.

Black scientists in the biological and social sciences, on the other hand, have higher median salaries than their white colleagues. Perhaps, Hoover says, some social sciences, such as political science, may be “more readily able and willing to embrace issues around ethnicity, race and inclusion” than other fields, allowing Black scientists to negotiate more equitable pay.

When Black students shift to other tracks, Black communities suffer from a lack of doctors, researchers and engineers who directly understand their experiences and needs. The loss leads to blind spots in innovation, Kyle says.

“We see clear examples of this, ranging from facial recognition software not accurately identifying Black faces all the way through race-based health care disparities: COVID-19 mortality, elevated maternal [death] in Black women, higher amputation levels amongst Black diabetics,” he says. For instance, the mortality rate for Black newborns was cut in half when the babies were cared for by Black doctors, according to a recent report in the Proceedings of the National Academy of Sciences (SN: 8/25/20).

To improve Black representation in science, Poindexter, Hoover and Kyle all say that solutions must include new offerings of grants, promotions and other research programs dedicated to supporting Black STEM students from elementary school into the workforce. “There needs to be a concentrated effort and financial commitment to balance the scales in the next one to five years,” Poindexter says.