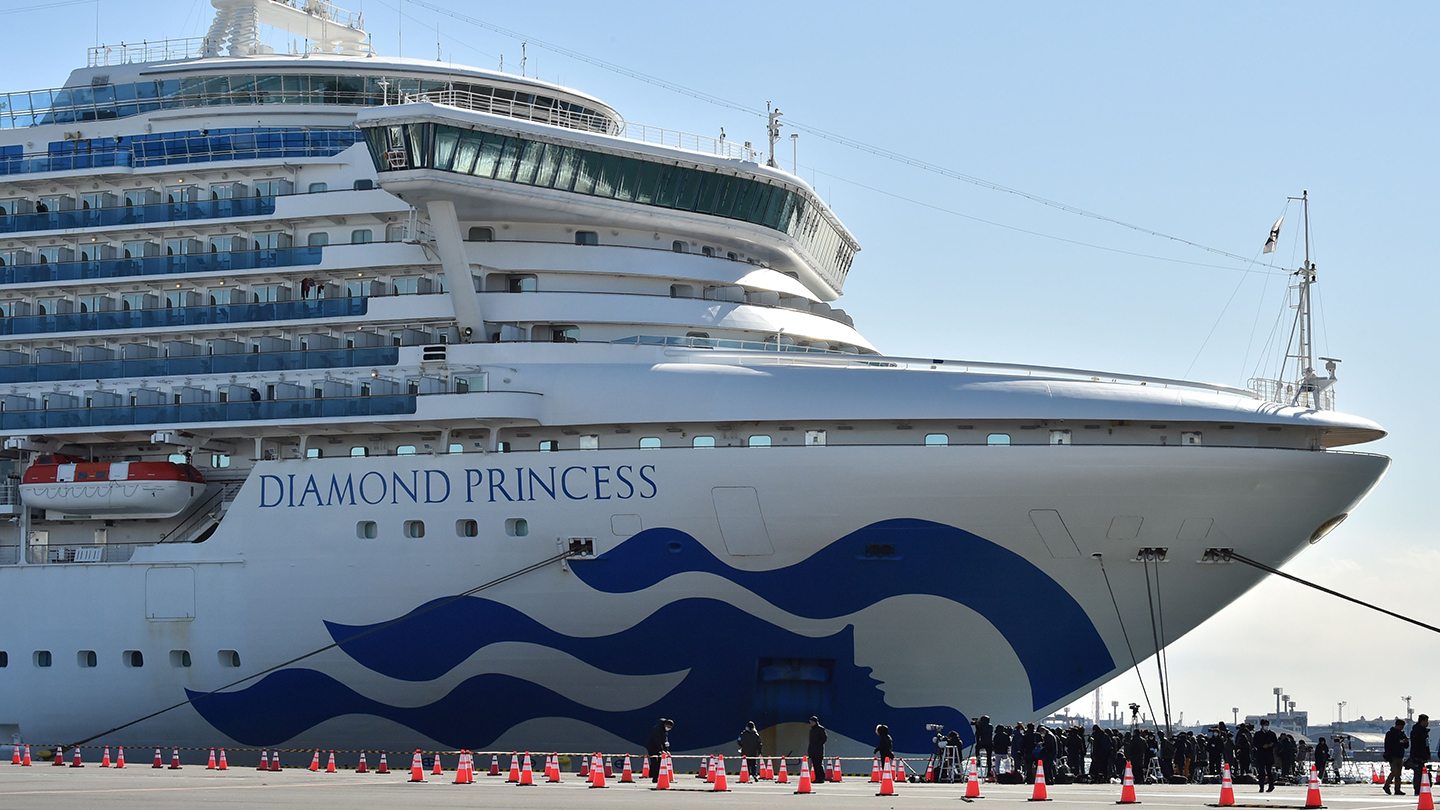 Few people noticed on New Year’s Eve last year when China reported a mystery illness to the World Health Organization. But soon, the never-before-seen coronavirus responsible for the disease was infiltrating the rest of the world.

As we prepare to enter the second year of the COVID-19 pandemic, Science News looks back on how the disease took over 2020 and how society attempted to fight back.

China notifies the World Health Organization about a cluster of pneumonia cases of unknown cause in Wuhan.

The WHO announces a novel coronavirus is the cause of the pneumonia.

Thailand reports the first known novel coronavirus infection outside of China. Within a week, Japan and South Korea report cases.

The first U.S. infection is reported in the state of Washington.

Wuhan goes into lockdown to stem the virus’ spread.

The Diamond Princess cruise ship is quarantined in Japan. Eventually, 712 of the 3,711 people on board test positive. Through mid-March, cruise ship travelers represent about 17 percent of known U.S. cases.

The U.S. Centers for Disease Control and Prevention releases a flawed COVID-19 diagnostic test, delaying the country’s ability to screen widely for the virus.

Virologists name the virus “severe acute respiratory syndrome coronavirus 2,” or SARS-CoV-2, because it is related to the virus that caused the 2002–2003 SARS outbreak. The disease caused by SARS-CoV-2 is named “COVID-19.”

After a choir in Washington state meets for a practice, over 80 percent of attendees get infected, suggesting airborne transmission of the virus.

The WHO declares the outbreak is a pandemic. The virus has spread to at least 114 countries, killed over 4,000 people and infected nearly 120,000.

COVID-19 vaccine safety tests begin in the United States and in China.

Contrary to conspiracy theories, a study confirms the virus was not made in or released from a lab. Subsequent research suggests a bat is the most likely source.

As the number of U.S. cases surpasses 100,000, the United States becomes the new epicenter of the pandemic.

The U.S. Food and Drug Administration grants emergency use authorization for hydroxychloroquine, an antimalaria drug, to treat some hospitalized patients.

With evidence mounting that the virus can spread through the air and that asymptomatic people are contagious, the CDC recommends people wear face coverings in public.

The FDA grants emergency use authorization for the antiviral drug remdesivir for severely ill patients after preliminary findings suggest the drug can shorten hospital stays.

The CDC sends out an advisory about cases of a multi­system inflammatory syndrome in children who test positive for the virus.

The FDA revokes emergency use authorization for hydroxychloroquine after multiple studies show no benefit.

Dexamethasone, a steroid, is the first drug found to reduce COVID-19 deaths, among people sick enough to need respiratory support.

China approves a vaccine for use by the military, before final safety and efficacy testing is completed.

Less than six months after the disease is named, more than 10 million people worldwide have been infected with the virus and over 500,000 have died.

Gilead Sciences, the maker of remdesivir, claims the drug reduces risk of death from COVID-19.

Pfizer and Moderna begin recruiting tens of thousands of volunteers for late-phase clinical trials of their vaccines.

Russian President Vladimir Putin announces that a vaccine dubbed Sputnik V will be available to the general public, even though all phases of testing are not yet completed.

A week into the fall semester, the University of North Carolina at Chapel Hill announces all undergraduate classes will move online because of high infection rates on campus.

The FDA grants emergency use authorization for convalescent plasma to treat hospitalized patients, despite a lack of clinical trials assessing whether blood from recovered patients actually helps fight the disease.

The first report of a person being reinfected with the virus raises concerns about how long immunity lasts.

More than 1 million people have died from COVID-19; over 40 percent of deaths have occurred in the United States, Brazil and India.

President Donald Trump tweets that he is infected, becoming the latest in a series of world leaders to get COVID-19. He is later hospitalized and receives remdesivir, dexamethasone and an experimental antibody treatment.

Remdesivir becomes the first drug to win full FDA approval for treating COVID-19. A week earlier, however, a WHO study found that the drug does not reduce COVID-19 deaths, countering the drugmaker’s earlier claim.

Based on preliminary data, Pfizer says its vaccine appears to be 90 percent effective at preventing people from getting sick from the coronavirus. Subsequent findings suggest 95 percent effectiveness.

AstraZeneca reports its vaccine is 62 to 90 percent effective.

The United Kingdom clears Pfizer’s vaccine for emergency use.

An advisory committee recommends that the FDA grant emergency use authorization of Pfizer’s COVID-19 vaccine.

Global cases stand at more than 69 million, with more than 1.5 million deaths.