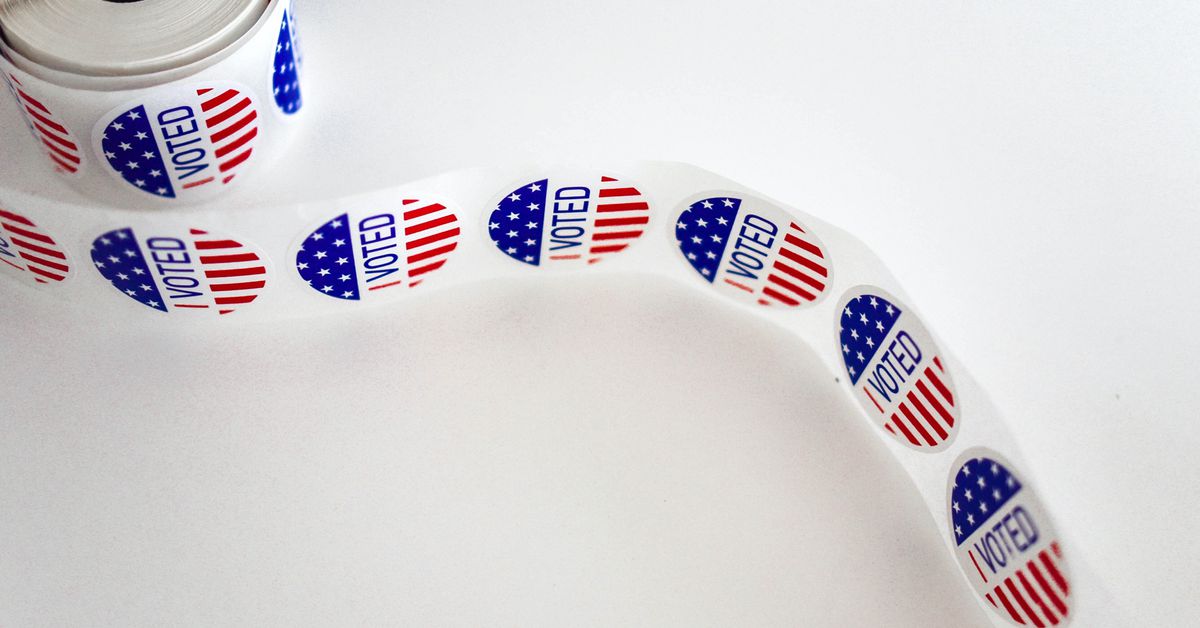 The coming United States presidential election could truly determine our ability to mitigate the climate crisis—with disastrous costs if the current policy of inaction continues.

We’re running out of time to halt the worst impacts of climate change. To do this, we’d need to keep the planet from warming more than 2ºC—preferably 1.5ºC—per the Intergovernmental Panel on Climate Change. With the current trajectory of carbon emissions, the IPCC estimates we could hit 1.5ºC as soon as 2030, which means governments will need to make dramatic shifts to renewable and clean power before then.

The choice for the planet this year is straightforward. The current president has largely ignored the findings and recommendations of scientists, while his opponent’s stated climate plan is generally in line with the changes we know we need to avert climate catastrophe.

While former vice president Joe Biden has shied away from fully embracing the Green New Deal, his website calls the resolution a “crucial framework for meeting the climate challenges we face.” In the first presidential debate, he insisted that the GND isn’t his plan, and that he instead supports the “Biden plan.”

While the Biden plan doesn’t include as broad a suite of progressive policies as the GND, it still packs a punch for carbon emissions. The plan identifies deadlines that mostly match timelines advocated by climate scientists and activists, with the ultimate goal being net-zero emissions across the U.S. economy by 2050. “Biden has the most aggressive climate change plan of any presidential candidate in U.S. history,” Leah Stokes, an environmental policy professor at the University of California, Santa Barbara told CBS News.

To get there, the plan pledges to rid the power sector of carbon emissions by 2035. The country would be powered by “clean, American-made” electricity—including scaling up solar and offshore wind resources. The Biden plan also calls for the improvement of numerous technologies, including battery storage, negative emissions, as well as hydrogen and nuclear power. To accomplish this, the administration would leverage tools like offering tax credits to renewable companies offering high labor standards such as the option to join a union.

There are also provisions for upgrading infrastructure, developing a high speed rail network, supporting a domestic auto industry with a focus on clean vehicles, and building zero emissions public transportation. The plan claims it can create millions of jobs, while supporting strong labor practices and making investments in communities that have disproportionately faced the impacts of pollution and climate change. The plan is estimated to cost $2 trillion over four years, and the campaign proposes to fund it through a variety of measures, including by increasing corporate taxes, a stimulus, and ending fossil fuel subsidies (which alone could bring in an estimated $20 billion annually).

On an international level, Biden has pledged to re-enter the United States into the Paris climate agreement, intended to keep global emissions to “well below” 2ºC, which the Trump administration pulled the US out of. While Biden has not stated that he would ban fracking, it appears he intends to prevent new fracking on federal lands. “Biden has done a lot of work to create a climate plan that is aggressive, that I think many climate scientists are happy with,” says Abigail André, an environmental law professor at Vermont Law School. She adds, however, that “spending on this level won’t happen without the support of Congress … If Republicans maintain control of the Senate, it seems unlikely that Biden would be able to get the $2 trillion in investments that his plan needs.”

Trump has no plan for climate change

Asked about climate change during the last debate, the only concrete thing President Trump could muster was that he’d joined the One Trillion Trees Initiative, a global effort launched by the World Economic Forum to support restoring and conserving forests. And although, yes, reforestation can capture carbon, the net result won’t make any difference when the administration largely favors actions that expand fossil fuels extraction. The president has also moved to open protected lands like Alaska’s Tongass National Forests to new logging. (His campaign website’s Energy and Environment page merely brags about regulatory rollbacks, with no mention of climate change.)

The Trump Administration has pursued some 100 rollbacks of environmental regulations, which doesn’t exactly signal that a livable planet is a priority. To highlight just a few:

Another proposition that worries André is the administration’s proposed plans for a massive expansion of offshore drilling. Trump has since tabled the plans and even imposed an offshore drilling moratorium for some states (in an apparently political move to win over voters who were worried about the impact to tourism and fishing) , but if they are revived in a second term they could bring about a large increase in oil and gas production, while also threatening coastal ecosystems.

There are numerous other actions Trump has proposed that also further fossil fuel use, but suffice to say any of the administration’s claims of protecting the climate and natural resources are overshadowed by its war on environmental regulations.

What another four years of inaction could bring

Another four years of climate inaction could prove disastrous. Ditching the Paris climate agreement, a choice that will be finalized next week, not only reduces the chances of the United States decreasing its emissions on anything approaching the scale needed, it can also make other countries less likely to want to comply, says André. “The general sense was the agreement could survive four years of absence [during Trump’s first term],” she says. “But that long term, our absence could serve as a real death blow to the agreement overall, not only because we are the second highest emitter after China, but also because US leadership is needed to help keep others in line.”

In 2016, climate scientists authored a perspective article in Nature Climate Change that made clear how crucial immediate action on climate is, writing that “policy decisions made in the next few years to decades will have profound impacts on global climate, ecosystems and human societies — not just for this century, but for the next ten millennia and beyond.” It’s not an exaggeration to say decisions made today could affect the planet for thousands of years. Climate denialism and inaction slams shut an already-narrow window for action.

Environmental rollbacks and inaction have a cost, and the public pays it. Citizens pay with compromised air and water and increased health costs. They pay in the loss of charismatic wildlife, in the muting of birdsong. They pay in having to cope with sizzling health waves, powerful hurricanes, and suffocating wildfire smoke. A path of climate inaction could result in up to 221 climate change-related death per 100,000 people by 2100.

“I think a second term would take what was already an emergency and turn it into a catastrophe from a climate change perspective,” says André. “I think it’s fair to say that we’re at a tipping point of pretty historic proportions.”