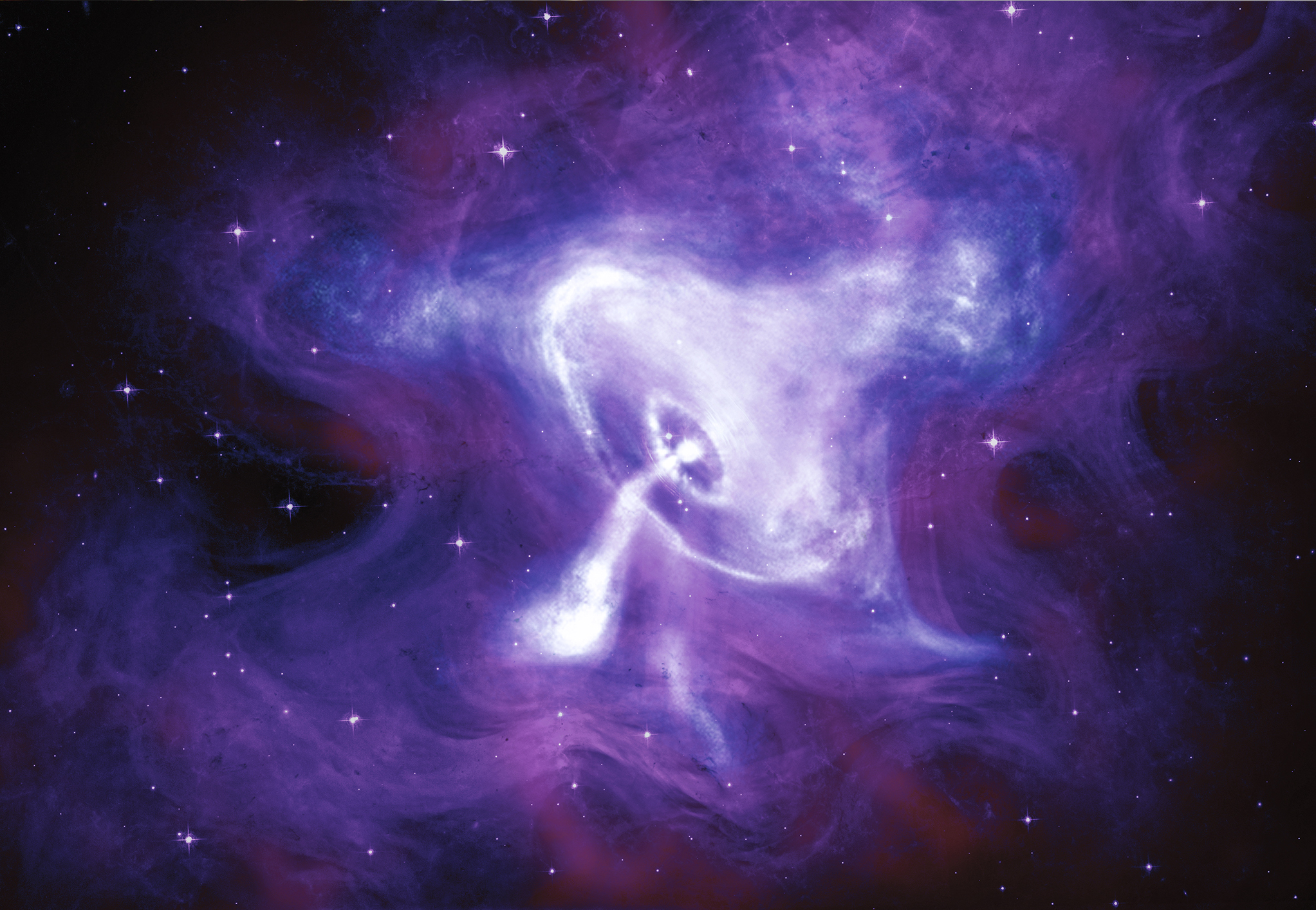 In space, nobody can hear you scream — or explode, or collapse, or slowly collide with a neighboring galaxy. But now, thanks to a new “data sonification” program at NASA, you can at least get a sense of what some of the most extreme phenomena in the universe might sound like when converted to sound played by Earthly instruments.

To hear what that sounds like, we turn to NASA’s Chandra X-ray center — which has been imaging distant galaxies with its Chandra X-ray observatory for 20 years now. (Apparently, just seeing the wonders of the cosmos was not enough for them.) In their new initiative, Chandra researchers have taken three iconic images from their archives and translated different frequencies of light into different pitches of sound.

Take the following video of the crab nebula (a supernova remnant powered by a windy neutron star). In NASA’s data sonification of the nebula, X-ray light (blue and white) is represented by brass instruments; optical light (purple) is played by string instruments; and infrared light (pink) is represented by woodwinds. The pitch of each instrument family increases from the bottom of the image to the top, so many tones are audible at the same time. The sounds converge near the center of the nebula, where a rapidly swirling pulsar is blasting gas and radiation in all directions. Listen below:

The agency posted two more videos in a statement. One shows the Bullet Cluster — two clusters of galaxies slowly colliding with one another, about 3.7 billion light-years from Earth. This collision provided the first direct evidence of the existence of dark matter, which is causing distant galaxies in the two blue regions of the image to appear larger and closer through a process called gravitational lensing, according to NASA. Those blue, dark-matter-y regions are represented with the lowest sound frequencies in the video below, with X-ray light represented with the highest frequencies.

The final video shows a supernova explosion called Supernova 1987A, named for the year its light first reached Earth from the Large Magellanic Cloud (a satellite galaxy about 168,000 light-years away). Unlike the other two videos, which pan over the image from left to right, this supernova gets a special time-lapse treatment. As a crosshair swoops around the edge of the nova’s gassy halo, the image gradually transforms to show the explosion’s evolution between 1999 and 2013. The brighter the halo becomes, the higher and louder the pitches sound. The ring of gas reaches peak brightness as the supernova shock-wave ripples through it, according to NASA, resulting in the loudest, highest pitches at the video’s end.

So, now you can tell your friends what a supernova, a neutron star and a great heap of dark matter sound like … in one sense, anyway.