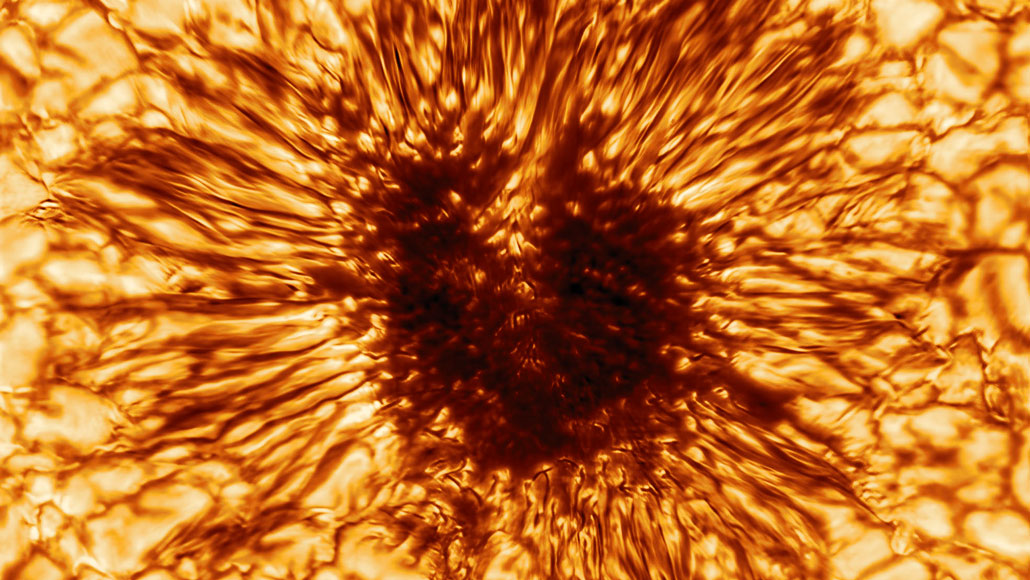 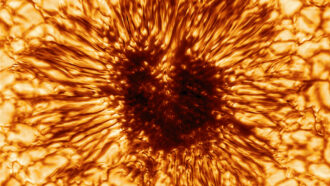 The largest solar telescope on Earth has gotten the sharpest glimpse ever of a sunspot.

Vaguely resembling a sunflower — or the Eye of Sauron from The Lord of the Rings — the spot appears as a dark blemish wreathed by ribbons of plasma that have been sculpted by magnetic fields sprouting from the spot’s center. At roughly 15,000 kilometers across, the entire spot could comfortably engulf Earth with room to spare.

The image was captured last January by the new Daniel K. Inouye Solar Telescope on Maui in Hawaii, observatory director Thomas Rimmele and colleagues report in the December 4 Solar Physics. With its 4-meter-wide mirror, the telescope is starting to provide the highest-resolution views of our star ever (SN: 1/29/20). The ability to see details as small as 20 kilometers across may help researchers get at the root of enduring mysteries about the sun (SN: 8/21/20), such as why its outer atmosphere is millions of degrees hotter than its surface.

Sunspots mark where bundles of magnetic fields punch through the sun’s surface. The magnetic fields suppress hot gas bubbling up from below, which cools the surface and makes it appear darker than its surroundings. Whereas the average temperature at the surface is about 5,500° Celsius, the core of a sunspot might be “only” 3,700° C.

The image was taken as part of a test run for the almost-finished telescope, which should open for business sometime in 2021. While the observatory is aiming for late spring or early summer, says Claire Raftery, communications director at the National Solar Observatory in Boulder, Colo., the ongoing COVID-19 pandemic may delay the opening.