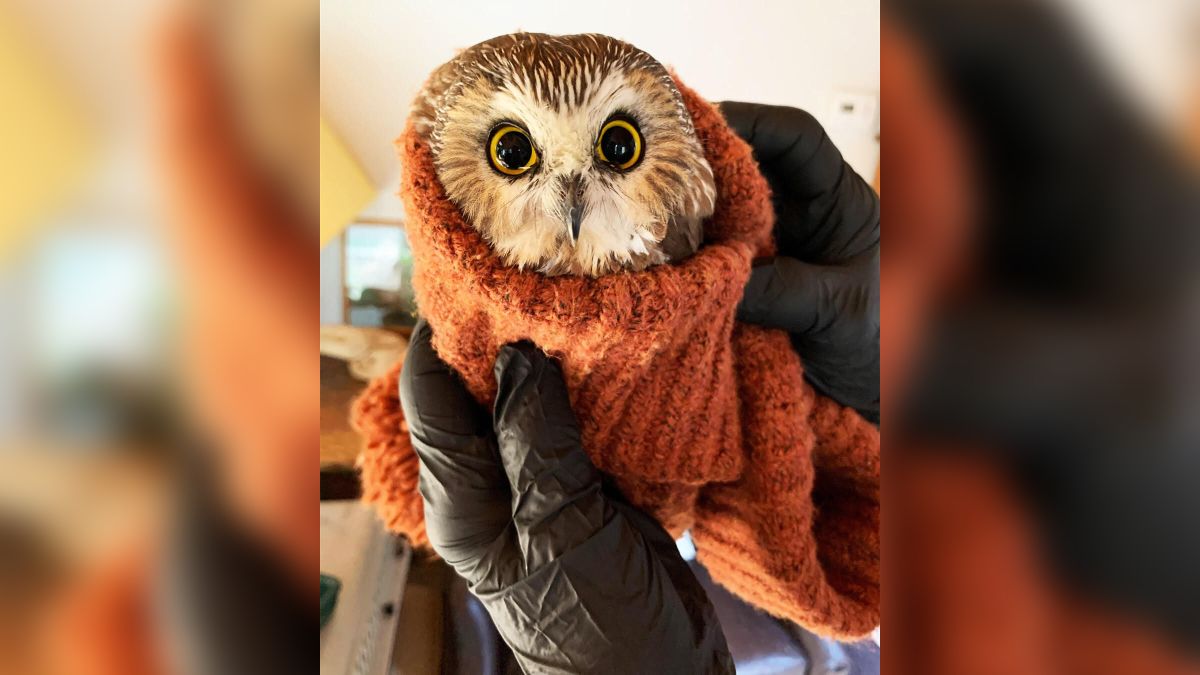 This season’s new Christmas hero — a tiny owl stowaway that survived the long drive from upstate New York to Rockefeller Center in Manhattan on a Norway spruce — won’t be taken back to his former home to be released back into the wild.

“There’s been a lot of controversy over the release site,” said Ellen Kalish, director and founder of Ravensbeard Wildlife Center, a nonprofit in Saugerties, New York, where the owl, named Rockefeller after the Christmas tree where he was found, is recovering. “[But] saw-whet owls by nature are nomadic. They basically don’t have a home base unless they’re raising a family, in which case they both help to feed the babies and then they’re off to their solo life.”

This nomadic lifestyle works in Rockefeller’s favor. Rather than “stress him out” on a two-hour journey to his old home in Oneonta, New York, Kalish is planning to release him from the wildlife center into the surrounding woods this Saturday (Nov. 21).

“It’s called a soft release where we’re going to put food out on the platform in case he’s hungry and doesn’t have a successful night of hunting,” Kalish told Live Science. “We believe that he’s going to go where he wants to go.”

In the end, this unexpected adventure will be “just a little detour” for the nocturnal predator, she said.

Kalish learned about the vagabond bird earlier this week, when the wife of a worker who helped transport and secure the 75-foot-long (23 meters) Norway spruce called to ask whether the center rehabilitated owls. The woman’s husband had found what he thought was a baby owl in the famed Christmas tree, but the little fluff was a long way from home.

Kalish agreed to take the owl. “Initially, when I opened the box and I looked at him, I was so grateful that he was alert and bright-eyed and not in a little heap at the bottom of the box,” she said.

She immediately realized it wasn’t an owlet, but a full-grown northern saw-whet owl (Aegolius acadicus); at 2.5 ounces (70 grams), it’s one of the smallest owl species in the United States. (The smallest owl in the world, the appropriately-named elf owl, lives in parts of the American Southwest and Mexico.) Saw-whet owls are named for a call they make, which sounds like a saw being sharpened against a whetting stone, according to The Cornell Lab of Ornithology.

Back at Ravensbeard, Kalish has fed Rockefeller plenty of mice, but “we didn’t watch [him eat] because we don’t want him to associate humans with food,” she said. It’s likely that Rockefeller hadn’t dined or drunk anything for three days, so “we’re just giving him a buffet of all-you-can-eat mice and fattening him up, because he was very thin.”

Otherwise, Rockefeller is doing great. X-rays showed that he didn’t have any fractures and his muscle condition looks good, a vet told Kalish.

As for how Rockefeller became a Christmas tree hitchhiker, he isn’t spilling the beans.

“It’s anybody’s guess; he’s the only one who knows his true story,” Kalish said. “We suspect that he was trapped or stunned. He could even be in a tree cavity and no one noticed, because [saw-whet owls] are so camouflaged.”

Rockefeller isn’t the only unexpected owl “ornament” on record. Last year, a Georgia family was stunned to find an Eastern screech owl in their Christmas tree, according to Fox4 News.