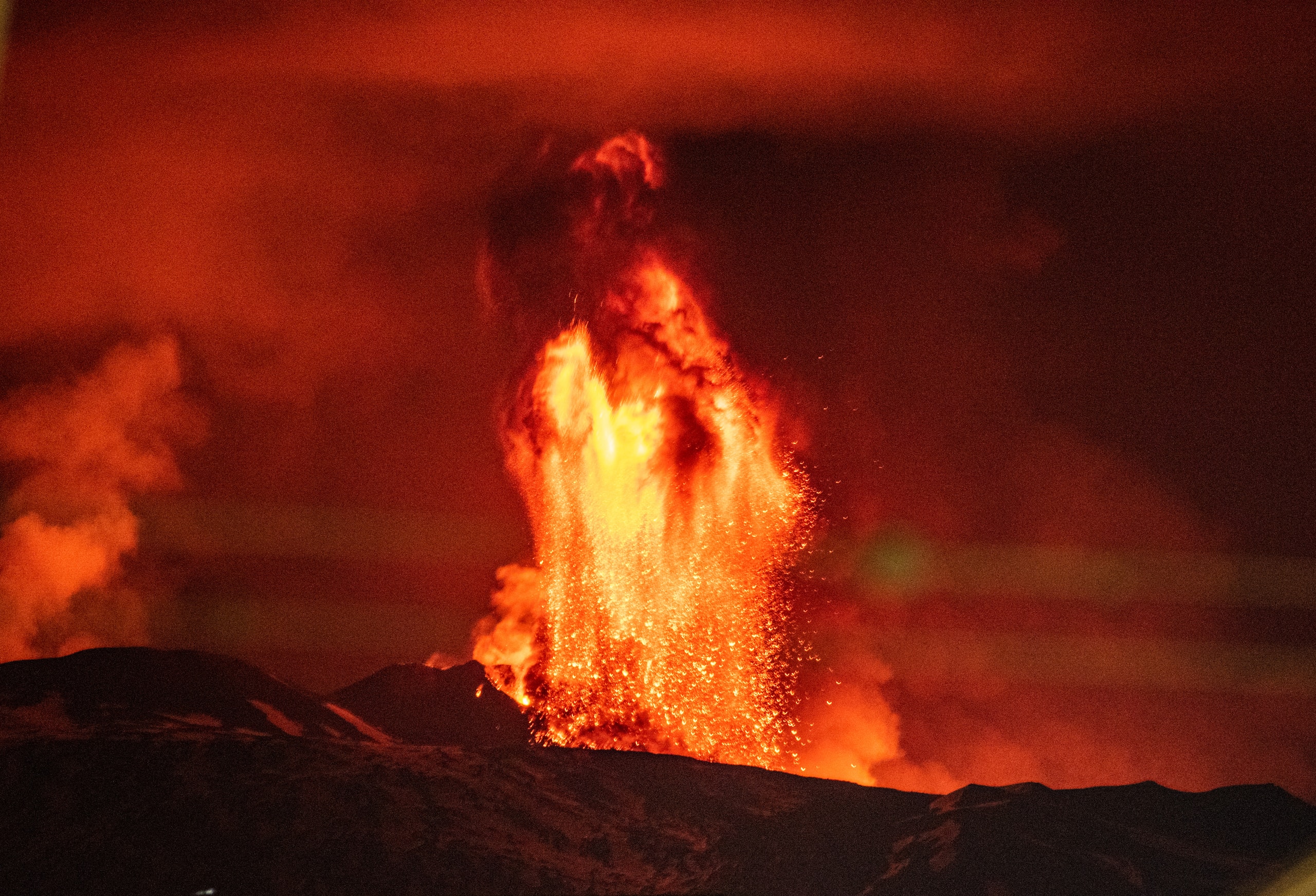 On January 15th, 2022, the underwater volcano Hunga Tonga-Hunga Ha’apai violently erupted, spewing an immense plume of ash and gas into the air. The explosion occurred in the midst of the Pacific Ocean near the island chain of Tonga, and caused a tsunami that swept the ocean and pressure waves that circled the Earth for days.

Explosive volcanic eruptions like Hunga Tonga pose an immediate threat to nearby communities and disrupt local air travel. They also release gasses like sulfur dioxide that can have long-term effects on the climate. When enough sulfur dioxide is released from a volcano, it sticks together to produce tiny particles called aerosols. These aerosols prevent incoming sunlight from reaching Earth’s surface, which can cool the planet for several years after the eruption.

Scientists have shown that the climate effects of an eruption depend on how much sulfur dioxide the plume emits, and how high the plume reaches in the atmosphere, or its altitude. Sulfur aerosols can remain aloft for months or even years if they reach the second layer of the atmosphere, the stratosphere. The height of the stratosphere varies with latitude on Earth, but it starts at around 10 km (6 miles) at mid-latitudes and around 20 km (12 miles) near the equator.

Scientists currently rely on satellites to measure the height of volcanic plumes, but very few volcanic eruptions have reached altitudes greater than 30 km (about 20 miles) in the modern satellite era. The Hunga Tonga super-eruption occurred in a location with extensive satellite coverage, so a team of scientists led by Simon Proud at the University of Oxford took the opportunity to develop a new satellite-based method to measure the height of its plume.

Previous researchers used infrared satellite measurements from the top of a volcanic plume to estimate its temperature and corresponding altitude. But this method can be inaccurate for large eruptions, because it relies on knowing exactly how temperature changes with height in the atmosphere, which becomes more difficult the higher up you go.

Proud’s team developed a new method for calculating plume height from satellite images using a type of triangulation called the parallax effect. Parallax is the apparent shift that results from seeing an object from two different angles. For example, if you hold up your thumb at arm’s length and alternate opening your left and right eyes, your thumb appears to jump back and forth. If you bring your thumb closer, the apparent gap widens. Astronomers use this effect to estimate very large distances, like the distance from the Earth to nearby stars.

Similarly, Proud and colleagues used the parallax effect to calculate plume altitude from images taken by three weather satellites that observed the Hunga Tonga eruption from different angles. They computed plume altitudes from images taken every 10 minutes, spanning when the eruption began around 4:15 pm local time, to when the sun set around 6:30 pm local time. They combined their new parallax-based altitude measurements with altitudes based on the standard infrared method.

They found that the plume rapidly punched into the stratosphere, reaching 25 km (more than 15 miles) within the first 15 minutes of the eruption. After 25 minutes it reached the upper stratosphere, at 40 km (25 miles). After 30 minutes the plume extended to 57 km (35 miles), well above the stratosphere and into the third layer of the atmosphere, the mesosphere. Ten minutes later, the plume had collapsed into an expanding donut-shaped ring, leaving a cloud of haze behind. The team suggested this haze was probably sulfur aerosols.

These observations provide the first evidence of a volcanic plume injecting gas and particles directly into the mesosphere. Scientists don’t know how these types of high-altitude eruptions will affect Earth’s climate. They also don’t know what made the Hunga Tonga eruption reach so much higher than any plume observed before. But these researchers suggest that mesospheric volcanic eruptions could be more common than we think.

The Hunga Tonga plume only spent about 20 minutes at its maximum altitude. Previous large eruptions, like Mount Pinatubo in 1991, were observed once per hour by a single satellite, meaning their plumes could have reached maximum altitudes in between observations. Proud and colleagues therefore propose that frequent satellite observations are critical for catching peak plume heights during large volcanic events.