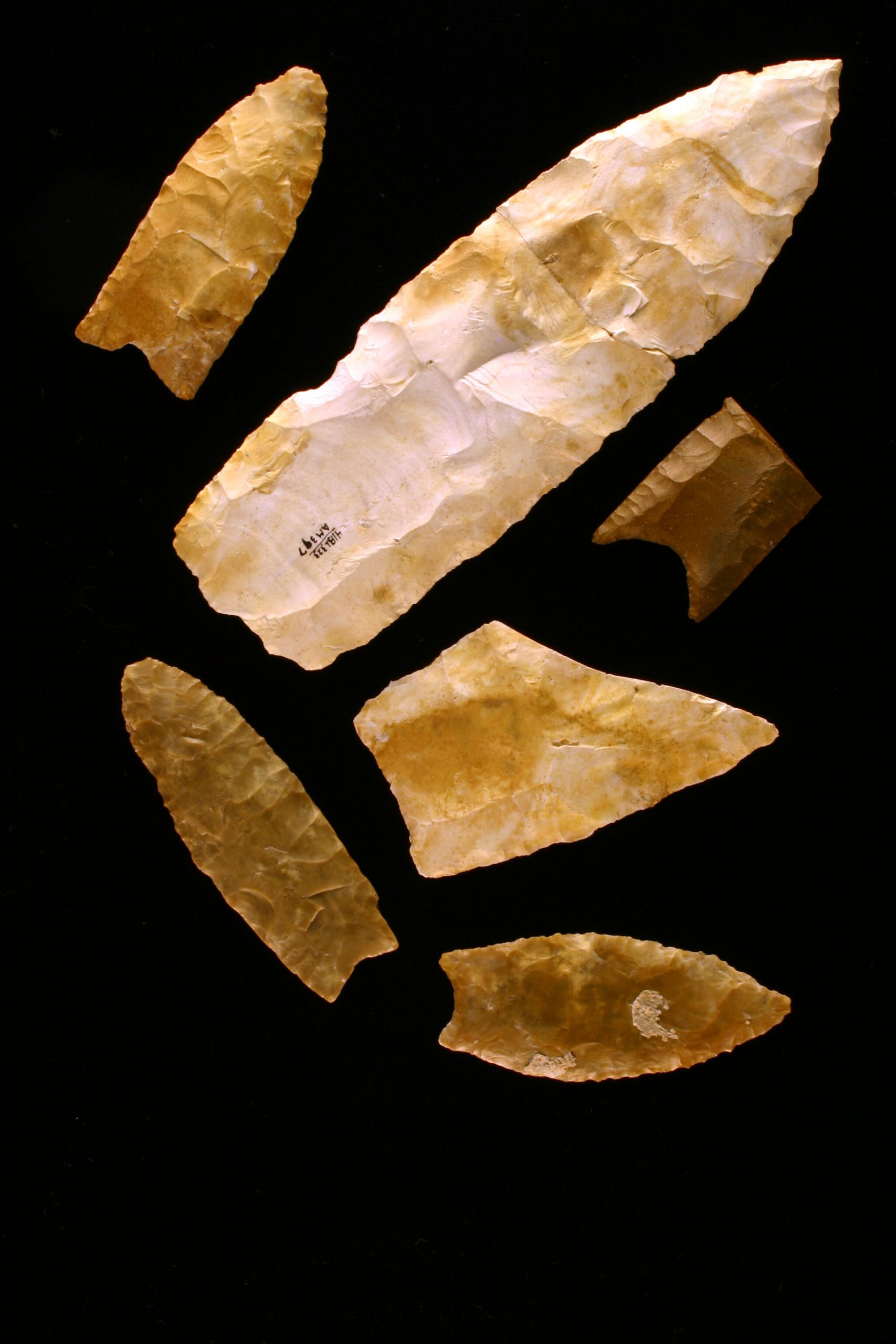 There is much debate surrounding the age of the Clovis—a prehistoric culture named for stone tools found near Clovis, New Mexico in the early 1930s—who once occupied North America during the end of the last Ice Age. New testing of bones and artifacts show that Clovis tools were made only during a brief, 300-year period from 13,050 to 12,750 years ago.

Michael Waters, distinguished professor of anthropology and director of the Center for the Study of the First Americans, along with Texas A&M anthropologist David Carlson and Thomas Stafford of Stafford Research in Colorado, have had their new work published in the current issue of Science Advances.

The team used the radiocarbon method to date bone, charcoal and carbonized plant remains from 10 known Clovis sites in South Dakota, Colorado, Pennsylvania, Ohio, Virginia, Montana and two sites in Oklahoma and Wyoming. An analysis of the dates showed that people made and used the iconic Clovis spear-point and other distinctive tools for only 300 years.

“We still do not know how or why Clovis technology emerged and why it disappeared so quickly,” Waters said.

“It is intriguing to note that Clovis people first appears 300 years before the demise of the last of the megafauna that once roamed North America during a time of great climatic and environmental change,” he said. “The disappearance of Clovis from the archaeological record at 12,750 years ago is coincident with the extinction of mammoth and mastodon, the last of the megafauna. Perhaps Clovis weaponry was developed to hunt the last of these large beasts.”

Waters said that until recently, Clovis was thought to represent the initial group of indigenous people to enter the Americas and that people carrying Clovis weapons and tools spread quickly across the continent and then moved swiftly all the way to the southern tip of South America. However, a short age range for Clovis does not provide sufficient time for people to colonize both North and South America. Furthermore, strong archaeological evidence “amassed over the last few decades shows that people were in the Americas thousands of years before Clovis, but Clovis still remains important because it is so distinctive and widespread across North America,” he said.

Waters said the revised age for Clovis tools reveals that, “Clovis with its distinctive fluted lanceolate spear point, typically found in the Plains and eastern United States, is contemporaneous with stemmed point-making people in the Western United States and the earliest spear points, called Fishtail points, in South America.

“Having an accurate age for Clovis shows that people using different toolkits were well settled into multiple areas of North and South America by 13,000 years ago and had developed their own adaptation to these various environments.”

Waters noted that a new accurate and precise age for Clovis and their tools provides a baseline to try to understand the mystery surrounding the origin and demise of these people.

Citation:
Tools made by some of North America’s earliest inhabitants were made only during a 300-year period (2020, October 23)
retrieved 24 October 2020
from https://phys.org/news/2020-10-tools-north-america-earliest-inhabitants.html