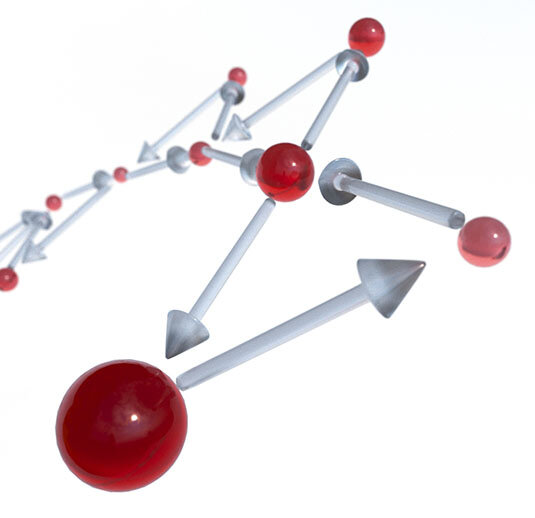 LMU physicists have shown that topological phases could exist in biology, and in so doing they have identified a link between solid-state physics and biophysics.

The concept of topological phase transitions has become an important topic in theoretical physics, and was first applied to the characterization of unusual states of matter in the 1980s. The quantum Hall effect (QHE) is one example where ideas drawn from topology have yielded new insights into initially puzzling phenomena. The QHE is observed in atomically thin films. When these, effectively two-dimensional, materials are subjected to a smoothly varying magnetic field, their electrical resistance changes in discrete steps. The significance of such topological states in condensed-matter physics was acknowledged by the award of the 2016 Nobel Prize for Physics to its discoverers.

Now LMU physicists led by Professor Erwin Frey have used this same topological concept to elucidate the dynamics of a biological model system. “We asked whether the kinds of stepwise topological phase transitions discovered in solid-state physics could be found in biological systems,” says Philipp Geiger, a doctoral student in Frey’s team and joint first author of the new study together with Johannes Knebel. The model system chosen for investigation was one that Frey’s group had previously employed to investigate the population dynamics of ecosystems in which diverse mobile species compete with each other.

The basic elements used to model this system are rock-paper-scissors (RPS) cycles, which are a classical element of game theory. Each of these elements (or strategies) defeats one of the others, but succumbs to the third. “From this basic model, we built an interaction chain by connecting many such RPS cycles to one another,” Geiger explains. “In addition, we made the original model much more abstract in character.”

In their abstract version of the model, in which species compete for with their nearest neighbors in dominance relationships that are governed by RPS rules, the authors observed the emergence of a strong degree of polarization on one side or other of the interaction lattice. In other words, species in these positions came to dominate the whole system. Whether the evolutionary dynamics of the model led to peak polarization on the left or the right side of the interaction chain was shown to depend solely on the quantitative relationship between just two interaction rates, and the dynamics was otherwise robust against small perturbations in strengths of interactions.

With the aid of methods drawn from solid-state physics, Frey and his colleagues were able to account for the polarization of the evolutionary dynamics in terms of topological phases, such that changes in polarization could be treated in the same way as phase transitions. “The model shows for the first time that such effects can occur in biology,” says Frey. “This study can be viewed as the first step toward the application of the concept of topological phases in biological systems. It is even conceivable that one could make use of topological phases in the context of the analysis of genetic regulatory networks. How such phases can be realized experimentally is an interesting question and a challenging task for future research.”