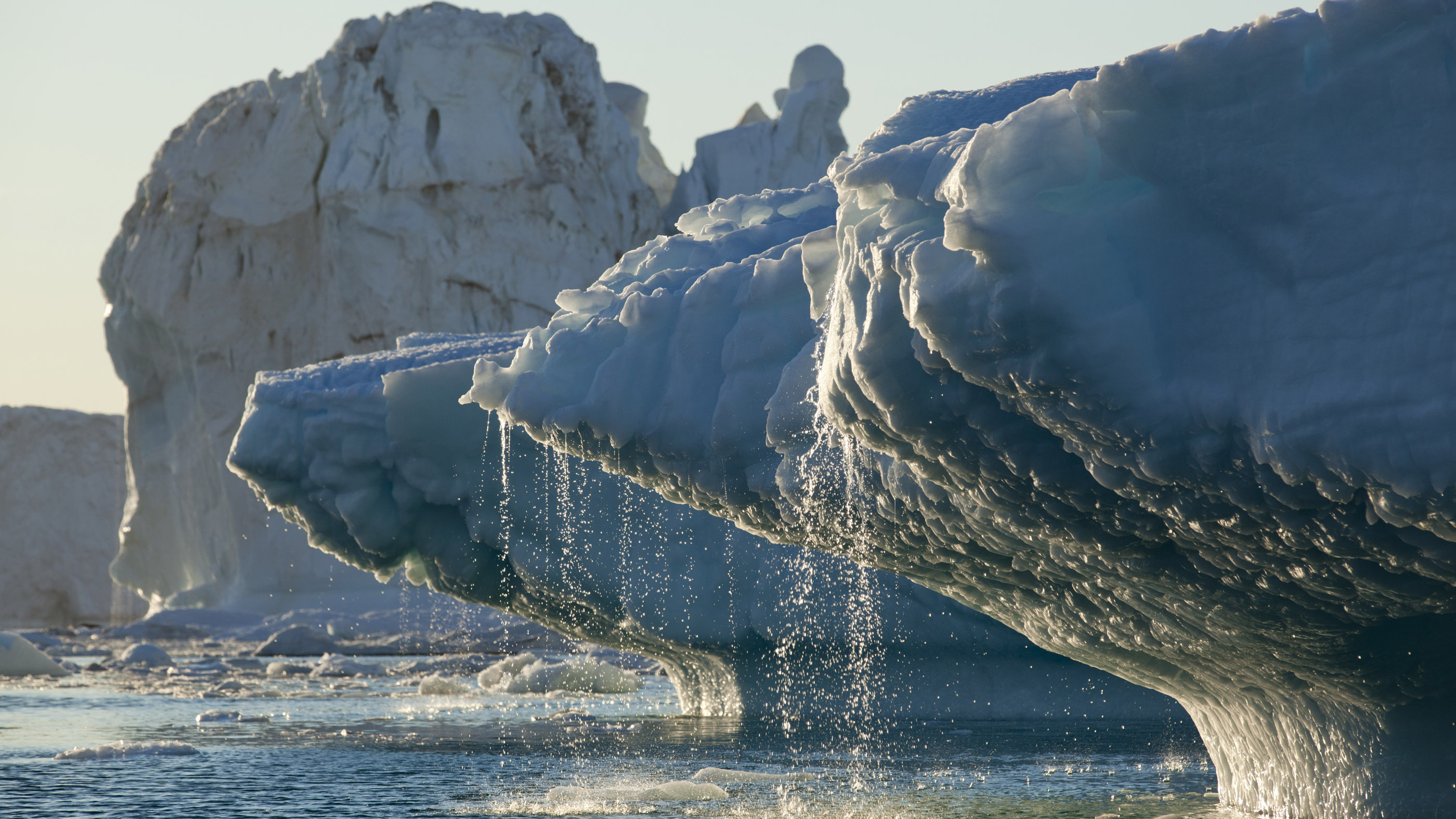 The world’s thickest and oldest sea ice is at risk of being lost as the towering ice arches holding it in place experience rapid melting, twice as fast as the rest of the Arctic.

The stretch of multiyear sea ice between the Canadian Arctic Archipelago and Greenland — which can reach around 1 million square miles (1.6 million square kilometers) and stays frozen for more than one melt season — is known as the “Last Ice Area” by scientists. Like all sea ice, it grows and shrinks with the seasons, but has so far lasted through even the warmest summers on record and was expected to endure warming temperatures longer than anywhere else in the Arctic.

It was previously hoped the area would become a vital refuge in the coming decades for polar bears, walruses and other animals that depend on sea ice, according to the World Wildlife Foundation (WWF).

But that may not be possible.

“The Last Ice Area is losing ice mass at twice the rate of the entire Arctic,” Kent Moore, a professor of atmospheric physics at the University of Toronto Mississauga and lead author of a new study, said in a statement. “We realized this area may not be as stable as people think.”

Related: In photos: A conveyor belt for Arctic sea ice

Moore and his team have been focusing their research on the ice arches that connect the Last ice Area to the mainland and hold it in place. Such arches form seasonally as the weather cools in the early winter and multiple ice flows converge at a narrow channel of water, creating giant structures that look like “bridge supports turned on their sides,” according to the statement. The arches generally melt when summer comes around.

In particular, they monitored arches that form along Nares Strait, a 25-mile-wide (40 km) channel that runs for 373 miles (600 km) between Greenland and Ellesmere Island. Two decades of imagery collected by the Sentinel-1 satellite showed that the ice arches in the strait stick around for shorter and shorter periods

“Every year, the reduction in duration is about one week,” Moore said in a statement. “They used to persist for about 200 days, and now they’re persisting for about 150 days. There’s quite a remarkable reduction.”

He added, “We think that it’s related to the fact the ice is just thinner and thinner ice is less stable.”

With the ice arches forming later and melting earlier, the Last Ice Area is becoming less stable and could start to break up more in the coming years. If the arches become so thin that they start to collapse during the winter, then the entire patch of sea ice could start to move south.

This would have massive implications, not just for photogenic animals like polar bears that rely on the ice. Blooms of algae below the sea ice, as well as in salty seawater channels that run through its cracks and fissures, supply carbon, oxygen and nutrients that underpin an entire ecosystem.

Not to mention the potential damage caused by the ice on its journey southward — which could have similar implications to the Iceberg A68-a in the Southern Ocean, which nearly collided with the island of South Georgia, as recently reported by Live Science — as well as its contribution to rising sea levels.

In 2019, Canada designated part of the Last Ice Area as a Marine Protected Area — ironically named Tuvaijuittuq, which is Inuktut for “the place where the ice never melts” — in an attempt to help protect it. (Inuktut is the Inuit language spoken by the people of the Nunavut territory). But Moore believes a global solution is needed.

“The scale is so huge and the region is so remote,” he said in the statement. “The only thing we can do is cool the planet down. Then the arches will hopefully naturally form again.”

The study was published Jan. 4 in the journal Nature Communications.