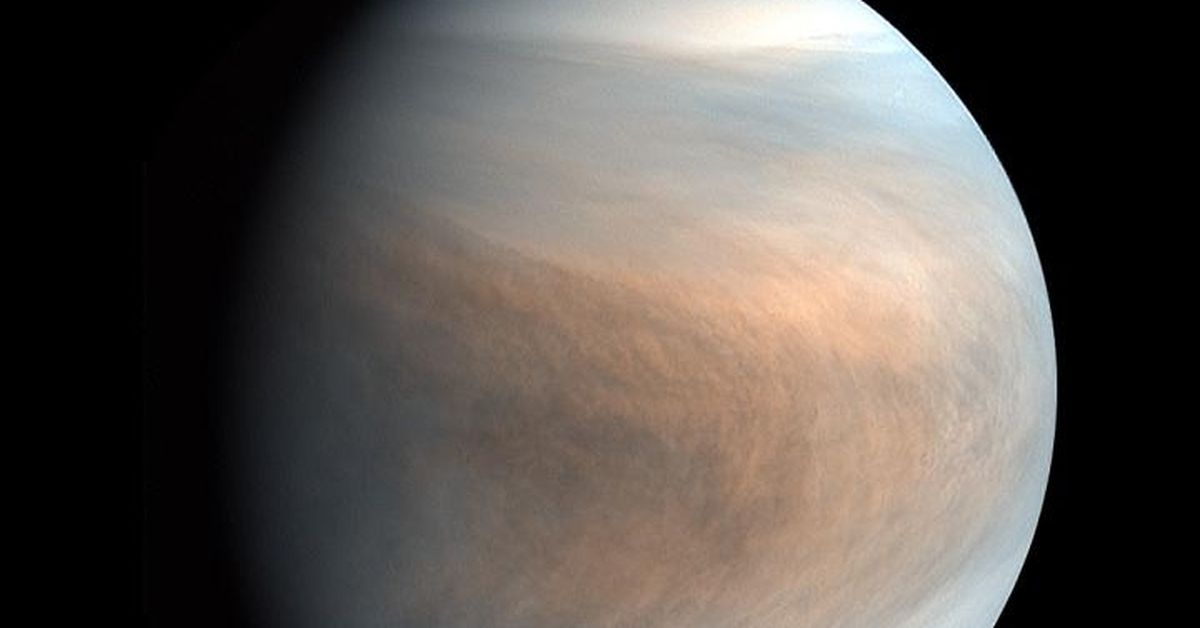 Last month, an international team of astronomers announced they had detected traces of a gas in the Venusian atmosphere that, according to our understanding of the radiation-bombarded planet, shouldn’t be there. Researchers racked their brains trying to understand why this toxic gas, phosphine, was there; a living source or weird unknown Venusian chemistry were some of a handful of likely explanations for the abundant presence of the gas in Venus’s hazy cloud decks, the team concluded.

But in the latest episode of the Venus-phosphine soap opera, scientists not involved in the original detection are taking fresh looks at the data behind the startling announcement. And their findings have been casting doubt over the original claim of inexplicable amounts of phosphine.

The original detection of phosphine was quite robust. Two separate observatories detected the phosphine — both the James Clerk Maxwell Telescope in Hawaii and the Atacama Large Millimeter/submillimeter Array in Chile.— “Through my whole career, I have been interested in the search for life elsewhere in the Universe,” Jane Greaves, lead author of the paper, said upon last month’s announcement.

Greaves and her team found a characteristic dip in brightness at a specific wavelength of light that cloud-borne phosphine would absorb. High-profile research with extraordinary claims like this one tend to receive more scrutiny than an average scientific paper, but scrutiny itself is not a bad thing. It’s all a part of the scientific process. “We are genuinely encouraging other people to tell us what we might have missed. Our paper and data are open access,” Greaves added last month. “This is how science works.”

That’s exactly what other researchers are doing, and it’s calling into question the presence of phosphine altogether. One group of astronomers led by Therese Encrenaz of the Paris Observatory—and which included Jane Greaves and MIT astrochemist Clara Sousa-Silva, one of the astronomers from the original group—reanalyzed archival observations to search for signs of the gas in the planet’s clouds. In their paper, published last week in Astronomy and Astrophysics, their new model could only resolve one-fourth of the phosphine Greaves and her team found originally—at most.

None of this is simplified by the fact that the data to be analyzed is very noisy, to begin with—Venus is very bright, so plenty of extraneous light showed up too, muddying up the signal [is this correct?!]. In an effort to smooth over that noise and let the real signal shine through, Greaves and her team fit a mathematical equation to the overall spectrum which would allow them to remove the unwanted noise and highlight the signal they’re interested in. In a not-yet-peer-reviewed paper, another group of researchers, led by Ignas Snellen from the Leiden Observatory, analyzed the data used in the initial research to see if cleaning up the noise with a 12-variable mathematic formula, as was used in the paper, could lead to spurious results. According to Snellan, using this polynomial actually gave Greaves and her team false results and they found “no statistical evidence for phosphine in the atmosphere of Venus.”

And yet another group, led by NASA planetary scientist Geronimo Villanueva, who was not involved with the original detection, reanalyzed the same ALMA and JCMT data and found that the signal that had been interpreted as phosphine could have come from sulphur dioxide, which Venus’s atmosphere is known to contain in copious quantities.

While this flurry of research does not automatically disprove that phosphine exists in Venus’ atmosphere, it opens up questions about the original team’s conclusions. This intense scrutiny continues as ALMA staff discovered a separate, unspecified issue in the data that were used to detect the phosphine. “There are some issues with interpretation that we are looking at,” says Dave Clements, an astrophysicist at Imperial College London and co-author of the original study.

Of course, measurements on and from Earth can get us only so far. The best way to conclusively determine whether phosphine is on Venus or not is to take a plunge into the Venusian atmosphere. That could soon happen as NASA considers new missions that set its sights on our closest planetary neighbor.