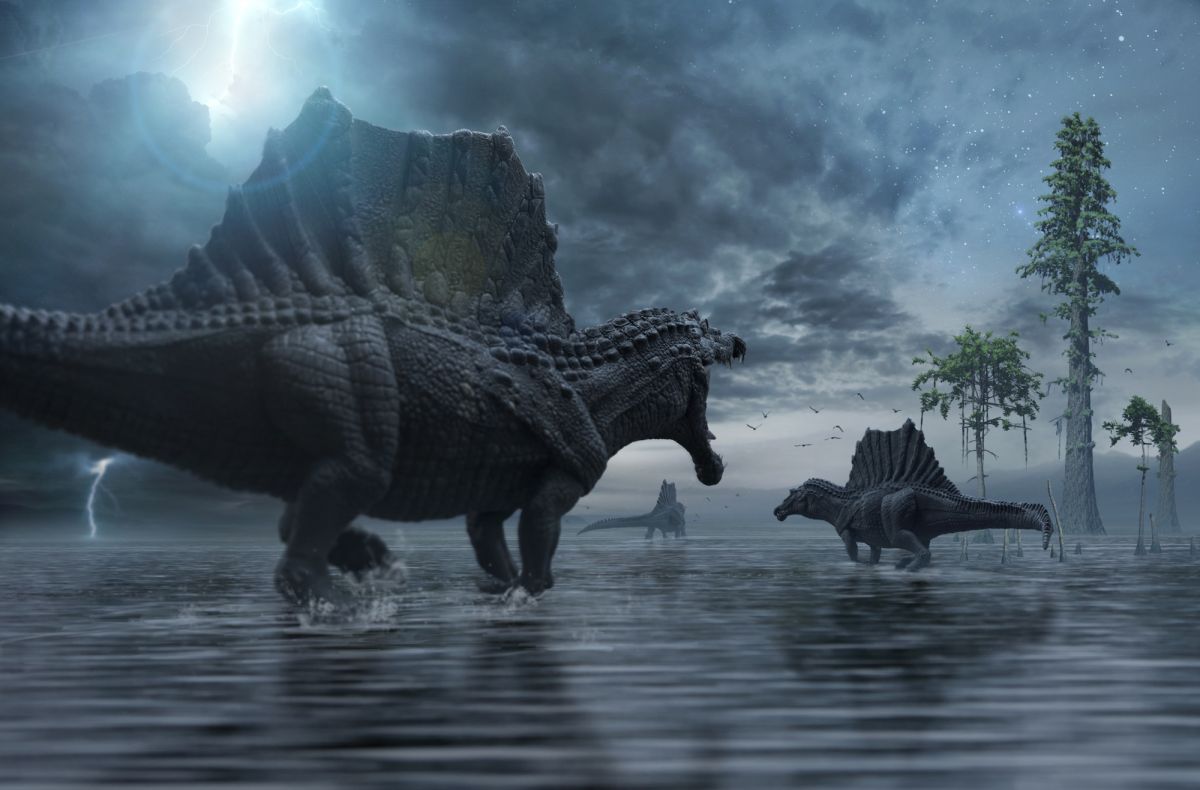 Long ago, before the dawn of the age of dinosaurs, a heavy rain descended upon the supercontinent of Pangaea — and it kept raining for more than 1 million years.

This epic rainy spell — known now as the Carnian Pluvial Episode (CPE) — occurred roughly 233 million years ago and was a stark shift from the typically arid conditions of the late Triassic period. But stormy skies weren’t the only change Earth was facing. According to a study published Sept. 16 in the journal Science Advances, new fossil evidence suggests that the CPE was in fact a major extinction event — driven by volcanic eruptions and climate change — that resulted in the deaths of one-third of all marine species, plus a significant number of terrestrial plants and animals.

This “lost” extinction event doesn’t quite reach the death toll of the five major mass extinctions typically discussed by the scientific community (the Permian-Triassic extinction, which occurred just 20 million years earlier, may have wiped out 90% of living species, for example). However, the study authors argue, the CPE isn’t just important for what was lost — but also for what was gained. Far from just a period of death, the CPE was a period of “turnover,” the researchers wrote, effectively paving the way for the dominion of the dinosaurs and the evolution of many terrestrial animal groups that still roam the Earth today.

“A key feature of the CPE is that extinction was very rapidly followed by a big radiation [of new species],” lead study author Jacopo Dal Corso, a geology professor at the China University of Geosciences in Wuhan, told reporter Scott Norris of Eos.org. “A number of groups that have a central role in today’s ecosystems appeared or diversified for the first time in the Carnian [an age within the Triassic that lasted from 237 to 227 million years ago].”

Those groups include modern coral reefs and plankton in the oceans, Dal Corso told Eos, as well as the appearance of land-based fauna such as frogs, lizards, crocodilians, turtles and a diverse new swath of dinosaurs (who would thrive on Earth for the next 150 million years). Conifer trees also made their first appearance during the Carnian, further planting the roots of many modern ecosystems and inviting the “dawn of the modern world,” the authors wrote in their new paper.

So, what brought on the world-changing rain in the first place? It’s hard to say for certain, but the study authors believe the answers may lie in a continent-spanning lava field known as the Wrangellia Province, which runs for thousands of miles across the western coast of modern-day Canada. This massive igneous province was laid down by violent volcanism during the Carnian, and overlaps (at least partially) with the CPE.

Prior studies estimate that those mighty eruptions released at least 5,000 gigatons of carbon into the atmosphere (that’s hundreds of times more than annual global emissions today), likely kicking off the extreme climate change that followed. The world became significantly more humid, heavy rains became the norm, the oceans acidified and entire species died in droves, paving the way for strange new plants and animals to slowly take over.

That’s the story that the researchers envision in their new study, anyway. However, they acknowledge, much more work is needed to understand the full scope of the CPE and its possible triggers. There may have been other volcanic events at play beyond Wrangellia, the team wrote, but pinpointing them will be a challenge, as vast amounts of volcanic basalts from the Triassic period have already subducted into the Earth. Our ever-changing planet is eating its own history, leaving stones and bones as the only clues.

You can read more about the CPE and its impacts at Eos.org.