Trump’s COVID case could be entering a crucial stage 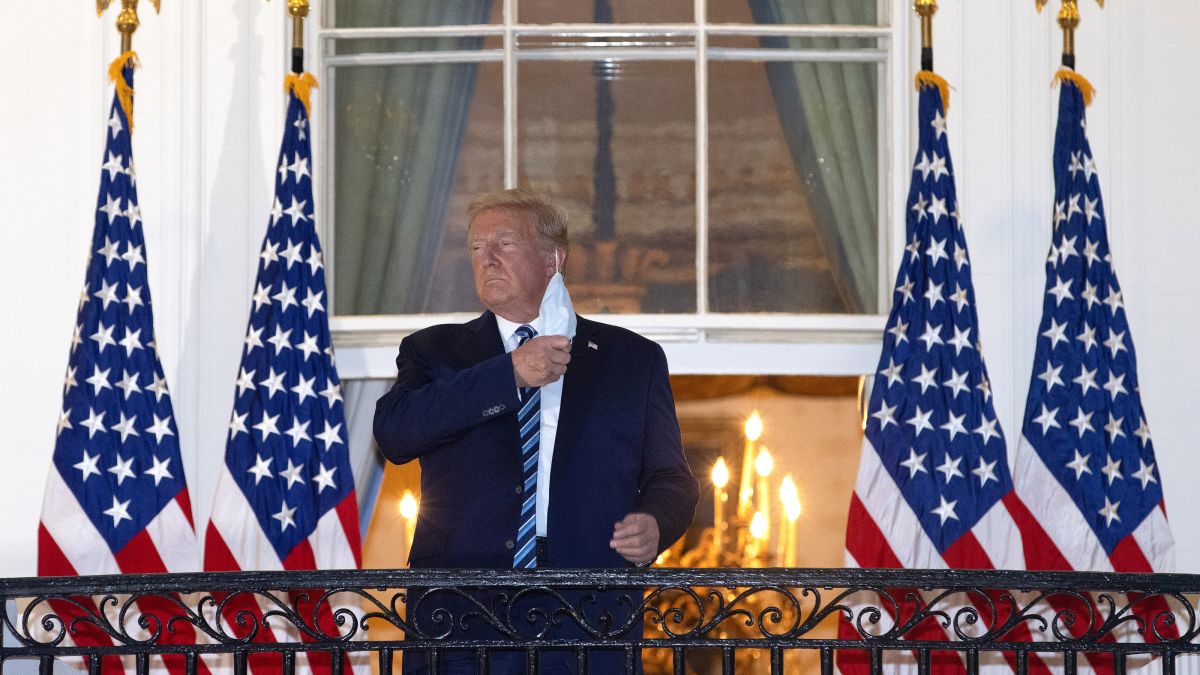 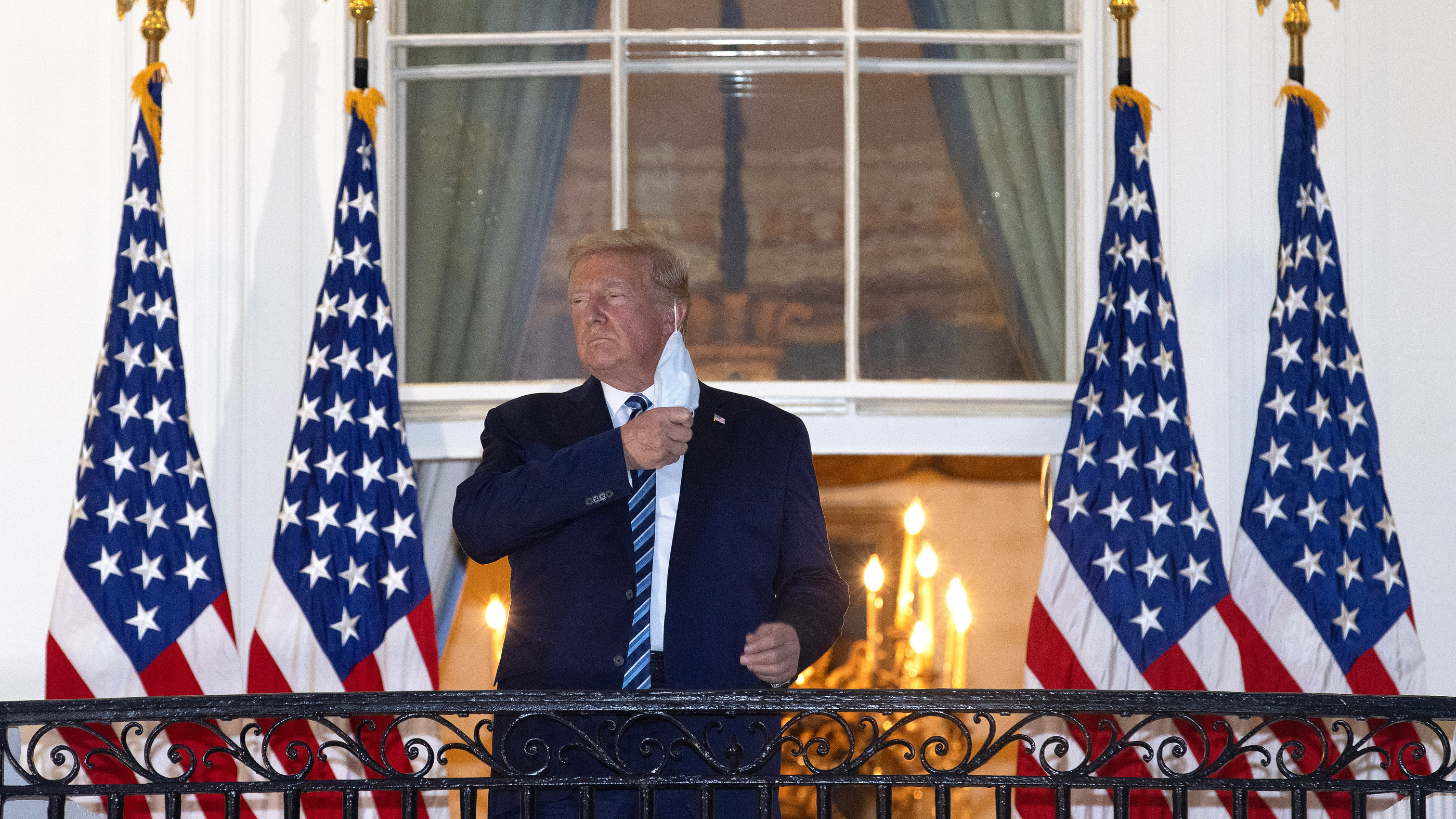 Early in the morning on October 2, President Donald Trump tweeted that he had tested positive for COVID-19. Only 33 days away from a highly contentious election, the diagnosis plunged the nation into uncertainty. Doctors, scientists and pundits quickly began speculating on what will happen to the president, and the White House has been both tight-lipped and prone to giving conflicting information about the VIP patient.

But in general, the course of this disease is no longer a complete black box to medicine. Trump will be at a fork in the road during the latter half of this week, say infections disease and critical care physicians who spoke with Scientific American. He could be heading for a bad stretch in a prolonged illness or he could be on an upward swing to recovery. Doctors sadly have the experience of treating more than 36 million COVID-19 patients worldwide and more than 7.5 million in the U.S. Using this clinical history, many now divide the disease into several stages, each with distinct symptoms and treatments. Based on when he first reported symptoms, Trump appears to be at the end of one phase and the verge of the next. Here is the sequence that physicians usually see and how it applies to the president.

A COVID-19 infection begins when the SARS-CoV-2 virus enters cells in the body and begins to replicate. This period of time, after infection but before symptoms start, is called the incubation period—and it occurs between two and 14 days after contracting the virus. While people may not know they are sick, they often become contagious two or three days before symptoms begin.

Symptoms start by the fifth day after infection for most people, and they include fever, cough, sore throat, fatigue, aches, pains, gastrointestinal issues, and loss of smell or taste. Taison Bell, a pulmonary and critical care physician at the University of Virginia, says that when symptoms arise, this change signals a person is at “peak infectivity,” which means they are shedding lots of virus particles into the air, putting nearby people at risk.

This timing has big implications for the president and those around him, Bell says: “The most famous person in the world right now has COVID-19, and one could assume, based on the time line, that he could have been infectious during the presidential debate.” The televised argument with challenger Joe Biden took place last Tuesday, and Trump began showing symptoms on the following Thursday. “He is still infectious now and was when he took his joyride,” says Bell, referring to short trip Trump took in a car with Secret Service agents on Sunday. The vehicle traveled around and just outside the Walter Reed National Military Medical Center, where he was being treated.

At this early stage of the disease, most people do not receive aggressive treatment, but Trump was given two experimental drugs: the antiviral medication remdesivir and an infusion of monoclonal antibodies. He also received an established medication: the steroid dexamethasone. Bell says that remdesivir and the antibody therapy made sense at that point in the progression of COVID-19 because they aim to slow or stop viral replication. But dexamethasone is used at a later stage to tamp down immune system overreactions. Tom Frieden, former head of the U.S. Centers for Disease Control and Prevention and an infectious disease physician, calls early use of an immune-system inhibitor “puzzling” because, at the beginning of a COVID-19 bout, the body needs its natural defenses to work to fight the virus. “I don’t know what to make of it,” he says.

Frieden also notes that most people do not have access to the experimental drugs, partially because of shortages and a lack of FDA approval, and a typical patient probably will not get all three. But it is not unusual for presidents to get special treatment because of their leadership role.

The next phase of the illness, usually occurring between six and 10 days after infection, is when the immune system goes into overdrive. “It’s kind of like the gas pedal gets pushed too hard and gets stuck,” Bell says. Not all patients go down this path, but the bodies of those who do get amped up when chemical signals called cytokines become abnormally hyperactive. The cytokines trigger a strong inflammatory response that leads to high fevers, immune cells that attack healthy tissues and lungs that fill with fluid. If this immune reaction is not controlled, patients can suffer organ failure and require mechanical ventilation.

This could be the period Trump is entering, given the timing of the onset of his symptom. According to Abraar Karan, a physician at Brigham and Women’s Hospital in Boston, who specializes in emerging infectious diseases, it will be a critical moment. In his practice, he has seen people recover from the early viral infection—and even go home from the hospital—but then decline suddenly and “come back feeling much sicker, with even worse oxygen levels and possibly other harm to the body’s organs,” he says. And when patients go down that path, there can be a lot of problems such as heart attack, organ damage, and more.

Edy Kim, a critical care physician at Brigham and Women’s, explains that a striking feature of the COVID-19 pandemic is how many patients suffer complications from the cytokine storm. In his practice, he sees a lot of people who are hospitalized with blood clots and secondary bacterial infections, such as methicillin-resistant Staphylococcus aureus (MRSA).

Some doctors prescribe preventive anticoagulants to manage clotting or preventive antibiotics to halt infection in the intensive care unit. Clotting complications, which can affect as many as 31 percent of COVID-19 patients in the ICU, can occur in even mild cases. Kim says all patients with the disease admitted to his hospital are given a very low dose of an anticoagulant. He notes this kind of medication was absent from the list of Trump’s treatments that was provided by his doctors. It is possible that it was not given to Trump because he was feeling well enough to be walking around, and activity reduces the chances of clotting, Kim says.

For those patients who eventually fight off the virus and survive the inflammatory assault, an estimated 10 percent are left with months of debilitating symptoms. Some doctors are beginning to think of this tail end of COVID as another stage. Patients suffer debilitating headaches, mental fog, deep exhaustion and an assortment of other problems. G. Marshall Lyon, an infectious disease physician at Emory University, says many of these difficulties look similar to myalgic encephalomyelitis, also called chronic fatigue syndrome, which is a long-term illness that affects a wide variety of body parts and systems. He says he has seen some success with antidepressants, but doctors are still in the learning phase, and research on effective interventions continues.

Lyon, who has treated patients during the 2014 Ebola epidemic says COVID-19 is notoriously unpredictable when the illness begins. “It’s nearly impossible to tell, in the first few days of infection, who’s going to get supersick and who’s not,” he says.

But after a week or so of illness, the prognosis becomes clearer. For Trump, Kim believes that what happens during the latter half of this week will be key. Bell agrees and says Trump could be on the cusp of heading into that immune overdrive phase—if he enters it at all. Kim admits he cannot predict the future, but “that’s generally what I’d expect.”

Read more about the coronavirus outbreak from Scientific American here. And read coverage from our international network of magazines here.