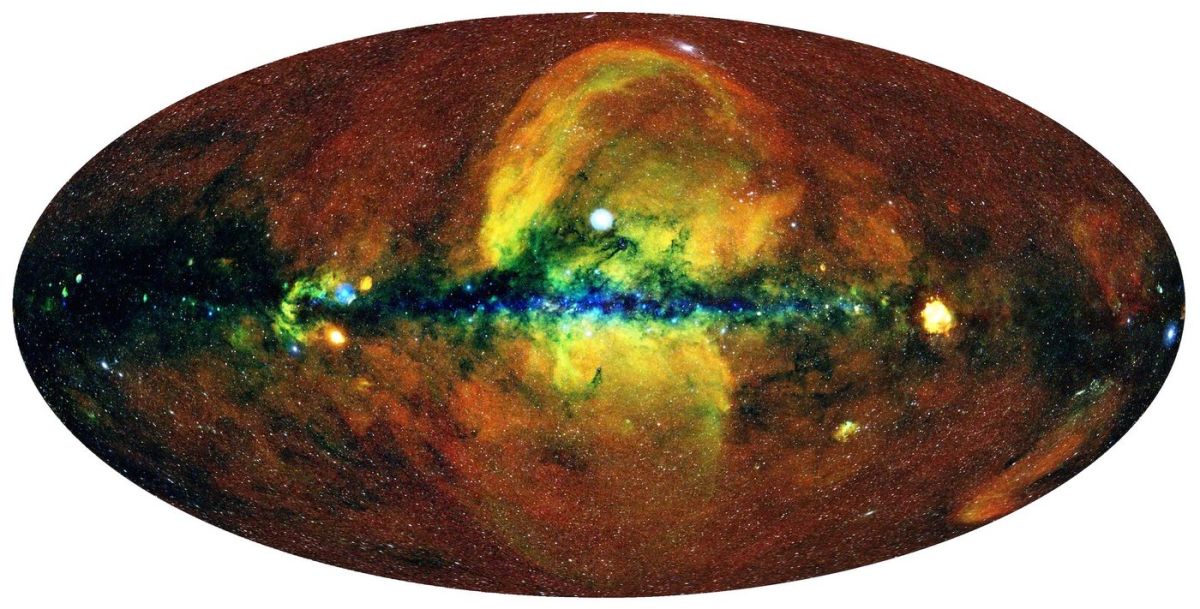 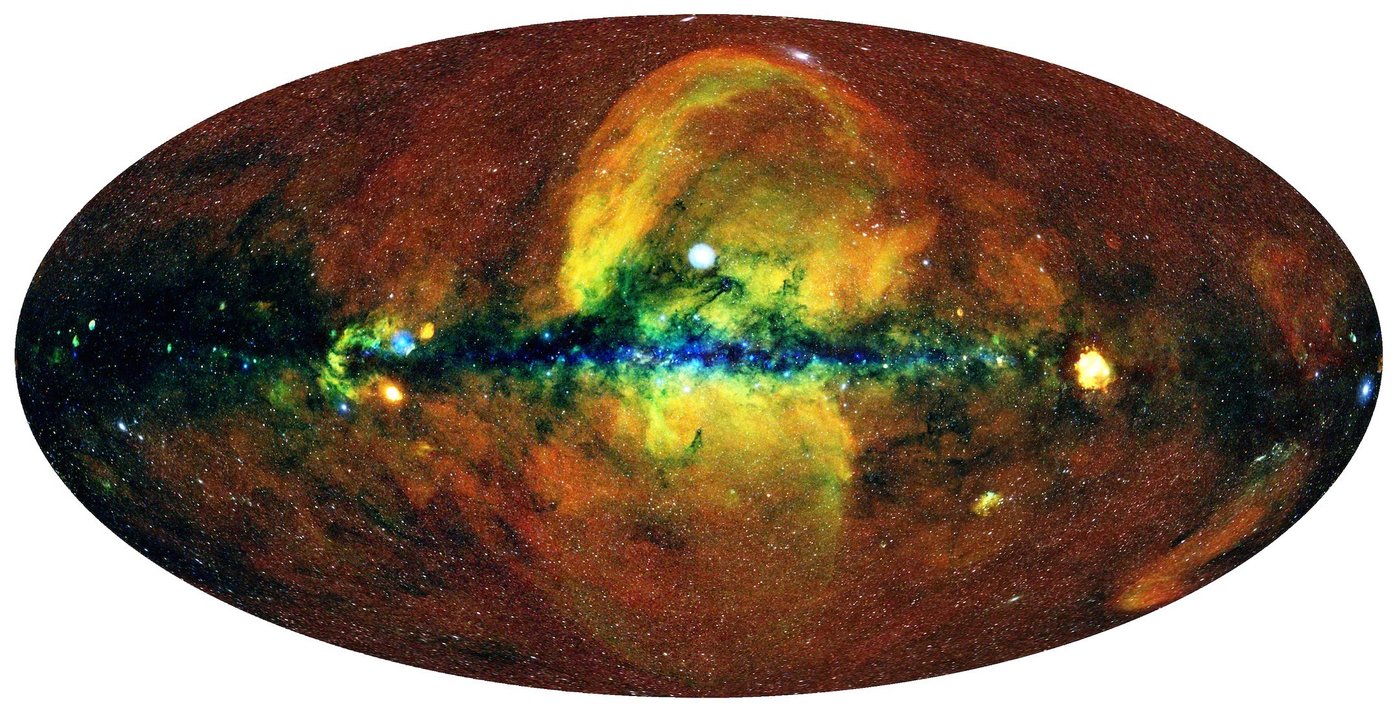 Millions of years ago, a powerful explosion shook the center of the Milky Way, sending twin shock waves blasting across the sky. Those waves bulldozed through the galaxy, heating up all the gas and dust in their path and leaving two telltale blobs of hot, highly energized gamma-rays in their wake.

Today, those blobs — now named the Fermi Bubbles — span half the width of our galaxy. One lobe towers for 25,000 light-years above the Milky Way’s disk, and the other looms just as large below it. Since their discovery in 2010, the bubbles have been a monolithic mystery of our galaxy — and now we know they are not alone.

As scientists continue to study our galaxy in every wavelength of light imaginable, strange new structures within the Fermi Bubbles — from “chimneys” of plasma to slowly inflating balloons of radio energy — continue to emerge. Now, a paper published Dec. 9 in the journal Nature reveals some of the largest Fermi-familiar structures yet: the “eROSITA bubbles.”

Visible only in X-ray emissions, these newfound bubbles are considerably less energetic (and less hot) than the Fermi blobs but are nearly as gargantuan, measuring about 45,000 light-years from end to end. Like the Fermi bubbles, these orbs of hot gas tower above and below the galactic plane in a distinct hourglass shape, pinned to the galactic center at the point where the two blobs meet.

Given their similar shape and common midpoint, it’s likely that the Fermi and eROSITA bubbles share a physical connection, and probably emerged from the same eruption of galactic fireworks millions of years ago, the authors wrote in their study. What caused the bubbles to blow in the first place is still a mystery, but astronomers suspect it involves an explosive outburst of energy from our galaxy’s central black hole, Sagittarius A*.

That explanation fits for the newfound X-ray bubbles, the study authors wrote, considering the amount of energy required to inflate them. The team calculated that an energy release equivalent to that of 100,000 supernovas (powerful stellar explosions) was needed to create these structures — a figure on a par with X-ray energy releases observed in other galaxies with active black holes at their centers. Even if this hypothetical explosion is millions of years old, its traces would still be visible.

“The scars left by such outbursts take a very long time to heal,” study co-author Andrea Merloni, a senior scientist at the Max Planck Institute for Extraterrestrial Physics in Germany, said in a statement.

Merloni and his colleagues discovered the X-ray bubbles using the eROSITA X-ray telescope, which rides around the cosmos aboard the Russian-German Spektr-RG satellite. The telescope scans the entire sky every six months, constantly updating our view of the X-ray universe.